How Will Slot Machines Look in the Future? 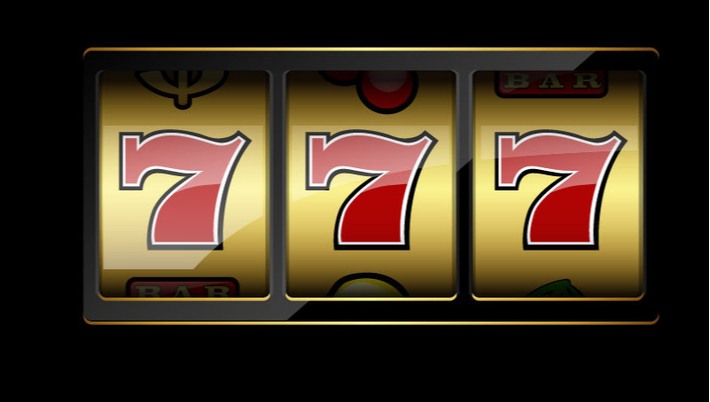 Many questions remain regarding the future of slot machines but if the social media/online casino slot/strategy game Coin Master is any indication, it will be a combination of many different gaming genres along with the chance to achieve real money winnings through matching spin combinations and other achievements. Coin Master hooks players in to an energy system that bombards the player with constant events, push notifications, in-game pop-ups and lots of chances to spin the reels to complete combinations.

The game’s developer, MoonActive, is a mobile game start-up which is reinventing the concept of slots. Slots continues to be a popular game at retail and the Grande Vegas casino online and slots revenues are among the highest in the gaming industry. Yet for several years, gaming analysts have been warning casinos that the innovations in other types of gaming entertainment will soon render slots play obsolete, Developers, the analysts say, should put time and effort into upgrading the slots to make them more engaging for 21st century players.

That’s where Coin Master comes in. MoonActive took the analysts’ suggestions to heart and created a base-building strategy game that merges with slot machine thrills. Much to the gaming industry’s surprise, Coin Master has proved to be wildly successful – as of February 2021 it had over 100 million downloads.

According to analysts, slots generate anything between 70% - 80% of casino revenues. That, however, doesn’t take into account the fact that slots machines haven’t seen much product innovation for several years. Everything stays stagnant – choose your machine from a list of several dozen (or several hundred), place your deposit, collect your payout, repeat.  That product stagnancy, combined with the fact that the only differences from one slot to the other involve art styles, UX and production quality,

Coin Master is turning out to be the spark that is lighting the fire under slots developers and is causing online casinos to urge them on. MoonActive has shown that progressively deep content can be included in a single slot machine along with a more substantial meta, hyperactive live operations, strong social features and a great UX/production value. The traditional slots model is being dropped on its head as Coin Master intrigues slots players on many levels.

Coin Master is not only engaging traditional slots players but it’s also expanding social casino gaming into new regions. What is it about this game that may, potentially, change slot machines forever?

Coin Master has proven that it can take the traditional slot machine experience and insert other gaming elements such as base-building and stealing/attacking other players. The art style is casual but the gameplay is great there’s a strong social loop over high-quality live-ops that combine to deliver a unique slot experience that is drawing many slots aficionados away from the traditional slots experience.

Coin Master’s core loop involves spinning reels which generate different reel symbol combinations. Wagering is similar to a traditional slots game. From there, the fun begins. Every spin outcome results in either winning “shields” to protect one’s winnings, gaining “coins” or “raiding/attacking” which allows the player to steal coins from other gamers’ bases. The player has the opportunity to progress up the saga map which then allows him/her to unlock more features and win bigger jackpots.

Slots’ popularity was always believed to be based, largely, on the game’s simplicity. But, it turns out that, in this age of highly complex video gaming and esports competitions, even slots players want something more involved. Coin Master’s success lies I the fact that the elaborated ore loop is still digestible core gameplay.

Spinning continues to be the focus of the loop engagement and length of the gaming sessions are still limited to prevent burnout. But rewarding payouts and extra bonus events – attacking, raiding build and battle games, shielding to block attacks from other players, special Coin Master raids and collecting pets --  go beyond “free spins” to create a more compelling atmosphere of genuine competition.

The backbone of the game is the base and saga map in which players use coin winnings to build and upgrade structures in the village base. As the player completes  each step of the saga map, they move up to the next level of the saga map. New features are unlocked and result in higher coin payouts from the various matches on the slot reels. Moving up the map results in more animated and more exquisite graphics.

When all is said and done, Coin Master’s biggest lure is that it’s a multiplayer game where gamers compete against other. Traditional slots is the player against the machine but in Coin Master, one player attacks the other and defends against others as the same is done to  and with him/her. These loops drive organic user growth and  retention.

No one is saying that these elements are “cutting edge.” Rather, they create a welcoming environment in which players can invite their friends to join in their gaming adventure as they build cooperation and competition both inside and outside of the game which drives short-term session-to-session engagement, organic user growth and medium to long-term retention simultaneously.

Why did  MoonActive choose slots as the core play mechanic versus a Wheel of Fortune type of game? Slots are the most popular category of casino games both online and at retail casinos. In addition, the new “Auto—Spin” and “multi-spin” features have been shown by research to keep more players locked into the gameplay for longer periods of time because they are solitary experiences and because people have been shown to be more receptive to pattern recognition and near-win experiences, which slots provides. .

There’s still a lot to learn about  possible new directions for slots. But if Coin Master is any indication, slots fans can look forward to serious slot machine upgrades as the slot design world learns from Coin Master’s successes.