How Will the 2022 Defense Spending Bill Facilitate the Opening of a North Carolina Tribal Casino? 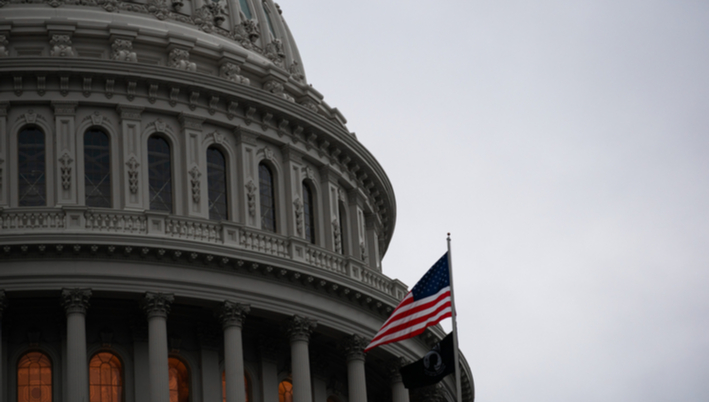 U.S. citizens could be forgiven for thinking that the annual U.S. defense spending bill was about……defense spending. But the legislative branch’s practice of tacking riders onto bills in order to pass completely-unrelated pieces of legislation has resulted in passage of a clause that authorizes a South Carolina tribe to open a casino in a neighboring state.

NDAA 2022 passed the House of Representatives in September 2022 and the Senate in December 2022, allowing it to be signed into law to fund a wide variety of Pentagon programs. In addition, a rider put forth by unlikely allies Senate Majority Leader Charles E. Schumer (Democrat) and South Carolina Republican Lindsay Graham) will make it possible for the Catawba Indian Nation of South Carolina to open a land-based casino – and maybe, in the future, an online casino -- in nearby North Carolina.  Our Vegas casino online real money casino has been following the story.

The tradition of tacking amendments onto the National Defense Authorization Act goes back to 1961 when the bill was first presented to Congress. This year Congress authorized $768 billion for the Defense Department along with unrelated amendments including the authorization for the Catawba Indian tribe to open a casino across the state border.

The unusual Graham/Schumer alliance came as the Catawbas pushed their fight to exempt themselves from a 1993 settlement which affirmed that, in exchange for being recognized by the federal government, they would adhere to South Carolina’s state gambling laws as opposed to the more flexible federal Indian Gaming Regulatory Act.

According to the Indian Gaming Regulatory Act, tribes can operate gaming options individual states don’t otherwise allow. In the case of South Carolina, Native American-run casinos can’t offer slots and table games so to find a different solution, the Catawbas plan to build a casino in Kings Mountain, just across the border in North Carolina.

The Department of the Interior rejected those plans but Graham and Schumer teamed up on the work-around amendment to the NDAA to make it happen.

Schumer and Graham’s amendment is part of a long history of congressional attempts to facilitate the Catawba Nation’s casino. The Interior Department dropped their objection in 2020 but North Carolina’s Eastern Band of Cherokee Indians which operates North Carolina’s two current casinos, sued the Interior Department and the Catawbas in federal court,  objecting that a new Kings Mountain casino would interfere with their existing operations.

According to the Cherokee court filing, the government cleared the way for the casino without congressional approval due to political pressure from GOP megadoner Wallace Cheves. Cheves, says the suit, is a managing partner of Skyboat Gaming, a development company that is partnering with the Catawba Indian Nation to pursue the development of their Kings Mountain casino.

According to Richard Sneed, chief of the Eastern Band of Cherokee Indians, only the federal courts should be able to decide the outcome of the dispute

Now the Schumer-Graham amendment gives the Catawbas a work-around to move forward despite the judicial proceedings. Questions are still being raised however, especially after Cheves donated $125,000 to the Trump Victory PAC just two months before the Department of the Interior gave the Catwbas the go-ahead to take the land in North Carolina into trust. Cheves lists Skyboat Gaming as his employer.

Building their casino in North Carolina will give the Catawbas the opportunity to add more gaming opportunities than they would have had if they had built in South Carolina. If plans move forward as hoped they will be able to offer sports betting at the new Kings Mountain casino as well.

North Carolina is one of 26 states (plus Washington DC) where sports betting is legal but currently it’s legal only in the two existing tribal casinos, one in Cherokee and the other in Murphy. Those are the casinos that are operated by the Eastern Band of Cherokee Indians of North Carolina.

Bipartisan support will be needed to pass Senate Bill 688 and the bill’s sponsor, Rep. Jon Hardister, says that he now believes that he has it. In an interview he told Spectrum News, “it makes sense to create a framework and allow people to do it legally. The state can collect tax revenue on it.”

If Senate Bill 688 passes, sports venues and locations other than the casinos would be able to offer sports betting. Sports betting enthusiasts are optimistic. SB 688 has already cleared a key House committee and passed the Senate  so it could make it to the House floor for approval in the coming months. There are currently no plans to legalize online sports betting in the state though that could be coming further down the line.