How Will VR Impact the Future of Gaming? 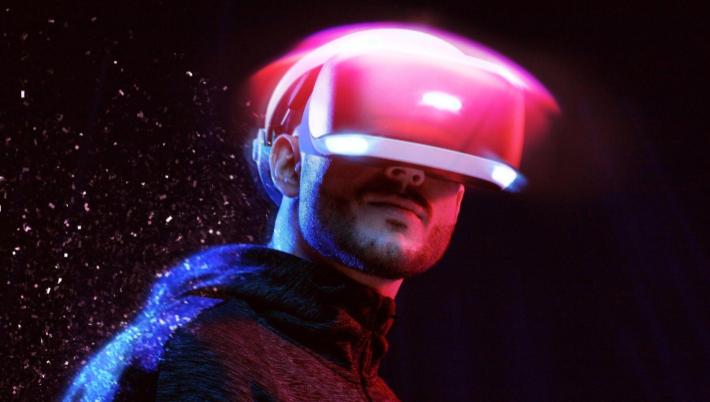 Gaming technology is advancing quickly. Within the last few years gamers have seen the introduction of 3D gaming, cloud gaming, advances in graphic design, decentralized gaming via blockchain, mobile gaming advances and more. None of these new tech innovations will have the expected effect on video and our own Grande Vegas online casino USA gaming that will be seen as virtual reality gaming gets up and running.

Virtual reality headsets plunge wears into 3-dimensional virtual worlds that make the gaming experience an actual real-life adventure. Sony and Oculus Rift (Facebook/Meta) have been developing VR headsets that immerse the gamer in fantasy worlds and even in mundane day-to-day scenarios. No one doubts the huge impact that VR is going to have on the gaming world. The question is just how much of gaming is going to be VR.

VR games can be played on specialized game consoles, stand-alone systems or advanced  PCs and laptops and PCs that have the capability to power VR tools. There are subsets of VR gaming such as augmented reality (AR) and mixed Reality (MR) where the player’s real world includes virtual elements that can be seen with a camera or a headset.

MR and AR platforms tend to be VR-focused but have the ability to introduce new types of experiences. VR, AR and MR games include many different genres of games including racing, combat and more. Some VR games involve problem-solving or exploration.

There are different kinds of VR gaming, with the type of game dependent on the type of gaming device being used. They include VR games on laptops and PCs current top VR headsets for these types of games are Oculus Rift and HTC Vive. VR games for mobile have their own games, controllers and headsets including the current frontrunner Samsung Gear VR.

To play VR games you need a VR headset and goggles through which you become immersed in the game. Other tools that you might want include a VR controller, VR gaming gloves, steering wheels, mice and pointing devices and accelerators for racing games. There’s even VR treadmills that sense and transmit how fast and far you're walking or running.

Now that the VR hardware is on the market, the next step in ensuring the success of VR in gaming is dependent on the games that are created for VR. People won’t be willing to buy VR headsets and other gear if the games developed for VR aren’t compelling. Game developers are working hard to have games ready to launch when the headsets hit the market.

“We’re going to make a great piece of hardware that delivers on the promise of great VR,” Oculus Rift CEO Brendan Iribe told CNN. “But it’s going to be up to content developers – game developers – to make great experiences. They can still make things terribly wrong. …..It’s a big challenge. Game developers are just going to have to learn how to make great VR.”

To start the process, Oculus delivered 60,000 developer kits for the first version of its headset and 40,000 for the second. Games must be developed for each specific headset though the headsets are similar so the mathematics of developing games for multiple types of headsets is fairly simple.

Some of the best of the currently-available VR games include:

Resident Evil 7 is a Sony PlayStation VR exclusive that brings a first-person take to the long-running survival-horror adventure. The game is full of careful item-hunting and tense exploration which brings it well beyond the kind of action game that made earlier games in the franchise so memorable. The game is atmospheric with horror all around and although it loses a bit of graphical fidelity when it’s played in VR, it’s still a winner.

Superhot is available for Oculus Rift, Windows MR, PSVR and HTC Vive for VR play and on other platforms for non-VR gaming. The game is a first-person shooter where you dodge bullets, evade machine-gun-equipped enemies, throw items and more. Every level combines puzzle-solving with shooting so you need to use some brain cells as well as your ability to shoot and dodge to win.

You can play  music/rhythm dance/movement Beat Saber on Oculus Rift, Windows MR, PSVR and HTC Vive. The lightsabers slash to music as you avoid bombs, duck obstacles, slash blocks and make your lightsaber workout into a VR rave dance.

The game takes place within a futuristic world. Where you slash the beasts before they can attack you. There’s a different saber for each beast and you need to match the saber and the direction of the slash to the beast to earn the status of a dancing superhero.Rick and Morty:

Play Rick and Morth: Virtual Rick-ality on Oculus Rift, Windows MR, PSVR and HTC Vive. This weird, funny game brings episodes of the loony rick and Morty to life, almost like Job Simulator. The surrounding environment transforms over and over as you explore Adult Swim Games and Owlchemy Labs , the Smith household, Rick's garage  and alien worlds. You teleport, throw, prob and throw and even smack Rick in the face here and there!Robo

Recall is an  Oculus Rift exclusive  which takes you into the second game of the series where you shoot enemy robots. There’s options to teleport into a group of robots, grab bullets out of the air and throw them back, juggle robots, slow down time, grab the robots’ weapons and even their limbs. Dispatching the bad guys takes place in a number of ways, each of which gives you a different opportunity to up your score.