Will a US-China Trade War Affect the Casino Industry? 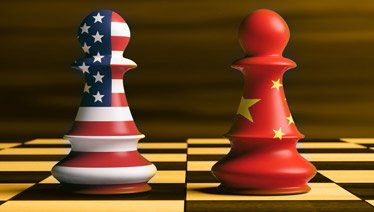 The U.S. and China seem to be steaming toward a full-fledged trade war. If the battle heats up, American casino companies could absorb a good portion of the collateral damage. Mainland China has been the largest source of international travel and travel spending since 2012.

Beijing can easily direct these travelers away from sites that represent the disfavored US government as it uses online Vegas games to reward its friends and punish its enemies.

Three casino concessions in the Chinese territory of Macau are American-owned and they could see the fallout from the first round of a trade war skirmish.

History of Casino Gambling in Macau

Gambling was legalized in Macau in 1850. The territory hosted fantan houses — houses where gambling took place. These fantans were legal and were required to pay taxes to the government. Accounts tell of 200 such venues which drew gamers from both within Macau and its surrounding environs.

In 1999 Macau became a special administrative region of China. China made no changes to Macau's gambling policy and the Macau government granted new operating concessions (and subconcessions) to new operators. These included Wynn Resorts, Galaxy Entertainment, Las Vegas Sands, and the MGM Mirage.

Today gambling tourism is Macau's biggest source of revenue. Almost half of the economy comes from casino entertainment. Visitors include gamers from all over the world including from Hong Kong and China, Australia, New Zealand and America. Today Macau is the pre-eminent gambling capital of the world. The territory grosses the highest amount of gaming/gambling revenue in the world.

Rein describes the process by explaining how China divides up the world into "hot partners," "warm partners," and "cold partners." Designations of countries and the relationship that China has with different nations are fluid and shift according to the policies and leadership of the moment.

For instance, in 2013 Philippine President Benigno Aquino III took China to international arbitration over competing claims in the South China Sea.  China discouraged travel to the Philippines and banned Philippine mango imports.  When Rodrigo Duterte took over from Aquino in 2016 he announced that he would seek cooperation with China over maritime claims. The Philippines then morphed into a "warm partner."

The impact on the Philippine economy was staggering. Philippine visitor arrivals shot up and Philippine gaming revenue rose 14% to a record US$3.28 billion. This year it was surpass that number.

China’s opposition to deployment of the U.S. THAAD missile system in South Korea made that nation a "cold partner" and the country's gaming revenue and tourism arrivals crashed. Cambodia, on the other hand, has become a "hot partner" thanks to its defense of China’s maritime stance inside Southeast Asia’s ASEAN group. In Cambodia arrivals from China rose nearly 50% last year and gaming revenue increased to $926 billion, an 85% increase.

Now the U.S. is becoming a cold partner and its vulnerability in a trade war is showing on numerous fronts, including in Macau where American-owned casinos could be the first to bear the brunt of Chinese ire. Visitors from mainland China account for roughly 90% of Macau's gaming revenue. Wynn Resorts, Las Vegas Sands, and MGM Resorts International each hold gaming concessions in Macau through Hong Kong listed subsidiaries. Macau's gaming revenue is estimated to be five times that of Las Vegas, making it a lucrative venue for casino operators.

In addition to the number of visitors, China could also punish American casino owners by ending their concessions. MGM's concession agreement expires in 2020 and other operators' concessions can be cancelled as soon as 2022.

Rein foresees more tempting targets for Chinese authorities. He predicts that China will go after Sheldon Adelson and his Sands Casinos in a big way, thanks to Adelson's support and friendship with Donald Trump. “The risks for Sheldon Adelson’s Sands casinos are quite high” Rein says. “It is quite possible that China will target his casinos specifically because he is a Trump crony. It is possible they will ratchet up police surveillance of his Macau properties in order to spread fear among high rollers and even middle-class gamblers that they are being checked in on by the authorities. Or they will launch an audit of their books. Either way, a move could be viewed as having plausible deniability that the government cloaks as a crackdown on corruption or tax evasion, as they did against Lotte in China's battle with South Korea.”

To compare, President Xi Jinping’s crackdown on corruption launched a 26-month slump which reduced casino revenue by 38% (US$17 billion). That crackdown wasn't aimed at Macau. Now, two years after that crackdown, Macau's revenue hasn't yet reached halfway back to where it was prior to the attack on corruption.

If Beijing does target Macau or the casinos that operate there,  the damage could be enormous.