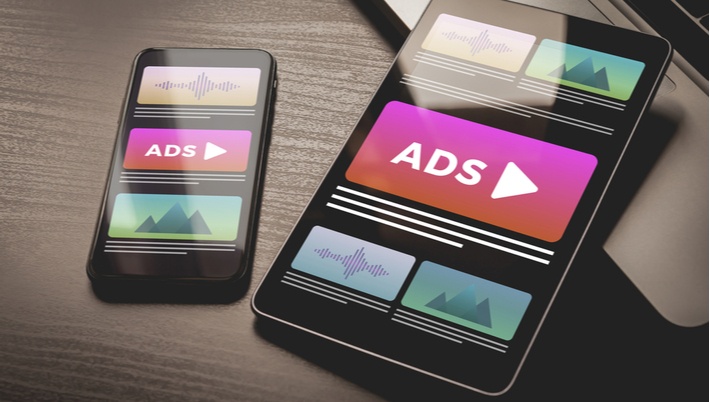 Facebook gamers now have a choice to refrain from participating in advertisers’ efforts to gather data for their online advertising campaigns.

The impact on Facebook has been catastrophic for the company which had already been dealing with a devastating six-hour outage and the fallout over allegations that it encourages hate speech.  Facebook recently published a blogpost in which it detailed the damage that it is experiencing by Apple’s App Tracking Transparency (ATT) feature.

The feature was launched in conjunction with the release of iOS 14 and prevents Facebook, or any other platform, from tracking a user’s searches, posts and interactions UNLESS that user actively opts IN to tracking.

Now, advertisers including clothing manufacturers, appliance and tech companies and online casino sites with no deposit bonus codes will be forced to gather information elsewhere in order to effectively target their advertising campaigns effectively.

The Identifier for Advertisers (IDFA) is a device identifier assigned to a device by Apple. The device is used by advertisers  to track data about potential customers which allows them to deliver customized advertising.

In general, the advertisers are given a general picture of what happens by monitoring users’ interactions with mobile ads.

Up until now, the IDFA has been applicable to iOS devices across the board so  advertisers can track the IDFAs within a campaign to discover relevant information about the people who respond to their advertising campaigns. IDFAs offer users privacy because the IDFA’s depersonalization of user data ensures data protection for individual users.

There’s an Android equivalent to the Identifier for Advertisers -- GPS ADID (Google Play Services ID for Android). Android users have access to their GPS ADID in their settings menu under ‘Google - Ads’ which allows them to reset the ID and opt-out of ad personalization.  Apple’s new IDFA, on the other hand, gives users the choice of opting INTO the tracking service.

The IDFAs have been a precise and tool for advertisers to track a mobile advertising campaign on iOS but lately users have been opting out of it in larger numbers through the LAT Limit Ad Tracking tool that ensured that users wouldn’t be shown targeted ads. Currently 20% of iOS users have enabled LAT so they can’t be tracked using IDFA.

A large percentage of iPhone users have decided to forgo IDFA tracking and Facebook is paying the price. With Facebook tracking turned off, advertisers are having trouble measuring their campaigns effectively because without the IDFA, they can’t see how many users clicked on an ad, did a search for the company and then converted that interaction with a sale.

On its blogpost Facebook admitted that it was finding it difficult to measure iPhone ad performance and the results of a number of campaigns were being under-reported.

Criticism has been leveled at Apple’s ATT feature which, the Washington Post reports. Is “functionally useless.” One criticism involves the fact that the feature relates only to specific types of IDFA tracking which leaves compliance of the rest in the hands of app developers.

But how well the new app tracking rules work may be a moot point. In a new study, carried out by the Washington Post and the Lockdown ad blocking app, many apps are able to continue to identify and track users even after they opt out – or refrain from opting in.

In general, the study found that iPhone apps aren’t accessing devices’ Apple IDFA when directed to refrain. However, some popular apps are simply flipping a toggle switch to override user tracking preferences which allows them to continue to send identifying combinations to third-party tracking companies.

By scrutinizing the data and permissions transfer of frequently-downloaded apps (including App Store “must play” games), researchers found that the apps were allowing users to opt out and were informing users that the app  would like to use the IDFA to serve personalized ads and gather information about device activity.

However, the apps continue to collect data points in the background which identifies the end users, similarly to the way that IDFA operates. Some can’t track the users on their own but, when combined, they can pinpoint an individual user as s/he browses or moves to different apps in the same advertising network with a high degree of accuracy.

Some apps access the device name while others, such as an app that does device fingerprinting, might combine the user’s cellular carrier, language settings, time zone, audio settings, preferred screen brightness, iPhone model and total storage space on device to create a profile.

Apple’s iOS 14 app tracking rules expressly forbade tracking through device fingerprinting. But as long as those app developers refrain from accessing the IDFA, enforcement remains lax. Apple relies on user reporting and flagging to identify apps that might be evading the rules. But since the fingerprinting process is often not evident to the user, it’s hard to identify, much less stop.