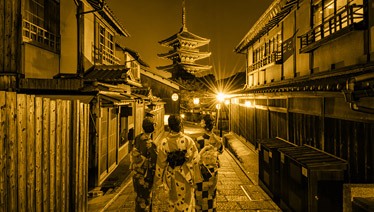 Now that the general outline of casino regulations has been approved in Japan the ruling Liberal Democrats submitted the IR Implementation Bill for parliament's approval. The introduction of the bill remains a key milestone in Japan’s push for a casino industry.

Key measures of the bill, which would allow for Grande Vegas type casinos to be built in 3 Japanese locations, include requirement of a  ¥6,000 entry fee for residents, a 3% cap on the size of the gaming area within an integrated resort and a 30% flat tax rate on revenue. Japanese citizens will be restricted to three casino visits per week and 10 casino visits per month.

Prime Minister Shinzo Abe, a proponent of the bill, said, in a speech to a government committee meeting, “The bill will enable us to achieve our policy aim to promote long stays by tourists from all over the world and implement measures to surely address various concerns including those about addiction.”

In addition to reviewing the various measures contained in the bill the Parliament will also debate labor conditions for the casino workers. The casino liberalization bill is only one measure that the government is promoting in order to improve the economic structure of Japan.

If the measure is approved, the first licensing for casinos in Japan could be granted by 2020 with resorts opening shortly thereafter.

Traditionally gambling in Japan has taken the form of "takarakuji" – lotteries — and "pachinko" – a type of pinball game. Since gambling for cash has, until recently, been illegal in Japan, payouts for pachinko wins would be delivered in the form of balls which could then be traded in for "keihin" – prizes. Only pre-designated organizations and municipal institutions were authorized to run takarakujis.

In approved casino resorts in 3 to-be-determined locations in Japan. The Liberal Democrats believe that, by bringing land-based casinos to Japan, tourism will increase and a culture of gaming, entertainment, dining, gambling tourism and conventions can develop.

Opponents want to see the government prepare for problems that come with casinos including gambling addictive behavior and organized crime, including money-laundering. These are some of the issues on which the Parliament is now focusing as they move the plan for integrated casino resorts forward.

Japan approved the casinos because it wants to emulate Singapore's iconic Marina Bay Sands — that casino-resort brought a significant economic and image improvement to Singapore and Japan would like to enjoy that same boost. At the same time, Japanese lawmakers are aware of the dangers of allowing casinos to open in their country. Pachinko losses last year exceeded $30 billion dollars and revenues from pachinko are associated with organized crime and money laundering, including cash transfers to North Korea.

According to recent surveys, two-thirds of Japanese oppose casino legalization so the government is moving cautiously as it allows the casino giants to get their foot in the Japanese door. The Integrated Resorts Bill calls for 6,000 yen (US$55) entry tax for residents, Singapore-style limits on casino size – 3% of total gross floor area – and a limit on three IR licenses in three different areas of Japan. Even so, many casino companies see Japan as a lucrative market and are prepared to spend US$10 billion on Integrated Resorts in areas such as Osaka and Tokyo.

Competition for the licenses will be fierce but the licensee will get a monopoly in its area, meaning that it won't be forced to compete with other local gambling venues. The Hong Kong Managing Director of Morgan Stanley is pessimistic about the no-competition situation. He suggests that the government allow three US $3 billion Integrated Resorts in an area instead of one US $10 billion IR. “You’d get more non-gaming and more variety."

Wynn Resorts would like one of those licenses. President of Wynn Development Chris Gordon is promoting “an entertainment district, not one building.” Paul Steelman, a renowned hospitality architect, envisions small and medium Japanese enterprises that are anchored by the IR to create an atmosphere of authenticity and vibrancy. This, Steelman, presents a compelling proposition for domestic and international travelers.

Caesars Entertainment Corporation is also interested in entering the Japanese entertainment market but not necessarily as a provider of gambling events. Jason Gastwirth, Caesars president of entertainment, confirmed that he is in "initial discussions" with talent agencies and other related groups to look into the possibility of opening an integrated resort theatre.

Gastwirth said that “Our pitch to the market has been that we are entertainment first,” and explained that the Las Vegas-based company’s approach to entertainment tends to “concentrate in theatre space.” Caesars would build on its Vegas "residency" system in which top performers such as Celine Dion, Jennifer Lopez and Mariah Carey give several weekly performances in a small (4000 – 5000 seats) locale for a combined elaborate and intimate performance.

Gastwirth commented that “entertainment is the leading driver of trips to Las Vegas,” and that Caesars would like to create a similar effect for Japan in order to build “a true destination resort.” Caesars envisions that such an IR theatre would also be used for major event shows and sports. He explained, saying “We’re trying to think through what’s going to be the type of programming that’s going to support that future."