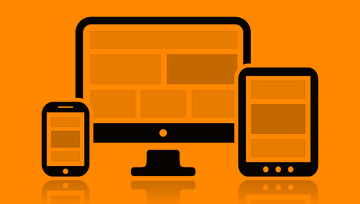 In recent years, an occurrence known as Vegas casino game transfer phenomena started to draw the notice of researchers, the press and the general public. Now that the numbers of game players has jumped due to coronavirus stay-at-home restrictions, the once-little-known subject has become a popular item for discussion.

Game transfer phenomena (GTP) refers to issues involving perception among game players. It’s a common experience among video gamers and refers to an experience in which some of their perceptions, behaviors and thoughts are tied to the games that they play.

GTP episodes take place after the gamer has left the gaming session. These instances can take the form of hearing  game sounds, seeing images and other cognitive quirks. For instance, a Tetris player may see falling shapes in his/her mind while a gamer playing an augmented or visual reality game may visualize characters and missions of the games. Online slots gamers might hear the sounds of the reels spinning and payout sounds chiming.

Much of the research on GTP has been taking in the psychology department at Nottingham Trent University.  Angelica Ortiz De Gortari, who is leading the study, described what the researchers observed.  “There were lots of examples of players hearing the game music, in the same way as you continue to hear music in your head when you’ve stopped listening,” she said. “Some players heard voices, some heard game sounds. Often it happens when you’re trying to fall asleep – players would look for their computer or console because they thought they’d left the game on.”

When in-game situations involve real-world cues, instances of GTP seem to be strongest. In one case, a player reported that, when he passed a building that reminded him of a structure that was present in one of his favorite games, he would hear sounds from that game in his head. Another study participant said that whenever darkness fell, she would recognize game sounds that would warn her that monsters were coming.

Dr Mark Griffiths heads up the University's International Gaming Research Unit where the study is taking place. He described an incident in which a number of participants reported transferring elements of the interface -- the game’s content – into their real lives.

The initial findings of the study were first reported in the International Journal of Cyber Behaviour, Psychology and Learning. Griffiths says that "the academic literature goes back to 1993" which related that  "there was a case of a woman who had auditory hallucinations; she just couldn't get the tune of the game she was playing out of her head – it was very intrusive.

But what came out of our pilot research were lots of different experiences, some that were auditory, some visual and some were tactile. We had the example of a teacher who dropped his pen and immediately reached for a joypad button to retrieve it, as though he were in a game.

"Most of the experiences were neutral and often quite positive. We distinguished between what we call automatic GTP, which are almost like reflexes or classically conditioned responses, and those where players deliberately take elements out of the game and work them into their day-to-day routines."

The obvious question is, what does this research tell us about the human mind? Griffiths believes that many of these responses are classically conditioned, in the same way that Pavlov’s dogs were conditioned.

"So if you come out of the game and come across a similar situation in real life, this conditioned response kicks in for a second or two. From our interviews it's clear that gamers fully realise they're not in a video game – they're just taken back to it," Griffiths says.

Not everyone accepts GTP at face value. Members of the Nottingham Trent University Team acknowledge that they are still in the early stages of their research and they’re still trying to summarize what they’ve learned.

De Gortari theorises that GTP involves the way the brain processes, and assigns meaning to, sensory inputs. “These sounds have a meaning, a purpose in the video games – and their meaning affects how players can respond in real life,” she said. “Players hear the sound in their head or ears, or they externalise it. The research tells us about how the brain forms associations, and how easily they can be confused. It shows a lack of control over auditory experiences – they can be disturbing, annoying or even funny.”

De Gortari  notes that GTP generally follows long or intense gaming sessions. She says that the research provides information about how the mind creates associations and then learns from those associations. She believes that, for example, this may be useful in developing strategies for learning new languages. “There’s a lot of research into the effects of music, but not a lot into sound,” said De Gortari. “ What are the ramifications? There is lot to learn.”

For gamers, the research into GTP provides an understanding on the effects that playing video games can have on the individual’s sensory perceptions, behaviors and cognition. The study offers a view of the in-game phenomena such as embodiment, trance state and immersion that takes place via manipulation of peripherals, hardware and in-game activities.