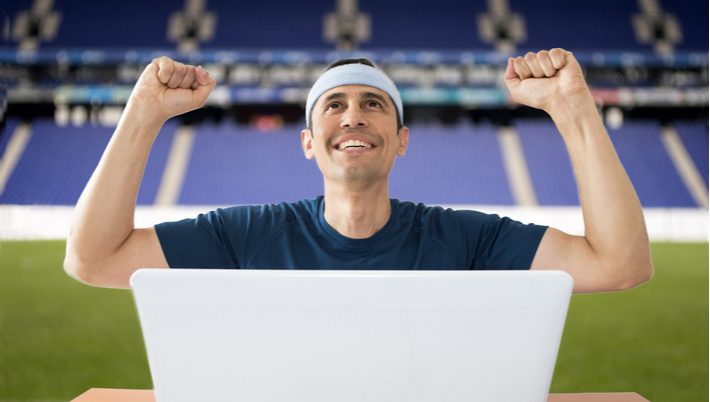 Despite slapping a 36% tax on gross sports wagering revenue, Pennsylvania is number three in the country in retail and online casino sports betting action. Pennsylvania joined the list of Vegas casino online and retail sports betting states in May 2019 and since that time, has seen its revenues increasing  from one month to the next.

Pennsylvania is currently the state with the third-highest sports betting handle. Its September income totaled $462.8 million which topped the August record by 26.8%. Even though taxable revenues for the state were lower, due to operators using non-taxable promotional credits to draw in new bettors, the state still took in $18.3 million in revenue.

Pro-sports betting advocates in Pennsylvania started to promote legislation in the state for sports betting immediately after the Supreme Court ruled, in May 2018, that states could legislate sports betting in their own jurisdictions. Advocates noted that by legalizing sports betting, more jobs would be created, the state’s financial deficit could be helped and the economy would be given a needed boost.

The state already has been running a lottery since 1971 and in 2004 passed the Pennsylvania Racehorse Development and Gaming Act which laid down the conditions under which casinos and racetracks could operate in the state. Seven land-based casinos were built, followed by “mini-casinos,” built in airports, truckstops and other kiosks which were legalized by the Truck Stop and Satellite casino bill of 2017.

Yes. Pennsylvania legalized sports betting in 2017. The law became active when the Supreme Court repealed the Professional and Amateur Sports Protection Act which opened the door to states legislating sports betting for their jurisdictions.  Many observers criticized Pennsylvania for setting an astoundingly-high tax rate of 36% on tax betting revenues but ever since the state’s first sportsbooks opened, the demand has done nothing but grow, leading many operators to apply for licenses to run sportsbooks in Pennsylvania.

Currently, there are 12 retail establishments that operate land-based sportsbooks in their Pennsylvania casinos including Harrahs Philadelphia, Hollywood Casino at Penn National Race Course in Grantville, Lady Luck Casino Nemacolin in Farmington, the Meadows Racetrack and Casino in North Strabane Township, Mohegan Sun at Pocono Downs in Wilkes-Barre, Parx Casino and Racing in Bensalem, the Mount Airy Casino Resort, the Rivers Casino in Pittsburg, the Presque Island Downs and Casino in Erie, the Sands Casino Resort Bethlehem, SugarHouse Casino in Philadelphia and the Valley Forge Casino Resort in King of Prussia.

In addition, there are presently four online betting apps that take sports bets from anyone physically located in the state of Pennsylvania. They include FoxBets, Unibet, FanDuel and DraftKings. In the coming months, two retail outlets – Codish and WindCreek – are being built which will offer both online and retail sportsbooks while Golden Nugget and BetMGM have announced their own plans to open online Pennsylvania sportsbooks.

Philadelphia is seeing the most activity in sportsbook operations thanks to Barstool Sports which has partnered with the Penn National Sportsbook to launch the Barstool Bets app.

Paul Martino, the founder of Bullpen Capital Paul Martino is spearheading much of the investments in Philadelphia sports betting, explained why he wants to focus on the City of Brotherly Love. “Right here will be the epicenter for sports betting in the United States,” Martino told CBS Philly. “That company we invested in [FanDuel] when it was worth $8 million is now worth $25 billion......How could we build a really tech-infused, high-end sports bar on steroids that you would want to take Instagram pictures of? That’s the concept of Bankroll.”

Martino is one or a number of investors who are placing their bets on Philly sports gambling. Martino wants to find a physical location for Bankroll which they plan to house a sportsbook partner and a restaurant. But the sportsbook at Bankroll will be mobile with bets made online. He hopes to be up and running in time to take bets for Super Bowl 2022.

BetMGM is also readying to enter the Philadelphia market with interactive gaming and sports wagering. The Pennsylvania Gaming Control Board has given BetMGM licenses for both and the company needs little time to join the state market.

BetMGM originally applied to operate an online sportsbook in Pennsylvania in January 2019. It later updated its request to include online slots, online table games and online poker. BetMGM currently intends to establish a land-based partnership so that it can launch interactive gaming and sports wagering in the state.

BetMGM’s plans bring a new option to the state. Up until now, the only online gambling has been for sports betting. BetMGM wants to bring a more comprehensive online gaming platform to the state. BetMGM’s parent company is Roar Digital which is a joint venture of  GVC Holdings and MGM Resorts International. MGM operates the Borgata in neighboring New Jersey and the Borgata is recognized as a gaming entity by the Pennsylvania Gaming Control Board. That partnership allows BetMGM to operate online casino games, including a sportsbook, despite the fact that it doesn’t have an in-state land-based partner.

It’s still not clear whether BetMGM will offer both sports betting and online casino games at the outset but whatever it decides, the game has changed in Pennsylvania for online gaming entertainment.

Poker enthusiasts are waiting for poker options other than the existing PokerStars online poker platform that is presently the only online poker located in Pennsylvania. If BetMGM is successful in their partnership with Bogata, World Series of Poker (which has plans to partner with Caesars) has already said that it won’t open until next year so if ROAR/BetMGM launches, it may bring PartyPoker to Pennsylvania for a second online poker alternative.

Let's thank our lucky stars we don't have to worry about this.  ALL states can continue to enjoy our Vegas casino games here at Grande Vegas. If you haven't yet, join now and get in on our holiday promotions coming up quickly now.