Iowa and Nebraska vs. the Ponca Tribe 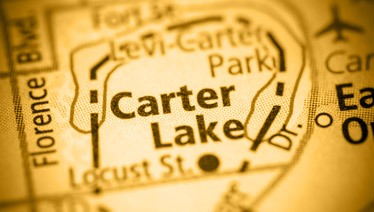 Ever since the Supreme Court 1987 ruling that overturned restrictions on Native American tribes establishing casinos on their native lands, tribal councils around the United States have built gambling centers to attract tourism, develop their local economy and create jobs. The ruling gave tribal councils the right to open bingo halls, run lotteries and operate casinos in states where casino entertainment was legal. Only Congress, the Court ruled, could limit or regulate land-based or Vegas online gambling activities on reservation lands in states where casinos were legalized.

Now the Ponco Tribe is testing that ruling by pushing ahead with plans to open a casino in Iowa, a state with no legalized gambling. Nebraska has joined Iowa in a suit, filed in Federal Court, which names the National Indian Gaming Commission and the U.S. Department of the Interior as defendants for their support of the Ponco tribe's plans.

In the mid 1980s two Cahuilla Indian tribes, Cabazon and Morongo Bands of Mission Indians, owned and operated bingo parlors on their reservation lands which are located in Riverside County, California. The Cabazons also operated a card club for playing card games. The State of California tried to shut down the games, arguing that the gaming venues violated state regulations.

In 1987 the Supreme Court handed down its ruling on the case, stating that, since California didn't prohibit gambling as a criminal act – the authority to regulate gaming activities on tribal lands rested with Congress and not with any state authorities.

The Cabazon case established a broader definition of tribal sovereignty than had existed in the past, The implications regarding the sovereignty of Native American tribes in the United States were expanded while, for gambling purposes, it was determined that Indian gaming activities can only be called into question in states where gambling is deemed criminal by state law.

The native lands of the Ponca Tribe include Ponca lands in Oklahoma and a group that's located in the region that surrounds the mouth of the Niobrara River in northern Nebraska, near the Iowa border. The Nebraska Poncas have been working on plans to open a casino in Carter lake for years, despite legal challenges from the City of Council Bluffs and now, from the State of Nebraska and the State of Iowa.

The tribe lost its federal recognition and reservation land holdings in 1962. The tribe regained federal status in 1990 when it established a council and started to rebuild its governmental structure. The Poncos purchased the Carter Lake land in 1999.

The National Indian Gaming Commission gave the tribe permission to open a casino in November 2017 which will be located on land that the tribe owns in Carter Lake. Council Bluffs has challenged the Indian Gaming Commission's approval of the project on grounds that the Carter Lake site, which was recognized as part of the Ponco ancestral lands following federal recognition of the tribe almost 30 years ago, should not qualify as Ponca “restored lands.’’

Council Bluffs has a vested interest in keeping the Poncas from opening a casino. They have gone to court to stop the plans, saying that the Ponca casino could compete with the lucrative state-licensed gambling facilities that already operate in the Bluffs. Those casinos draw millions of visits  every year from Omaha and the Carter Lake recreation and resort area. Council Bluffs receives approximately $3 million in taxes and fees from those operations annually plus approximately $8 million a year in charitable contributions.

The Council Bluff's legal complaint, which targets the federal Department of Interior and the Indian Gaming Commission – the two departments that gave the Poncos permission to go ahead with their casino – has been joined by the States of Iowa and Nebraska.

Lake Carter is located in Iowa, which allows casino gambling, but it's a 15-minute drive from Nebraska which does not. According to Nebraska Attorney General Doug Peterson, when the Ponca Ponca Tribe bought  the Carter Lake property the tribal leaders stated they wanted to build a pharmacy and a medical clinic on the site. He said “we don’t think this was the original intent of the restoration of the land to use it for gaming purposes.”

In addition to the objection of Nebraska residents crossing the state border to play at the Ponco casino and then bringing their gambling problems back with them, the state feels that any criminal problems that arise in the casinos will become the problem of the Omaha Police Department and won't be taken care of by the police department that serves Carter Lake. “Gambling is a serious concern for law enforcement” says Peterson. “We have enough issues that we see from the gambling that takes place currently on facilities in Council Bluffs that are not on Indian land.”

Based on those worries Nebraska has joined the suit with Iowa. “The law enforcement concerns, the gambling concerns associated with that will have a direct impact on the Omaha area and the state of Nebraska,” Peterson said. “So, we can show to the court that we will experience harm if this is allowed to go through.”

Larry Wright Jr., chairman of the tribe, is undeterred. “We’re moving forward,’’ he said “We’re evaluating and weighing our options.’’ According to White, the tribe intends to develop a casino with 50 table games, 2,000 slot machines and a 150-room hotel. “We’re confident that the court will affirm the decision of the National Indian Gaming Commission that our Tribe has the right to conduct gaming on our sovereign land. Today’s announcement from the State of Nebraska will not stop the Ponca Tribe of Nebraska from developing our sovereign land in a way that allows us to better serve our members and provide a positive economic impact in the Carter Lake community.”