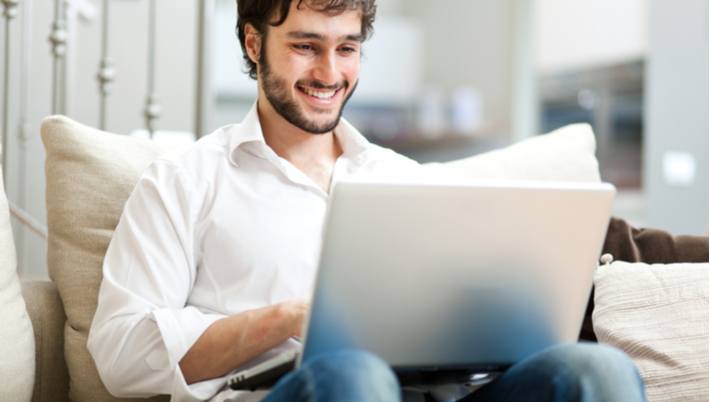 Spoil Alert:  this article is going to make you VERY happy that you spend your entertainment time at Grande Vegas casino online - even happier than you are right now!

According to a recently-released IRS memo, Daily Fantasy Sports companies must pay federal excise tax on their entry fees and  on every wager. DFS companies such as DraftKings and FanDuel must also pay an annual employment tax on each person who accepts such wagers and the “employees” must register as such with the IRS.

The memo indicates how IRS auditors would view those payments in the event of an audit, though the memo itself isn’t binding law and whether it would hold up in court is a matter of opinion.

In 2018 the DFS industry generated about $335 million in revenue which is included in its $3.2 billion intake from entry fees.

DraftKings CEO Jason Robins called the memo “deeply flawed in its analysis". “Our position continues to be, which we believe has been reaffirmed through state legislatures and courts throughout the country, that DFS is not wagering,” he said. “We believe that the arguments at the federal level are incredibly strong.”

The Daily Fantasy Sports industry involves companies that operate online games in which fans compete for cash prizes. The participants create fantasy line-ups and then pay an entry fee to have their “team” compete. Winnings are based on the performance of the professional athletes in real-life games. DFS has been deemed to be a competition of skill, rather than luck, by numerous court rulings so many observers are questioning whether the IRS memo, which says that the IRS considers that, under the tax code, the entry fees meet the definition of a wager.

Kate C. Lowenhar-Fisher, a Nevada-based gaming attorney at Dickinson Wright PLLC said, “This is one of the most significant events in the evolution of sports betting in the United States that has happened in a long time.” Implications include bills for millions of dollars in taxes for DFS companies who might be charged for back taxes by the IRS. In some jurisdictions such an IRS bill could be “potentially business-destroying.”

In accounting for the differences in state laws, the IRS says that the amount of federal excise tax owed is based on whether the wagers are legal in the states in which they’re placed. Legal sports wagers are to be determined based on an excise tax of 0.25% of the amount wagered while the annual occupational tax for each person accepting wagers is $50. If the wagers are illegal in the state in which they are accepted, the excise tax would be 2% and the occupational tax would be $500.

Lowenhar-Fisher commented that “It’s significant that the tax applies to the wagers themselves, as opposed to revenue….a 2% tax on handle can roughly equate to like a 20% tax on revenue,” she said, basing the figures on her experience dealing with companies in Nevada. Handle is the amount of money accepted in wagers”

The issue will almost certainly need to be decided in court. Daniel Wallach, an attorney with Wallach Legal LLC who specializes in gaming law points out that the memo is at odds with the U.S. District Court for the District of New Jersey’s ruling Humphrey vs. Viacom. In that case, the court ruled that entry fees for fantasy sports did not constitute a bet or a wager. Even though that case was focused on season-long fantasy games, it is, Wallach says, a precedent that can be used by DFS companies who are ready to challenge the IRS.

Even in states where the state legislature hasn’t decided whether fantasy sports are a game of skill as opposed to gambling, according to the IRS memorandum, the operators must still pay the tax.

The IRS memo marks the first time that the Revenue Service has tried to go after DFS entry fees. However, as opposed to countries like the UK or Canada where gambling wins are not taxable, in the United States, gambling income is taxable.

If you win cash (or an item – the value of which is taxable) you must report it on your federal income tax return. Gambling winnings include money or prizes earned from onsite casino games, slot machines, lotteries, raffles, bingo, game shows, betting pools, horse or dog races, sweepstakes and poker tournaments. Gambling wins are generally subject to a flat 24% tax.

Conversely, you can deduct gambling losses and itemize the deductions. Deductions may include losses only up to the amount of your winning payouts.

The IRS requires that you keep a detailed record of your gambling wins and losses.

If you are a professional gambler, your gambling income is considered regular earned income and is to be reported as such.

Again, happy we play at Grande Vegas and not where winnings are taxed!