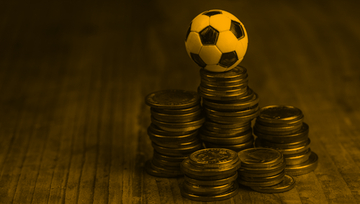 Twenty seven years ago, Congress passed the PASPA Professional and Amateur Sport Protection Act. After more than 2 decades, in 2018, the U.S. Supreme Court ruled that the Act was unconstitutional.  By overturning PASPA, SCOTUS opened the door for each individual state to legislate Vegas casino online sports betting for its own jurisdiction.

Many members of Congress were unhappy to see PASPA overturned.  They believe that PASPA was a critical tool that allowed sports organizers  to maintain integrity for sporting events.  The leagues, which had lobbied strenuously against allowing sports betting in the United States, were also dismayed to see states given the freedom to legislate sports betting.

Now, many observers are watching Congress closely. There has been talk of returning some measure of federal control over sports betting in the United and last year Congress even held preliminary hearings.  The issue has faded from the public eye for the meantime but many observers believe that Congress will, in fact, try to regain a measure of control in the not-too-distant future.

Most people believe that sports betting will become legal in most states within the next five years. Opponents of expanded sports betting often cite the issue of sports integrity as one of the major reasons that betting on sporting events shouldn't be allowed. They believe that athletes and support staff could be compromised by the public's easy access to wagering opportunities.

Athletes could throw games.  Referees and coaches could make internal information, such as information about a star athlete's injuries, available to those who pay for that type of data. League officials could also be persuaded to sell pertinent data, giving some bettors an unfair advantage.

All of these reasons make it clear, according to a number of  Congressional representatives, professionals in the sporting world and  sports enthusiasts, that federal oversight is obligatory.  Others aren't so sure.

Naimia Stevenson, Associate general council for the NCAA, says that the NCAA believes, that federal legislation should require betting operators to work with the leagues. This is a position that many high-level league officials are taking since they would like to see the operators be required to give the leagues a percentage of their profits.

This view has been expressed by the NBA's general council Clarence Nesbitt who said that he expects that any Congressional legislation would take into account  better protection of players' rights. He is also concerned with instituting more stringent controls that would prevent illegal operators and criminals from taking a piece of the pie.

The Congressional hearings that were held in 2018 on the subject reviewed these issues but, as of now, no conclusions or preliminary legislation was forthcoming from those early hearings.

The likelihood that Congress and the federal government will indeed step in increased when Senators Orrin Hatch and Charles Schumer agreed to jointly sponsor the Sports Wagering Market Integrity Act. The Act was introduced in December of 2018. If passed, a good percentage of the control over sports betting which is now in the hands of the states will be put back under the auspices of the federal government. The bill includes:

Analysts note that courts have already ruled that fantasy sports operators don't need to follow these requirements. In addition, some of the leagues including the MLB (Major League Baseball) and the NBA have already inked private agreements with certain casino operators regarding the use of their data, specifically for wagers made on games in progress.

However, according to Schumer, the bill is necessary if Congress is to fulfill its responsibilities “to ensure that the integrity of the games we love was never compromised.” Schumer also believes that “the time is now to establish a strong national integrity standard for sports betting that will protect consumers and the games themselves from corruption.”

Hatch also defends the bill as  “the culmination of eight months of high-level meetings, discussions and negotiations.” This is not a hastily drawn-up bill, Hatch said.  Rather it shows “bipartisan support for federal regulation."

The major sports leagues seem happy with the proposed bill. The NFL has expressed support for the bill. NFL executive Jocelyn Moore released a statement that read: “Without continued federal guidance and oversight, we are very concerned that sports leagues and state governments alone will not be able to fully protect the integrity of sporting contests.

The MLB also released a statement that pointed to their interests in maintaining the integrity of the games. “Legalized sports betting is rapidly spreading across the country, creating a clear need for a set of consistent, nationwide integrity standards to protect the sport that millions of Americans love.”