Is Las Vegas in a Decline? 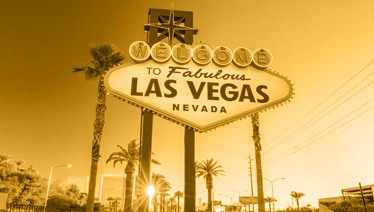 Earnings reports for the second quarter of 2018 weren’t encouraging for Vegas-based online casino and live casino operators. Both MGM Resorts International and Caesars Entertainment reported soft numbers for the period encompassing April, May and June and indications are that the third quarter won’t be much better.

Across Vegas, operators reported declines in their revenue per available room (RevPAR) profits. RevPAR is the most commonly-used metric to assess profitability of Vegas casinos. The second quarter RevPAR showed a 4% decrease in overall Strip occupancy, a 1% decrease in overall visitation and room occupancy and a 3% decrease in convention attendance – of particular concern since convention guests spend significantly more on dining and rooms, even though they tend to spend less time on the gaming floors than other guests.

There was noted concern from Wall Street with casino stocks falling by as much as 24 percent. Industry analysts note that most Americans have easier access to casino entertainment than they did even 20 years ago with casinos allowed to operate in most states. The Vegas casinos invested massive amounts of money in their Vegas properties based on their former monopoly of the trade. If fewer gamers come to Vegas – preferring to enjoy their casino entertainment closer to home – the Vegas properties’ profits are sure to drop.

Vegas casinos are trying to meet the changing scene by reinventing themselves as places to shop, eat and drink with some occasional gambling thrown in on the side. But the recent news that both earnings and visitations are down has thrown a scare into investors.

Many observers blame the increased fees for paid parking and resort fees as well as table minimums and low game odds. They say that more and more players are protesting against such  “nickel and dime” tactics by playing closer to home or gambling online.

Consultants are trying to get the casinos to understand that while these fees do increase revenues in the short-run, such incremental charges and inconveniences erode the value proposition of a Las Vegas vacation in the long run for many people who have, in the past, looked forward to enjoying a bit of pampering during a Vegas vacation. It’s hard to gauge just how big an impact individual fees have but it’s pretty certain that they do have an impact and certainly don’t attract either veteran clients or new customers.

The casinos are also wary of a possible American-Chinese trade war since a large percentage of ultra-high rollers come from China. If an all-out economic confrontation develops with China, both high-end and mass-market tourism to Las Vegas from China would likely drop and would undercut decades of industry efforts to market Vegas casinos to the rising Chinese middle and upper class.

Optimists note that the  Las Vegas hospitality industry has weathered slumps in the past. Each crisis forces resort operators to reinvent themselves and they’ve done that successfully numerous times. When an oversupply of new casinos led to a string of bankruptcies in 1995 the city built the  Las Vegas Convention Center to shift the city’s focus to business travelers who could bolster mid-week occupancy.

Recessions in the ’70s and ‘80s caused casinos to shift their focus from VIPs to middle-market gamblers. For instance, Caesar’s Palace’s profits increased in the 1990s when the new RV Circus Circus park brought in large numbers of low-rolling players who found attractions for their kids which allowed them to visit the casinos. Other casinos expanded on the family-friendly travel idea with theme parks and other kid-friendly attractions.

That changed in the early years of the 21st century when the casinos began to re-emphasize nightclubs and “adult entertainment.” As the 2008 recession caused sharp declines in almost all casino metrics there was a shift towards attracting high-end international (mostly Chinese) gamblers. Now that that lucrative revenue has slowed, casinos are focusing more on new types of eateries and entertainment. This includes the T-Mobile Arena which hosts the national Golden Knights hockey team.

Responding to the slowdown, casino operators have already begun to lower room rates and some, like Wynn Resorts, are starting to validate parking. Casino execs are cautioning that the next few months will be volatile but most believe that recent investments that have transformed the Strip over the past few years will allow the industry to weather the storm.

If the slipping numbers do indeed signal a trend, casino operators need to think about a more strategic shift for the Strip resorts. Until that happens, there are concerns that Las Vegas is in for a rough patch.