Is Political Betting On the Upswing? 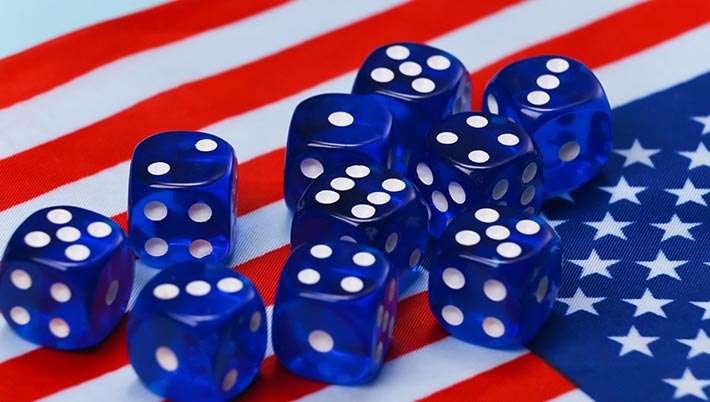 Every two years, like clockwork, pundits debate whether the American public is going to leave Congress in the hands of the Republicans or the Democrats. Political analysts, observers, news commentators and others study the polls carefully as they attempt to predict the results of the semi-annual election event.

Predicting the winner of the mid-terms is like an Grande Vegas no deposit bonus codes online casino gamble. Even in this age of statistical imaging and high-tech assessments, as the results of the predicted “Red Surge” of 2022 prove, no one ever knows for sure what the voters will ultimately decide.

That’s why the election betting market keeps everyone on their toes. In October, the odds were that the Republicans had a 2/3rds chance of retaking control of the Senate but that didn’t happen. But the data points turned out to be duds which, in turn, is spurring renewed interest in political gambling in the United States.

Political gamblers study electoral races and campaigns and gamble on the outcomes of those events  by trying to pick the winners in the same way that sports bettors wager on sporting events and day traders trade stocks based on their predictions of how the market will rise and fall.

In an attempt to circumvent a federal ban on political betting, the practice has sports been codified in a way that has people buying and selling “shares” shares of candidates. Whether or not the new markets will pass the scrutiny of federal regulators is questionable.

Betting on political events is on shaky ground. Federal regulators must determine whether these markets serve a public interest or are simply a new form of gambling. The answer will either limit or open up the activity in the near future. Players are already placing bets on the 2024 election cycle where Trump is favored to win.

But along with hobbyists and gamblers, campaigns, investors and analysts are relying on the markets for research, real-time data and action along with the entertainment.  Alex Keeney of the Star Spangled Gamblers broadcast commented,  “When you tell someone, ‘Yeah, I bet on politics,’ their eyes kind of light up. Like: ‘Wait, is that a thing? Is that a joke? Is that even legal?’ ”

Along with the people who put a few dollars down on their predictions there are those who operate as day traders, aggressively moving money around as they try to determine when to invest. They need to determine when a candidate is selling low so that they can invest and when that candidate’s value peaks which is when they want to cash out.  Donald Trump, for instance,  is many betting markets’ heavy favorite to win the next presidential election but some

Adventurous sorts are putting their bets on long-shots like Kayne West.

John Phillips of the leading election market, PredictIt says “It’s a really engaging way to reward yourself — or, if you’re less fortunate, reward others — for accurately forecasting political events. We like to think it’s an antidote to fake news. You know, if you place your bets based on fake news, you’re going to lose your money. So it really sharpens the mind and allows you to somewhat divorce emotion from fact.”

In the election markets, traders try to buy low and then sell when the value of the candidate increases – like stocks. Seasoned bettors cast aside their political leanings and obsessively follow news reports and headlines for insight. Shares go for anywhere from 1 to 99 cents and bettors have the chance to hold onto their shares until the election and then receive $1 per share for a winning candidate. So, for instance, if a trader bought 100 shares of John Fetterman at 60 cents per share before November 8, that $60 investment is worth $100 now that Fetterman has won the Pennsylvania Senate election.

Unlike in sports betting, there is no algorithm or oddsmaker to set the odds. Buyers and sellers set the market price and those with money in the market can bet on either party. Keeney told the Washington Post, “This cycle I’ve made most of my money just by seeing like, ‘Oh, wow, people are upset about inflation; bet this is going to be good for the Republicans’ and I’ll kind of ride that. And then at a certain point, you start to think, ‘Well, it can’t get worse for the Democrats, so let’s sell all those shares and start betting on the Democrats.' The best traders are flipping sides frequently.”

Betting markets in the United States are seeing a surge in popularity and activity. Now, government regulators are upending the industry. Since 2014 PredictIt, ostensibly an academic research project, owned by a New Zealand university and run by a for-profit company called Aristotle Inc., grew from 22,000 traders before the 2016 US presidential election to its present 177,000 active traders.

Predictlc  has been operating under a “no-action relief” letter from the Commodity Futures Trading Commission which has now been rescinded because, it said, the university “has not operated its market in compliance with the terms of Letter.” The CFTC did not reveal how Predictlc violated terms, and a CFTC spokesman did not respond to a request for comment.

CFTC ordered PredictIt to wind down its business by Feb. 15 but Predictilt responded by filing a lawsuit, requesting a preliminary injunction. The case is  pending in U.S. District Court for the Western District of Texas. CFTC claims that the “the 2014 letter was not a license, never determined that PredictIt complied with U.S. law, and did not grant a legal right to do business.”

The CFTC’s stance is that commercial political markets “involve gaming” and “are contrary to the public interest.” It has levied a $1.2 million fine on Polymarket a similar exchange that offers and recently is set to reject an effort by a the Kalshi start-up to operate a regulated political exchange. If the CFTC succeeds in court, bettors and investors will need to look for other outlets for their speculative efforts.

The commercial political markets are relying on supporters to convince the CFTC and the courts to allow the markets to operate. Harvard economist Jason Furman who served as chairman of the Council of Economic Advisers under Barack Obama wrote a letter to the CFTC where he wrote that, during the Obama administration,  the White House “would regularly refer to prediction markets on electoral outcomes and specific events to help inform our understanding of how political and economic developments would affect economic policymaking.”

Traditional sportsbooks are also watching.  During the 2020 electio cycle Betfair, Europe’s largest betting operation, saw more than $630 million in political wagers and other operators enjoyed similar income. Paul Krishnamurty, a U.K.-based political handicapper who co-hosts the “Get Out the Bet” podcast  said “The U.S. has what I would consider very archaic laws on gambling said. “I find it really odd and hypocritical.

Look, Americans are betting on this stuff. The offshore industry is massive, and Americans who come to Britain for holidays bring a large sum of money with them because they want to place a bet on the presidential race.”

“I think it’ll happen at some point,” said Johnny Avello, race and sports operations director for DraftKings. “I don’t know when, but we’re going to be certainly ready for it if we’re given the opportunity.”