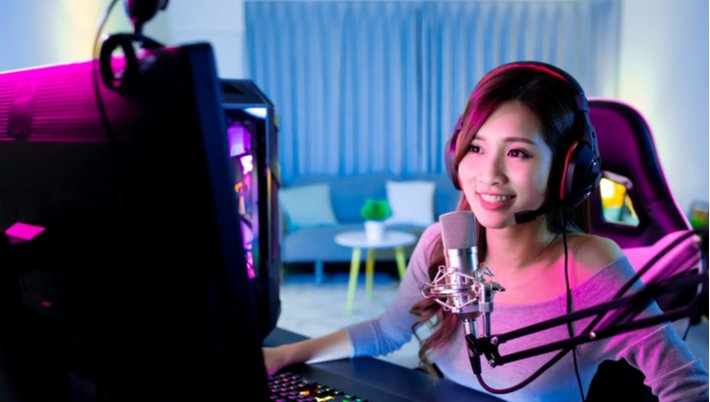 This summer, the latest chapter in the war against sexual harassent of women gaming streamers was played out when streamers on Twitch spoke out against the culture of sexism and harassent in the esports and streaming communities. While gamers at the Grande Vegas casino login are totally insulated from such charges, the prevailance of such harassment in other sectors of the gaming world has caused concern. Now, many of those whistleblowers are facing online abuse for speaking out.

Alexandra and Andrea Botez have amassed a total of 50 million viewers to their chess streaming Twitch channel BotezLive. They have over 800 thousand followers who watch their Twitch channel but have to endure abuse and harassment on a daily basis.  "They think they can treat [me] like a romantic object because they don't care about anything else," Alexandra told NBCLX, the NBC affiliate in Philadelphia. Alexandra began streaming in 2016 and has made  a name for herself in both the chess and esports world. She’s an entertainer, entrepreneur and, incidentally, an internationally ranked chess player

She’s also frustrated at those who are more focused on her appearance than her impressive accomplishments. She is faced with men who “flirt” with her, often by using crass and sexually explicit language.

According to Twitch’s official harassment policy, “flirting” is a grey area.  “Although harassment is never allowed on Twitch, we want to enable users to express themselves naturally with their friends and communities without fear that these interactions could be misidentified as harassment” the Twitch harassment policy reads.

The situation is further complicated by the fact that some creators welcome the flirting. They embrace it as a natural interaction with fans and viewers. Streamer JessieDitto, said that flirting is acceptable when there’s an established relationship between the flirter/viewer and the streamer. “When it’s someone I know that I’m friends with it tends to be harmless,” said JessieDitto. "But when it’s a random person, it can change my mood.” JessieDitto’s patience sometimes runs out -- recently, after an unfortunate interaction, she tweeted, “Those guys from that game of Crab Game joined my lobby again last night. One tried to secretly get my Discord. When I kicked the two that I knew out, he started calling me names….. Some men are really weird in games.”

Amouranth, a popular streamer, has gone further.  She tweeted a boyfriend application to her followers and  sixty potential boyfriends responded. Her twitter profile notes “1 like = 1 hug.”

But Alexandra and Andrea Botez feel that the “flirting” is unwelcome and puts them in an uncomfortable position of either responding politely or being targeted for unwanted attention.

Twitch’s harassment policy puts the responsibility to moderate content on the streamer. The policy states that the streamer  “expected to use channel moderators and the tools we provide, such as AutoMod, chat timeouts, and bans, to mitigate hateful conduct and harassment in your channel. Not using the provided tools to moderate hateful conduct appearing on your channel will lead to a suspension,” the harassment policy states.

The policy puts a tremendous burden on the creator to weed out comments that they deem inappropriate. Alexandra and Andrea Botez have been proactive about timing out viewers using a Twitch tool that bans a person from a room temporarily if their comments are inappropriate. In the case of the Botez sisters, they are unwilling to accept flirtatious comments, much less harassment, because it undermines their work.

Andrea spoke about a Tik Tok post that she made about how a woman’s success is too often attributed to her physical appearance. She found the number of  "disgusting" comments and hate that were posted in response to the video overwhelming. "People overlook that a female streamer needs the same amount of entertaining characteristics…as any male streamer. When I first started streaming the chat was so toxic and sexist… It was only through a two-year period that I was able to get my chat clean,” Botez said. “I really believe that somebody's chat is based on their personality and what they find acceptable.”

A Twitch spokesperson told NBCLX, “While we can’t singlehandedly tackle sexism and harassment across the gaming and broader Internet, we take our responsibility as a service seriously and are fighting against all harassment in our community. Safety on the service is our biggest priority and one of our top areas of investment, and we have a number of projects underway to address the hate and harassment streamers face as we continue to grow.”

But many streamers are speaking out about double standards. Jessieditto pointed out a controversial  streaming trend in which a streamer chats with their viewers from a hot tub. "Men can get away with so much more than women streamers can...With the rise of hot tub streamers, I've seen so many tweets from men (and some women) bashing them. But when a dude does it, it's almost as if they act like it's life-changing," she said.

Female streamers are forming a community to share their experiences. In the same way that the “#MeToo movement succeeded in encouraging women to band together against sexual harassment, female gamers are taking on the industry in an attempt to exert pressure. “When it’s one call-out, it’s a problem with a person,” said British streamer Brook Thorne in an interview with the New York Times.” When there’s a ton of call-outs, it’s a problem with the industry.”

Regardless, esports culture challenges female streamers. Alexandra Botez admits, "I don't know if fame is a good thing for young girls." But for girls who do get involved in video gaming competitions or streaming, she warns,  "Do not tolerate any kind of sexism from the start."