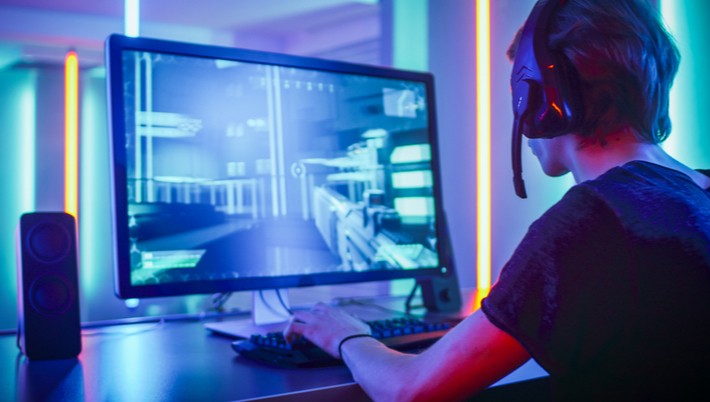 The Valve Steam video game digital distribution service launched in 2003 as a standalone software client. At the time Valve was looking for a way to provide automatic updates for Valve games. Over time, the service expanded to include games from other publishers.

In short, instead of going to a store to purchase a video game, Steam allows you to do it from your computer via its cloud-based direct download. The game automatically installs itself and users can uninstall and reinstall the game at any time via their personal Steam account.

Along with the rest of the online casino and Vegas Casino video gaming world, Steam has experienced record growth in the last 18 months. Steam’s data shows that there was a 50% increase in the number of hours that players spent on the platform. Steam offers over 30,000 games including major titles such as Counter-Strike: Global Offensive, DOTA 2, PUBG: Battlegrounds, Grand Theft Auto V, Destiny 2, Team Fortress 2 and Football Manager 2021.

The entire gaming industry has been expanding during the pandemic and Steam is part of the uphill trajectory. Over 1.7 million Steam users tried VR games for the first time in 2020 – a year that saw gamers on the platform for over 31 billion hours. Daily active users peaked at 62.6 million and monthly active users at 120.4 million. A record of concurrent users was also set – 24.8 million players were found to be logged in at any one given time.

In 2020 the number of games purchased on the Steam platform increased by over 21% over 2019 and game sales were up 32%. There are other cloud services besides Steam but Steam has developed a loyal following thanks to its great selection, good pricing and a helpful recommendation feature.  A user can conveniently buy/download any game to a Steam account and then play it on a PC or mobile device. Users also have the ability to store a large collection of games without taking up too much computer memory.

Should You Use Steam?

Developers list their games on Steam in order to attract attention but purchasing a game on Steam isn’t the same as buying the game from the developer. When you buy a game on steam, you aren’t actually buying the game but rather the license to use the game. Each purchase involves the buyer signing an agreement that signifies that s/he is aware that "the Content and Services are licensed, not sold. Your license confers no title or ownership in the Content and Services."

Not everyone is enthralled with Steam. The advantages are, of course, the ease of use and savings. Players create an account and can then purchase and play any game right online. There’s no need to buy a physical copy of a game or download it manually.

It’s also a convenient platform for indie creators who might otherwise have a difficult time getting their games noticed or marketed.

But there are a number of issues to consider before signing up for the service.

You don’t own anything. As a digital rights management (DRM) platform, Steam gives users only the license to play the games but not ownership of the game themselves. It is possible for a developer to disable the DRM so that the games can launch without Steam running them but most developers don’t do that because it means that they aren’t protected against piracy.

Steam games can’t be resold because their use is tied to the user’s account. Gamers often sell games that they buy physically on eBay or in a trade-in. But with Steam, the only way that someone else can play your game is if they have access to your Steam account.

When you buy a game physically you often get a bonus give-away. That’s not true with Steam games which  doesn’t offer the downloadable treats like soundtracks, wallpapers, art books and other goodies that you get when you buy the game disk.

There are cheaper options than Steam including Humble Bundle and the Epic Store but they don’t offer the variety that Steam does. If you do choose Steam, keep your eye out for the seasonal and holiday sales.

Once you’re tied to the Steam ecosystem you can keep your games in the Steam library which is convenient. However, if you want to buy something outside of Steam and later on the developer releases a DLC version you have to buy that DLC through Steam. Even if it’s cheaper elsewhere, you can’t link the 2 purchases together if you buy the second version somewhere else.

It’s reasonable to assume that, among the 30,000 Steam games, you’ll find trash. Valve doesn’t curate its library so, unlike a games store where the featured material is checked for quality, you’ll find a lot of games that don’t meet your expectations for high quality on Steam. There are games which are still in the process of development, low-effort games and games that are just plain lousy.