Is There Fantasy Sports on Social Media? 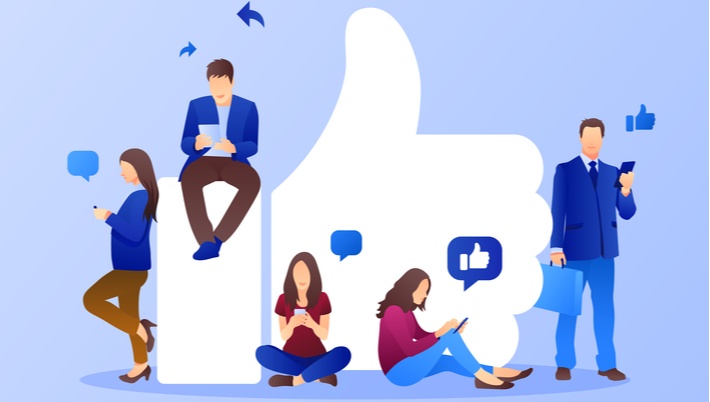 Facebook is moving deeper into the world of online casino gambling with a new Facebook Fantasy Games product that will give participants the chance to join daily sports prediction contests and set up their own leagues via their social media profile.

Facebook wants to make daily gaming a more social experience and the company is hoping that their Facebook Fantasy Games product will accomplish that. Facebook Fantasy Games has set up partnerships with MLB, LaLiga and Whistle Sports who will manage, respectfully, the baseball, soccer and multisport offerings. The company expects to run similar online casino fantasy games with other partners and those offerings will be announced as they become available.

In the long term, Facebook aims to create a platform where individual users can create contests and questions themselves.

Facebook wants to be sure that its Fantasy Games platform is simple enough so that newcomers to prediction games can easily understand and get involved while keeping them on a level that makes them engaging for veteran players as well.

In its September 1st announcement, Facebook wrote, “In addition to public leaderboards, players can create their own fantasy league and compete against friends and other fans. Leagues, which can be public or private, will allow members to compare scores to others in the league and provide a place for members to share picks, reactions and comments.”

The first game to be featured was Pick & Play Sports which is managed by Whistle Sports. Playing the game involves trying to correctly predict the winning of a big game. Every time a participant makes a correct prediction about the game’s winner, the number of points that a top player scores or a specific event that occurs during a match, s/he gets points. Bonus points are given to players who build a streak of correct predictions over the course of several days.

In addition to sports contests, games with TV shows will be featured with the number of such games to increase as the platform grows. The social media aspect of the contests allow participants to face off against their friends in their predictions of shows’ events and in their answers to questions about the show.

In the Survivor fantasy games, players will be asked to select a set of Castaways that will make up their Fantasy Survivor team. They will be asked to answer a series of questions about the upcoming episode and will receive points if their answers match the events that occur in that week’s episode

In The Bachelorette dating game players select several contestants from the group of men who are competing to capture bachelorette Michelle Young’s heart. Those men will become their The Bachelorette fantasy team. Participants will be asked to answer questions about the upcoming The Bachelorette episode and will receive points based on how “their” bachelors perform, what they do and what events unfold in the show’s upcoming episodes.

Currently, Major League Baseball and LaLiga Santander are the only fantasy sports that are featured in Facebook’s Fantasy Games but as partnerships expand, additional leagues are expected to join. MLB fans will be invited to pick the post-season teams that they predict will hit the most home runs during that day’s MLB events. Fans will earn points based on their predictions, whether their team achieves home runs or grand slams, etc. Extra points are awarded for home runs/grand slams hit late in the game.

The LaLiga Winning Streak invites fans to predict a team that will win on that day. The more correct predictions that a fan makes, the more points s/he receives. Each participant will aim to build the longest streak of correct predictions. The catch is that participants won’t be able to pick the same team twice during a run.

Facebook’s statement said that it believes that its new fantasy games “bring the social fun of traditional fantasy sports to simpler formats’ that are easy to play for newcomers, while also being ‘engaging enough for more seasoned players.”

“We want this to be something that could be customized for different fan bases,” sports media and league partnerships Facebook director Rob Shaw, said in an interview. “We’ve come up with a simple set of games. From there, the aspiration is for it to take on several lives of its own.”

According to Shaw, Facebook’s Gaming teamhas been discussing potential fantasy sports opportunities for yeears. Approximately 60 million Americans and Canadians are estimated to play fantasy games with the number growing.

Facebook believes that dedicated fantasy players are already involved with sport-specific operator’s products so their Fantasy Games are, for now, appealing to casual fans. The program, however, is likely to expand to involve other sportsbooks. One scenario could see the company using its marketing tools to retarget participants as they play fantasy games that are running on Facebook

The company says that, for now, it is content to partner with other operators and guide them on how they can best reach and engage users on the Facebook platform in the same way that Facebook currently partners with media companies. Shaw says,  “We have no aspiration to make this into a betting product.”