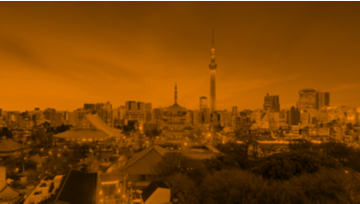 The casino/hotel Integrated Resort industry in Japan is off to a slow start but observers see progress as the government moves towards granting three companies licenses to build IRs complete with casino sign up bonus give-aways in three separate locations. Casino operators would like to see things move more rapidly but that’s not the way it works in Japan. Consultants are advising the operators to “go with the flow” and accept the slow pace as part of the process that comes with doing business in Japan.

Since 2018, when the government voted to allow three casino companies to build integrated resorts in Japan, the country has been slowly but surely building its regulatory framework for the new developments. As the government puts together regulations and policies to steer the direction that gambling will take in Japan, multiple local municipalities are vying for those projects to be built in their districts.

Thus far, two senior officials have been tasked with organizing the creation of a casino administration committee to oversee all developments related to casino safety, regulations and ethical guidelines. The officials will report to Japan’s Cabinet Office – an indication of how important the role is to the government. The committee is expected to be composed of five permanent officials, to be approved by the Japanese Parliament, possibly as early as this fall.

Other elements  of the infrastructure which have been put in place include action by various ministries to set up guidelines that spell out the what will be required of the casino administration committee. The committee will, in the end, not be under any one cabinet office but will be independent.

In preparation for the upcoming foray into the world of international casinos, Japan has created a new International Tourism Department. The office will be responsible for helping to get the IR developments off the ground. The Department will report to the Ministry of Land, Infrastructure, Transport and Tourism and will establish international tourism connections to help drum up support for the new resorts.

Originally, the hope was that at least one of the new IRs would be completed and ready to open by 2024. The goal was to have the casino opening coincide with the World Expo that Osaka – one of the cities vying for a IR license – is hosting.  That global attention would be a huge boost to the launch of the casino industry in Japan.  However, the slow pace of progress in choosing operators, selecting locales and granting licenses means that it’s highly unlikely that the 2024 date will be met.

Hokkaido is preparing to host the first Japanese IR Expo this December.  The exposition will be held under the auspices of Japan’s Innovent Inc. The Federation of Hokkaido Chamber of Commerce and industry, Hokkaido Keizai Doyukai, the Hokkaido Tourism Organization and the Hokkaido Economic Federation are supporting the expo where technology and devices that support the nascent gambling industry in Japan will be exhibited. The goal of the expo is to create opportunities for local companies to enter the IR industry in Hokkaido, if the city is chosen as one of the 3 locations to receive one of Japan’s first three integrated resort licenses.

The 1st Hokkaido IR Showcase was  held in January 2019 and the positive response highlighted the interest in a trade show for the IR industry. Innovent said, in its press release,  “we have decided to hold an exhibition that brings together products and services indispensable for Japanese IRs.

There’s a lot at stake in Japan if the IR projects succeed.  If Japan were to launch its integrated resorts today, analysts believe that the country would see a massive economic boost. Sanford C. Bernstein brokerage says that, with just 3 IRs (the original plan, though more may be added latelr) Japan could see GGR (gross gaming revenue) ranging of anywhere from $7 billion to $18 billion each year.

No one knows when the first IRs will open.  But there’s a lot of optimism that the casino resorts could boost the economy to a level that even the most optimistic IR promoters never dreamed could happen. A report by Bernstein analysts asserts “We would estimate with two major properties (i.e., in Osaka and Yokohama) and one regional property GGR at ramp up could be in the range of U.S. $7 billion to U.S. $8 billion.” Though everything is based on speculation and “guesstimation,” the estimates are inspiring confidence.

Bernstein’s analysts add, “Non-gaming revenue (which in Macau represents less than 10 percent of gross revenues and in Singapore 25 percent) would be a higher percentage in Japan and could be in the U.S. $2 billion to U.S. $3 billion range. Thus, total gross revenues for two metropolitan-city IRs and one regional IR could reach U.S. $9 billion to U.S. $11 billion.”

Other Asian and Pacific gambling destinations such as South Korea, Hong Kong, New Zealand and Australia are bracing for Japan’s entry into the casino market.  Everyone knows that it will likely take a chunk of the market share from the other sites. Macau officials, however, don’t think that their casino industry will be affected.  Bernstein analysts explain that

“The three Japan IRs that will be authorized in the first round will be located across the country in three different municipalities. This is [a] very different market structure of creating a centrally located critical mass (like Macau, Manila, and Singapore which all benefit from their critical mass locations."

Casino operators were hopeful that bidding for a license in Japan would start this year but now it looks like nothing serious will happen until 2020.  Observers expect that the bidding process will take between a year and a year-and-a-half, at which point the government will decide on the licenses. At that pace, it seems as though the earliest that a IR will be up and running will be 2026.