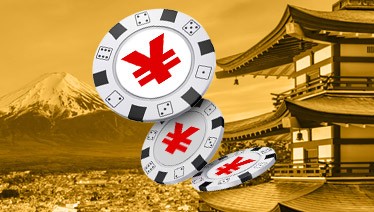 The years-long battle to bring casino gambling to Japan has ended and gambling operators are already lining up in their efforts to obtain licenses to open casinos. While plans are in being finalized to decide which Vegas casino operators and other companies will be granted these licenses, a number of Japanese legislators are thinking ahead.

The ruling Liberal Democratic/Komeito coalition government of Prime Minister Shinzo Abe has suggested that the integrated circuit chip that's found within government-issued My Number identity cards be utilized to limit foreign nationals living in the country and Japanese citizens to ten casino outings per month.

According to this plan, prospective players will be allowed only three visits over any seven consecutive day period and 10 visits per month -- an uninterrupted 28-day period.

Komeito/Liberal Democratic legislators are also proposing that the size of the gaming floor in any new casino be limited to around 161,458 square feet. This area would not be allowed to constitute more than 3% of the total floor space of any casino site.

The government, under the leadership of the conservative Liberal Democratic Party, ratified the Integrated Resort Promotion Act in December of 2016. The act was controversial with detractors pointing out that the casinos could lead to an increase in organized crime and in problem gambling activities.

The measure, however, passed and up to four integrated casino resorts will open in the coming years. Each site will feature hotels, conference spaces, shops and restaurants along with gaming floor space. Proponents of the bill hope to attract foreign tourists by expanding the options that they have for entertainment activities.

Not everyone supports the idea of restrictions. Opponents see the restrictions as being too severe while others note that the use of identity cards for tracking may not be feasible since the issuance rate stands at only about 10%. Casino operators are concerned about the area restrictions because, they claim, it will be harder to make a profit with a smaller gaming floor.

Other ideas to combat problem gambling in Japan include limiting the number of locations where casinos can be built and charging admission fees for Japanese nationals.

Gamblers Anonymous and other anti-gambling and gambling-help groups are gearing up to cope with the fall-out from the new law. Simultaneously, Japan is trying to work out what the new casinos will mean for their culture and society.  Yet contrary to the image that many are projecting – of a foreign culture invading Japanese shores, Japan actually has a significant gambling culture in the form of the game of Pachinko.

Pachinko is a mechanical game that originated in Japan. It's found in arcades throughout Japan where people play it for recreation and to gamble. It's comparable to a casino slot machine in which steel balls are rented to a player who loads them into the machine and then uses a spring-loaded handle into a metal track. The track guides the ball around the playing field. When the ball falls into a slot, it determines the win.

Pachinko parlors resemble a casino slots room. Pachinko machines line the walls of the pachinko venue and players sit at the machines, attempting to win balls which they can exchange for prizes or tokens.  Gamblers take their balls to nearby parlors that get a percentage of the prize's value in return for exchanging the balls for cash.

Pachinko is controversial in Japan because it is a serious source of Japanese gambling. In addition to the gambling aspect, criminal activity has been associated with Pachinko parlors which seem to attract organized crime. Pachinko has been regarded as the exception to Japan's anti-gambling laws which allows the parlors to reward players with gold tokens that could then be exchanged for cash.

Pachinko has also been associated with problem gambling behaviors. Japanese lawmakers plan to involve the Pachinko industry in any programs that will be undertaken to mitigate compulsive gaming caused by the new casino industry.  Takeshi Shina, a lawmaker with the opposition Democratic Party, commented “People in the pachinko industry are involved with the causes of addiction. So we will have them cooperate to eliminate it. They can’t stay out of it completely.”

This excludes the Pachinko industry which is rumored to rake in more than five times the revenue of the publicly-managed gambling operators. There is no government break down regarding the amount of taxes the industry contributes.

With the new casinos will come regulation and this threat is casting a shadow over a wider betting industry in Japan. Track races have lost their popularity and young people are spending more of their leisure time online.

To move the new casino development forward the Japanese government must decide where the resorts may be built and to whom the licenses will be given for development. Some possible locales for the casinos include Tokyo, the Osaka in the West or Yokohama.

A number of operators from outside of Japan, such as Caesar's Entertainment, MGM Resorts and Wynn Resorts have expressed interest in entering the Japanese market. Some of the Japanese entrepreneurs who would facilitate the project in Japan are gaming software developer Konami Holdings and Japan Cash Machine.

James Whelan, a University of Memphis professor briefed Japan’s ruling party on gambling addiction earlier this year. He told them that, while data regarding compulsive gambling behaviors hasn't been collected in Japan, in general, 1-2 percent of any population has a problem with gambling addiction. That would work out to one or two million Japanese. Whelan estimates that the addition of the new casinos in Japan probably won't make the issue worse since gambling is already widespread.

Noriko Tanaka, a campaigner and counselor on problem gambling, is unimpressed. She’s concerned that the legislation won't be enough to help gambling addicts, especially since the bill refers to respect for the pachinko industry’s own anti-dependency initiatives. She didn't comment on the specific new ideas to stem Japanese citizens' visits to the casinos but termed the calls for ways to focus on the possible increase in gambling addictions a "fig leaf."