Japan looks Into the Future with Planned Integrated Resorts 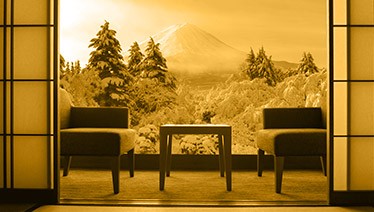 Japan has approved the establishment of 3 integrated resorts in the country but passing the law to allow the establishment of the resorts is only the first step. Now the governing commission must select which Prefecture or city will receive the Integrated Casino Resorts.  And with this big step, can we expect to see a regulated online casino NZ far behind?

Japan must still announce which cities are in the official running to host an Integrated Resort but Osaka governor Ichiro Matsui isn’t waiting. Matusi announced that city officials will soon begin a selection process to identify potential partners in order to present a bid for an IR license to the country’s regulators.

Osaka is on the shortlist to receive one of the IRs. Kyodo, a Japanese media outlet, reported that Matsui recently met with Las Vegas Sands president and CEO Robert Goldstein and Osaka mayor Hirofumi Yoshimura to get the process moving. Matsui was quoted as saying “We will shortlist candidates by starting to assess their plans and willingness to invest early next year.”

The selection process for choosing the three locations for the first three IR licenses will involve presentations made to the central government by local officials and the selection of possible gaming partner or partners by the local governments. The framework for the IR presentations is scheduled to begin by next July at the latest.

At present, there are multiple casino operators vying to build an IR in Osaka. Matsui has met with casino executives from 11 companies at least 25 times. These “good faith” visits were a prelude to formal partnerships, something that Matsui wants to see happen as quickly as possible given that the Yumeshima island, located within the Prefecture, is scheduled to host the World Expo in 2025.

Not only would the IR draw Expo crowds to the resort but the artificial island would be the perfect location for locating and operating a resort-casino after the Expo. Some of the casino companies that are being courted (and are courting Matsui) will likely help foot the bill for the Expo expenses. Matsui plans to build a metro line that will connect the island to the city – he is suggesting that casino operators who are prepared to help make that project a reality will have a foot in the door to build an IR.

Some observers believe that Matsui’s meeting with Goldstein might be an indication that Vegas Sands and Osaka are already working on some kind of a deal. The Sands has been at the top of the list of possible partners for the Osaka casino thanks to its strong presence in Asia.

Melco Resorts and Entertainment Limited is hiring thousands of workers for a planned Japan Integrated Resort. Melco is banking on the need for new workers in the face of the country’s plan to build three new integrated resorts.

Japan’s pending immigration legislation, Melco believes, will allow for the granting of work visas that will allow the company – if it’s granted one of the 3 casino licenses – to bring in workers to construct and operate a planned casino resort. Melco, based in Hong Kong, already operates casinos in Macau and Manila and the experience that it has drawn from those sites leads it to believe that it will need 10,000 to 20,000 employees in 14 industries including construction, restaurants, and hotels.

Melco CEO Lawrence Ho states that eventually, “the bulk of employees will be Japanese… But at the same time, it is unrealistic to say so from the beginning, as the industry does not still exist in Japan.”

The Nikkei Asian Review reported that the immigration bill will allow blue-collar employees to apply for permanent residency. The bill started to take effect on December 10th and will allow approved casino operators to deal with the perceived shortage of able workers in the country. The Japanese government is already planning to bring in as many as 345,150 people.

Macro is already making plans to enter Japan, even though the government has not yet decided which casino operators will be granted licenses or in which regions the IRs will be built. The casino resorts are expected to open in or around 2025. Melco CEO Ho says that Melco plans to invest $10 billion or more on land acquisition and construction costs for its hoped-for Japanese site. Since the bidding process requires foreign casino operators to form a consortium with local business, Melco has already initiated talks with potential local partners.

Ho said the company would like to build in Osaka or Yokohama.  They want to find partners who have a presence and experience in these areas. “It is less important for us what industry they are in… but we are focused on companies headquartered in one city and who have a long relationship with the local area,” Ho said. On possible partner might be Japan-based Sega Sammy which is looking to partner with a casino operator that has experience in running an integrated resort.

According to a recent poll, approximately 94% of Yokohama residents have a negative sentiment towards building an IR in the city so Osaka might be a more realistic choice should Melco receive a license.

In Wakayama, recent elections brought Yoshinobu Nisaka his fourth term in office and the chance to achieve one of his goals – to bring an Integrated Resort to the city. Nisaka is returning to the Prefecture as governor after beating Japanese Communist Party Masayoshi Hatanaka

Nisaka won handily after he partnered with the Democratic Party for the People, the Social Democrats,  the Liberal Democratic Party and Komeito, LDP’s coalition partner. Nisaka campaigned on a platform that promised that he would support the establishment of an Integrated Resort in Wakayama. “The negative effects of having a casino can be prevented. I will explain its positive sides to the citizens.”

Voters supported Nisaka’s vision of an IR as a way to boost the local economy.  Citizens in Wakayama have been generally supportive of bringing an IR into their city. Already, more than 33 proposals for resort designs have been submitted.

Wakayama’s chances of securing an IR license are good. With Nisaka at the helm the three most likely locations will be Nagasaki, Osaka, and Wakayama.. Once the winners are named construction can begin and a scheduled opening date of at least one of the IRs in the early 2020s is realistic.

U.S.-based real estate developer and casino operator, Rush Street, has made it known that it plans to bid for an IR license in Hokkaido. It has opened an office in Tomakomai where the company hopes to work with local officials to develop an IR strategy that will “serve the needs of all stakeholders, including domestic and international customers, employees and the broader community at large.”

Neil Bluhm, Rush Street co-founder and Chairman, said “Japan is an extremely exciting market for us. We have deliberately delayed our entrance to the Asian markets until we could be sure we could create something that truly aligns to our own vision and values. We bring an expertise and strong track record in establishing sustainable facilities that benefit our host communities through a focus on inclusivity and partnership. Building an IR of this kind in Hokkaido not only will transform the region from an economic standpoint, but it will also put Hokkaido on the map as a global travel destination.”

Tim Drehkoff, Rush Street’s chief financial officer, added that Japan “cannot be viewed as a one size fits all. What works in Hokkaido is very different to what might work in other prefectures. We have spent a lot of time in Japan in recent years, and in Hokkaido in particular, listening to the views of the local communities and the officials who will act as host to these IRs. It is clear to us that building a resort which operates as part of the community is critical. Working with our team in Japan, we are committed to delivering a resort that will create a lasting impact.”

For Rush Street, Tomakomai is the preferred location and it isn’t considering other options at the present time. If locals decide they don’t want a casino in their Prefecture the company will re-evaluate its options.