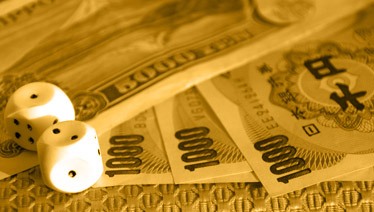 Japan is getting ready to move forward with the development of three new casino resorts which were OK’d by Shinzo Abe’s coalition in July. There are still many unanswered questions about how the new bill will actually function. Where will the casinos be built? Will there be an online casino? Who will operate them? How will the government address criminal elements and gambling addictions which are certain to become problematic?

Toyko, which until now hasn’t shown much interest in hosting one of the three approved casino resorts, is now prepared to enter the running to host one of the first integrated resorts. City officials are talking about conducting an impact study and have already put out feelers to find an organization that is experienced in conducting the necessary research.

Last week the Bureau of Port and Harbor of Tokyo announced that an “IR impact study on Tokyo” will be undertaken. The Bureau opened a tender process for the research. The Bureau announced that it intends to publicize its decision on which firm will lead the study by October 10.

The municipality wants a study that will examine and analyze the kind of impact that an IR would have on the city. The survey will gather data on gambling addictions, economic factors and public policy. The survey could, conceivably, start immediately.

Multiple casino operators, including MGM Resorts International, Caesars Entertainment Corp., Las Vegas Sands and Wynn Resorts, who had earlier not considered Tokyo as a realistic location for development plans, are now rethinking their next moves. Previously they had been focusing on Osaka, Wakayama and Yokohama based on reports that the local government was not enthusiastic about getting into the IR license race.

It now seems that Tokyo’s new governor, Yuriko Koike, is considering leading Tokyo into the race for one of the three approved IR projects. It seems that she hasn’t made up her mind about submitting an application for an IR license but the city is closer than ever to joining the race.

No decisions have yet been made about where and when the first IRs will open. At the present time, work is being done to develop licensing and implementation guidelines. Observers believe that it won’t happen quickly and even after the operators and locations have been chosen (which might take another 18 months) the IRs probably won’t be ready until 2026 at the earliest.

The development of casinos in Japan isn’t without controversy. On the one hand, the government and various municipalities are looking forward to the influx of tourism, licensing fees and tax income that the casinos are expected to bring.

Others, however, withhold their support based on their assessments that the casinos will bring crime and hurt gamblers who are susceptible to gambling addiction.

Prime Minister Shinzo Abe introduced the Integrated Resorts bill as key to his growth strategy. The bill, which passed the Japanese Diet (parliament) in July, spells out a draft of rules on the structure of Japan’s casino resorts. The opposition claims that the bill ignores the implications that the IRs may bring.

Integrated resorts refer to comprehensive entertainment complexes that incorporates facilities such as shopping malls, hotels, theatres and theme parks together with the casinos. Critics of the new bill see the casinos as having a significant negative impact on the country where there are already an estimated 3.2 million gambling addicts – a high percentage when compared to other developed countries and especially considering that Japan criminalizes gambling.

Until now, the criminal code designated only horse, bicycle, motorcycle and motorboat races as legal. The government rationalized that these types of gambling, which were originally introduced after WWII to help revitalize local economies, were non-profit and therefore met criteria for overcoming any suspicion that they were illegal. For example, the horse-racing law obliges local municipalities to use revenues to promote health, medical, educational and sports activities.

These races contributed to a certain level of gambling addiction but the biggest factor in Japanese addicts’ obsession is pachinko. Pachinko is a kind of pinball machine which Japanese laws technically categorize as a form of entertainment rather than gambling. The IR critics point out that if Japan is struggling with such a high rate of addictive behaviors from pachinko, the establishment of casinos will further deepen Japan’s gambling addiction woes.

The government insists this won’t be an issue. It cites Singapore where rates of “probable pathological gambling” have actually decreased significantly – from 4.1 percent in 2005 to 0.9 percent in 2017.

The Japanese government has said that, in conjunction with the IRs development, anti-addiction measures will be strengthened similarly to the initiatives that Singapore’s government undertook when casinos came to their country. They include

Under the new law, 30 percent of gross casino profits will go to the central and municipal purse, raising questions over the public benefit of the remaining 70 percent. Mikishi Daimon of the Japanese Communist Party asks  “If the 70 percent goes straight into the pockets of private-sector operators, how can this constitute a good enough reason to offset the illegality (of casinos)?”

The government, responds by saying that revenues that are collected from casino operators will be reinvested in the IR facilities which will boost tourism, provide jobs and help Japan’s economy expand.

There’s no denying that the casinos are being built for tourism. The question is, at what cost to Japan? A system is being planned that would allow casino operators to offer loans to customers and encourage their spending – not only to tourists but also to high-income Japanese customers who can afford to be labeled as VIP clients.

Additionally, the proposed credit system will exploit gamblers who are on a losing streak – by offering them credit, these people will be encouraged to keep playing in the hope of scoring a last-minute victory. This increases the rick that they will succumb to gambling addiction and accumulate debts. Even worse, the planned system will be exempt from Japanese business law which currently states that people cannot borrow more than a third of their annual income. Casino operators will be able to decide, at their own discretion, the amount to loan, putting addicts in danger’s way.

Finally, the government decided to go ahead and built large gaming floors even though a government task force originally recommended that the game floor not exceed 15,000 which would have allowed operators to keep the casinos under better control. The restriction was dropped and IRs can now build casinos that don’t occupy more than 3% of the entire IR space in which it is housed – the bigger the IR becomes, the bigger they can make the casino.

Land minister, Keiichi Ishii, was quoted as saying to the Diet “We will take advantage of Japan’s abundant nature, culture, history, tradition and cuisine and maximize their allure to a point where our IRs will become one of a kind — unparalleled in terms of scale and quality and highly globally competitive — attracting tourists from all over the world.”

Multiple private-sector and municipal surveys, however, project that Japanese nationals will be much more significantly represented than visitors from overseas at the new IR casinos.