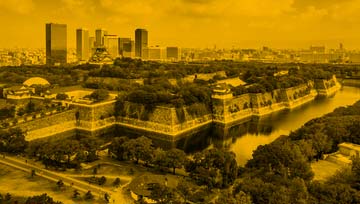 We reported earlier that Japan was considering awarding new casino/integrated resorts permits.  Now, they're taking the plunge.  Here's an update to our previous report.

Japan’s government is pushing ahead with its plans to grant three integrated resort licenses to casino operators in the near future and see the IR development start within the next 2 years. Online casino gaming will, for the present, not be a part of the program.

Several cities in Japan are wooing various casino operators as they attempt to bring the jobs and economic development to their regions. Notable among them is the port city of Osaka, Japan’s third largest city.

MGM Resorts International has closed a deal that will see it partner with Orix Corporation with the goal of bringing an IR to Osaka. Osaka is located in southern Japan, about an hour east of Kobe. Orix Corporation, a financial services firm, unveiled the agreement which was closed in December.

MGM Resorts International has already announced that it is willing to spend $10 billion to bring an MGM property to Japan. MGM plans to facilitate such an IR via a publicly-traded real estate investment trust (REIT). The agreement is believed to envision Orix Corporation and MGM Resorts International as each possessing equivalent stakes in any future integrated casino resort in Osaka. The remainder would be held by "Osaka corporations". Exact percentages have not been revealed but MGM’s Chief Executive Officer, James Murren, has said that the company was "not going to be interested in being a consortium partner with 20% or 30% of something."

MGM has more than 25 integrated casino resorts throughout the United States. It’s MGM China Holdings Limited runs the MGM Cotai and MGM Macau in Macau. The formation of a consortium by MGM comes as the government of Osaka is set to begin reviewing the various companies who want to open a casino in the city. The Osaka mayor is a strong supporter of bringing casinos to Japan and he is doing everything possible to make sure that one of the IR licenses will be granted to his city. Osaka is launching the casino licensing process’s ‘request for proposal’ in the coming months. They expect to announce the winner in 2020.

Jim Murren commented on his company’s bid for an Osaka site. “We’re going to know probably in the next three or four months what the timing is going to be for Osaka,” he told Bloomberg Television, referring to the “request for proposal (RFP)" stage of bidding. “The city government will present an RFP. It will be very competitive. MGM is going to be one of the bidders for that RFP, and I think they will make a decision [on preferred partners] about this time next year.”

MGM isn’t the only casino company that’s focusing on Osaka but it’s one of the biggest and, as such, has the ability to bring significant resources to help Osaka build its economy and provide its citizens with jobs.

Murren discussed the idea of MGM being part of a consortium, as opposed to approaching the city as an independent suitor. “We made the decision to focus all our energy on Osaka… We believe Osaka is going to be the first integrated resort location in Japan. The government’s very excited about it.”

Murren continued “They won the World Expo just recently. It’s going to happen in 2025.” Murren was referring to a major global event to be held in the Japanese port city Osaka. According to Muran, MGM has already identified an artificial island that was built within Osaka’s municipal boundary as a likely location for an Integrated Resort (and also for the World Expo). “The government is very anxious to get the whole Yumeshima site in Osaka developed as soon as possible in connection with that World Expo,” he said

It’s believed that the majority of Osaka residents oppose the Integrated Resort. That fact could change the landscape for MGM when an April 7th poll takes place. Osaka citizens could vote for a change of leadership in the city and the Osaka prefecture, taking the government out of the hands of the Osaka Restoration Association and giving it to the Liberal Democratic Party (LDP).

The Osaka Restoration Association is a localist movement with strong backing for a casino. The LDP, which holds the balance of power at the national government level, has a more nuanced approach to the national casino policy. If the LDP gains control of Osaka leadership, the momentum to build a new casino in the city might be slowed or halted.

Once a request is submitted for a casino license it will need to be approved by the city and will also need the approval of the national government. According to the IR Bill, passed last year, up to three casino resorts will be allowed in the first phase of market liberalisation.

Murren reiterated his optimism.  “I am confident Osaka is going to be one of the three. We are working really hard for MGM to be the IR [integrated resort] operator in Osaka. All we can do is work as hard as we can, meet with Japanese companies, form a Japanese consortium: we are trying to outwork our competitors a little bit.”

He also commented on MGM’s partnership with elite sports body Major League Baseball (MLB), saying that baseball is a “bridge” between East and West, due to the sport’s high popularity in Japan. A number of Japanese players have successfully crossed over to the MLB. Additionally, MLB teams Seattle Mariners and Oakland Athletics played their 2019 season opener in Tokyo.

Murren reiterated MGM’s “deep” links to sports, stating that: “We are sharing data together. We are looking at how to promote the sport of baseball not only in the United States, but around the world.”

The executive added: “Japan loves baseball. We’re in the entertainment business. Baseball is a common bridge between the two countries, and we couldn’t be happier to be a part of this.”