June 1st Looms as Deadline for Vegas Workers to Strike 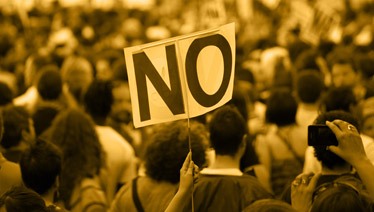 Hotel workers in Vegas are set to walk out on June 1st over job security, health benefits and pay. The strike will not affect online casino sites such as our own Grande Vegas, but will impact the large land-based casino-hotels such as El Cortez, Planet Hollywood, Bellagio, MGM Grand, Caesars Palace, Stratosphere and The D.

Although workers in the actual gaming halls are not involved the strike will seriously impact the hotels by removing all of the support personnel such as the  bartenders, housekeepers, bellmen, cooks and other kitchen workers, cocktail and food servers, and porters. In addition to regular casino traffic the strike will cause problems for hockey fans who are heading to Vegas to see the Vegas Golden Knights compete in the Stanley Cup Final. The game has attracted a lot of attention since the Golden Knights are in their first year as a national team and they have a good chance to take the Cup.

The workers are united under strong unions. The workforce, which is estimated to be approximately  50,000, is prepared to allow their contracts to expire at midnight May 31st and they intend to stand firm in their goal of attaining better terms. As of late May negotiations with individual casino-operating companies have not led to agreements.

The main issues for the unions are how to protect workers' jobs against the increasing use of technology at the hotel casinos, better health coverage, increased wagers and strengthened  protections against sexual harassment.

Union members seem ready for a fight. They have been stopping by Union Headquarters and at other gathering points, notably the Thomas and Mack Center at the University of Nevada. They carry banners and signs with slogans such as "show up or give up, security strike vote" and chant pro-union slogans in English and Spanish including  "No contract, no peace" and "hey, Caesars, look around, Vegas is a union town." They wear orange shirts emblazoned with the union logo and "Vegas Strong".

Geoconda Arguello-Kline, union secretary-treasurer, said "We've been in negotiations with the companies, and they are not giving the workers what they deserve according to the economy right now…..they are very successful. They have a lot of money."

Arguello-Kline termed the strike “a last resort.” She said that workers want to reach a new agreement but are prepared to start walking the picket lines if there’s no agreement by June 1. The union members are well aware that the casinos stand to benefit from the Trump tax windfalls and they want a piece of the action.

The workers are already seeing that some of their jobs are being automated – some casino resorts have automated bar orders and hotel check-ins which eliminates those jobs. Argüello-Kline has said that the union supports “innovations that improve jobs, but we oppose automation when it only destroys jobs. Our industry must innovate without losing the human touch.”

In addition to MGM Resorts and Caesars Entertainment the strike will impact SLS Las Vegas, the Tropicana, the Stratosphere, Treasure Island and 10 downtown Las Vegas properties.

The strike won't involve frontline gaming staff (croupiers, dealers), although a strike would cripple the city’s world-famous resorts in the same way that the last strike, held in 1984 and lasting for 67 days, shut down the city.

The 1984 strike cost 32 casinos upwards of $100 million and gave the Culinary Union a reputation as a scrappy labor union that isn't to be toyed with. The first strike that the culinary Union organized was a four day walkout in 1970 but it wasn't until 1984 that their power became apparent.

That was the year that the Culinary Union launched one of the largest strikes in Las Vegas history. The strike took more than 17,000 workers out of the casinos where they protested for months, costing the casinos dearly.

After that strike six casinos severed their ties with the union which caused union members to lose more than $70 in lost wages and benefits. However, in the long run, the union won a place as the representative of the Strip's support workers and earned itself a victory in labor relations.

There have been smaller strikes, plus threatened strikes, since that '84 but the strike of 2018 has the potential to seriously wound the casino industry in Vegas.