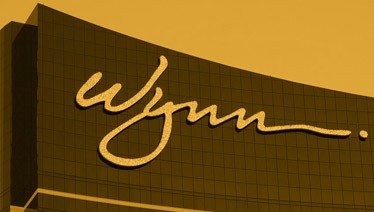 Las Vegas is in a state of turmoil after allegations of sexual misconduct forced casino mogul Steve Wynn to resign from his position as chairman and chief executive of Wynn Resorts. Ramifications of Wynn's exit are will be felt for many years.

#MeToo hit Las Vegas with a bang after allegations of sexual misconduct were made against casino mogul Steve Wynn, chairman and chief executive of one of Vegas's biggest gambling operations. Wynn's visions of how to build the gambling empire of the world have been adopted by other resorts and casinos, making him the acknowledged chief architect of 21st century Vegas.

Regardless of Wynn's future in the legal system, his resignation has impacted on Vegas and will continue to affect the city for many years to come.

The nonexecutive director of the Wynn company board, Boone Wayson, summed up Wynn's influence on Las Vegas. “Steve Wynn is an industry giant. He is a ….. visionary. He played the pivotal role in transforming Las Vegas into the entertainment destination it is today.”

Wynn's $18 billion Wynn Resorts casino and hotel empire is only part of the story of how he placed his mark on Las Vegas. He first worked as a bingo parlor operator and then built up the decrepit Golden Nugget Casino, renovating and expanding the casino and then, ultimately, building its twin in Atlantic City.

Wynn's most significant contribution to Vegas was bringing his vision that visitors to Vegas want more than gambling entertainment – they are looking for entertainment, five-star accommodations, fine dining and great shopping experiences. Wynn brought that to his casinos and his vision was ultimately shared by all of the other top Vegas casino operations.

Throughout the years the government investigated Wynn several times for possible ties to organized crime but the inquiries never turned up any evidence of wrongdoing.

Ultimately, Wynn was brought down by a Wall Street Journal report that summarized decades of allegations of Wynn's sexual misconduct. The allegations – one of which resulted in a $7.5 million payout to the complainant, created an atmosphere in which Wynn was more of a liability to the company than he was an asset.

Wynn himself did not admit to any wrongdoing, saying, upon his February 6th exit, "In the last couple of weeks, I have found myself the focus of an avalanche of negative publicity. As I have reflected upon the environment this has created — one in which a rush to judgment takes precedence over everything else, including the facts — I have reached the conclusion I cannot continue to be effective in my current roles. Therefore, effective immediately, I have decided to step down as CEO and chairman of the board of Wynn Resorts, a company I founded and that I love."

Yet the effects of the episode will continue to reverberate in Las Vegas for many years to come. The Jefferies global investment firm marked the event by writing that “Elvis has left the building, Mr. Wynn’s value to the company is unarguably profound as its chief visionary and diplomat. As such, we do not believe the company can grow at the same trajectory nor can it maintain its cutting edge position.”

Wall Street investors are hoping that Wynn’s surprise departure will stave off any significant licensing or regulatory fallout. Stock in Wynn Resorts has been fluctuating but there are signs that it is recovering from the shock of Wynn's departure.

He is likely to maintain an awkward, physical presence at Wynn Resorts, given that he maintains a residence at the villas of the Wynn hotel. Many of Wynn Resorts’ top executives were hand-picked by Wynn and, many analysts suggested, remain loyal to him, raising the possibility that other leaders could depart.

Shares plummeted on February 6th, the day that Wynn resigned, but just a few days after Wynn's resignation, Wynn Resorts shares rebounded, jumping 8.6 percent, The future, however, is unclear. The Massachusetts Gaming Commission is the suitability of Wynn and his partners to continue building a casino in Eastern Massachusetts, to which they hold the lone license awarded. They note that, by continuing to hold stock, Wynn continues to exert influence over the company and its brand.

David Crosby, chairman of the commission, explained that  “A central question is, what did the board of directors and staff know, and when did they know it, about the settlement and the associated allegations. That’s a critical point for us and for the public of Massachusetts to know ASAP" (regarding the $7.5 million paid to a woman who accused Wynn of forcing her to have sex with him).

Macau is also "clarifying" Wynn's actions. Macau is an important site to Wynn Resorts – the company's two Macau casinos bring in more than eight times the revenue of the Las Vegas casinos in revenues. Macau’s Gaming Inspection and Coordination Bureau, with the support and participation of Lionel Leong, secretary of economy and finance and Macau’s third-highest-ranking official, has requested that the company provide it with more information. The company's Macau license to operate expires in 2022.

Wynn Resorts' company president was named as Wynn's replacement and the company intends to move on "as usual." Questions remain, however, regarding whether Wynn Resorts can continue without Wynn and how Las Vegas will move forward without Wynn.

Billy Vassiliadis described Wynn as “an idea generator. “None of us in this world are irreplaceable," said Vassiliadis, chief executive of R&R Partners, the firm that markets Las Vegas for the city’s Convention and Visitors Authority. “But that kind of raw imagination is pretty rare."

Vassiliadis believes the Wynn brand can succeed even without Steve Wynn. “The product they have stands apart from the man, and the Wynn brand stands for luxury and service,” he said. Finding another name for the company might be the first step though.

Barbara Kahn, a marketing professor at the Wharton School at the University of Pennsylvania suggested that the company come up with another name for the properties, quickly. “If they decide they are going to do it, then they should rip the Band-Aid off and just do it.”

Will  the Wynn style and brand continue to impact on Las Vegas in the same way that it has for the past 30 years? Vitaly Umansky, an analyst at Sanford C. Bernstein in Hong Kong commented that Wynn’s shoes “will not be easy to fill. While, theoretically, the old adage that everyone is replaceable may be generally true, the Wynn dynamic is much more complicated and uncertain. Steve Wynn is WYNN the company.”