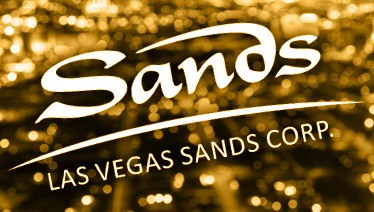 The Las Vegas Sands, which has already invested considerable time and money in their attempt to win one of the three Japanese land-based and online casinos licenses, has recently indicated that it may be having second thoughts.

In the past, Las Vegas Sands has said that it would be willing to spend $10 billion or more to build  an integrated resort of hotel rooms, entertainment venues, convention space, family activities and casino gaming space, if it receives one of three approved casino licenses.

However, as the government comes closer to announcing their decision regarding which companies will receive licenses, the Sands may be preparing to withdraw from the race.

In 2018 the Japanese government voted to begin the process of allowing casino gambling in Japan.  The Gambling Bill stated that three operators would be granted licenses to open Integrated Resorts which would include gaming space and other hospitality amenities.

Multiple operators from the United States, including MGM Entertainment and Wynn Resort, as well as from other areas of the world, began public relations efforts which, they hoped, would boost their chances to be chosen to enter a market that is estimated will reach $18 billion a year.

One aspect of the developments involves the cities in which the casinos are to be built.  Each casino operator has been focusing on a different city of prefecture in a bid to woo the officials of that area and convince them that their development will do the most to bring jobs and economic prosperity to that area.

One of the biggest targets is the City of Osaka where 7 operators, including Las Vegas Sands, have been vying to convince the local government that they will be able to bring the best deal to the area.

Prior to the indications that they might be dropping out of the Japanese market all together, Las Vegas Sands had shifted their focus from Osaka to the Tokyo and Yokanama area.

Many observers are surprised at the rumors that the Las Vegas Sands might no longer be interested in investing in Japan.  Wynn Resorts Development Japan President Chris Gordon, speaking of his company that is actively pursuing a Japanese license, noted that Japan is preparing to invest heavily in tourism and that casino resorts are part of that investment.

The government is targeting a long-term goal of bringing in 60 million tourists by 2030 which will establish tourism as a major growth sector.  “As you know, the government has set goals for the next 20 years to raise tourism to a very high level. We like that. It’s also a society that has had an interest in gaming — they certainly have gaming now with pachinko, horses and motorboats….Japan is a country with a famous history of quality, famous history of customer service. That’s a good fit for our brand.”

Vegas Sands may have decided that that’s not enough.  Company insiders note that it will cost as much to build one integrated casino resort in Japan as it did to build all of the Sands’ casinos and shopping malls in Macau.

Sands COO Rob Goldstein told company stockholders that the company needs to examine more closely whether an investment in a Japanese resort would result in appropriate returns for shareholders.

One issue that may push the company towards a decision involves the state of the Chinese economy which is slowing. Additionally, Bejiing is cracking down on money that’s flowing through Macao.  To analysts, these events indicate that it’s not a good idea to rely solely on Chinese venues and that investing in the development of an additional Asian gambling center would be a good idea.

Even if the Japanese market doesn’t reach the optimistic $40 billion that was originally floated, and comes closer to the $25 billion that is suggested by more conservative analysts, that  still puts the Japanese market well ahead of the U.S. which currently has an $11 billion market. That makes investment in Japanese casino gambling quite profitable for anyone building there.

Las Vegas Sands is looking at the numbers carefully, including at the estimates that posit that the Japan market may be worth only $15 billion annually. That’s still enticing but it calls for more rigorous cost-benefit analyses before signing on the dotted line.

The procedure for awarding licenses in Japan, according to the 2018 Casino Bill, calls for the national government to approve three cities who will each have the authority to issue a license. Osaka will almost certainly be one of those cities and the two other locales are expected to be Yokahama and Tokyo. Eight casino operators originally vied for the Osaka license but that has been whittled down to three.

Wynn withdrew from Osaka and Caesars Entertainment has withdrawn from Japanese consideration all together. It’s estimated that building one casino will cost upward of $12 billion or more, taking into account building and licensing costs as well as the perks that the cities are demanding in terms of upgrades of local infrastructures and participation in local law enforcement and other local service expenses.

Goldstein's comments are indicative of why Sands, and others, are having second thoughts. According to Goldstein, “No matter how good you are at this business, that must give you pause and stop and think, is that prudent? Can you really deploy, can you get the return? We've had those discussions, and we've had them with the Japanese government, and so our chairman and our board will make that decision ultimately.”

With all that said and done, it’s not clear that the Las Vegas Sands’ ambitions for participation in the Japanese market are dead. The Sands may hold out for Tokyo or may wait for the Japanese government to realize that it needs to make investment more economically realistic in order to attract the big guns to its casino industry.