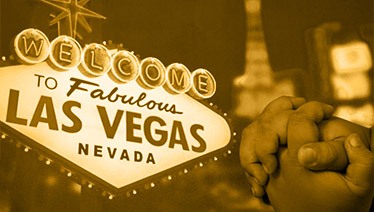 Shares of MGM Resorts International are plunging and MGM is admitting that it's taking longer than expected to recover from last year’s Mandalay Bay shooting. MGM shares dropped 8.6 percent, from $3.04 billion to $32.29 billion which wiped away about $1.7 billion of market capitalization from its Vegas games empire. Instead of moving ahead after October's Mandalay Bay shooting incident the casino operator is seeing its biggest drop in month.

MGM Chief Executive Officer Jim Murren told Wall Street analysts that the site is not turning around as fast as expected. In a call discussing first-quarter financial results Murran said "This is a property that is undertaking a tremendous challenge"…..which "has lagged behind what we had predicted in terms of its performance". During the first quarter of 2018 the property’s revenue declined $16.3 million, or 6.3 percent. Occupancy fell to 85% -- 6 percentage points. That's the second lowest among MGM’s Strip properties, ending the quarter just slightly ahead of the low-end Circus Circus.

The loss is a significant blow for MGM which counts Mandalay Bay as its fourth largest property in its portfolio, accounting for 8.5% of its net revenue. In good times Mandalay Bay hosts many of the city's largest conventions but over the past few months it's seen the cancellation of a large convention and several smaller meetings.

According to Chief Operating Officer Corey Sanders, demand for meeting space at Mandalay Bay, as well as room reservations by leisure travelers is “challenged.” he added.

All travelers seem to be “electing to stay away” from the property and Murran added that they seem to be choosing to stay at competitor properties at the moment.

MGM is currently rebranding the outdated Monte Carlo into the more upscale Park MGM in a massive $550 million overhaul. Murren spoke about how the work is causing much greater disruption than management anticipated thanks to heavy equipment parked outside the hotel and construction workers moving through the premises.

“One of the challenges that Monte Carlo has had for the last several months is that it does not have a porte-cochere. It’s kind of a tough thing when you go to a resort and you can’t drive up to the front door.” During the first quarter of 2018 Monte Carlo revenue declined 23 percent, or $17 million, to $56.3 million.

Murren said MGM Resorts had never done a renovation on this scale and that his team “completely underestimated the financial impact of the construction project". He said that the property’s new restaurants and bars are serving meals and drinks and are “doing very well” while the rooms are now 90 percent completed. Murren estimated that construction will wrap up before the end of the year.

He also forecast that the year’s earnings be hit from the cancellation of the highly anticipated May 5 rematch between Gennady Golovkin and Saul ‘Canelo’ Alvarez at T-Mobile Arena.

Despite the Mandaly and Park MGM setbacks, MGM is on a roll with two new projects moving ahead as scheduled. One involves a casino opening in Cotai while another opening is scheduled for this summer in Springfield Massachusetts.

Murren intimated that the company was not interested in buying Wynn Resorts' Boston Harbor project, saying “We have no interest in embarking upon a major growth plan through M&A” but he declined to comment about the possible sale when asked specifically about Wynn Boston Harbor. There's noe secret, however that MGM is interested in opening an integrated casino-resort in Japan which has recently passed legislation that will open the market to gambling venues.

The company expects full-year Strip revenue per available room to grow 3 percent this year. That projection is down from an earlier forecast of a growth of 4 percent. They are looking to 2019 to offer a strong comeback with a better convention calendar, a strong showing from their new China casino and a higher booking rate for their Nevada holdings. .

When adjusted before interest, depreciation, taxes and amortization operating income fell 28 percent to $360 million while the taxable earnings for the first quarter of 2018 fell 4.1 percent to $804 million compared with the same period in 2017.

Despite the concerns about MGM's slide, Joseph Greff, a JPMorgan analyst, thinks that the run of bad luck is going to change. "We note that the LV strip Ebitda trim could/should be looked at as temporary (it probably will not be today), and, if this Ebitda trim is capitalized with an 11 times target multiple, it would imply downside equity value per share of $1.45" Greff wrote. Greff rates MGM with a $44 price target which is approximately 36% above Thursday's close of $32.29. The company is relying on that optimistic assessment as they move forward with new projects.

One project that was recently announced involved expanding into the Midwest with the purchase of the Hard Rock Gaming Resort from Milstein Entertainment LLC, The site is located in  Northfield, Ohio and purchase price is estimated at approximately $1.06 billion. News of the purchase pushed up share prices of MGM Growth Properties.

In a client note, Morgan Stanley analyst Thomas Allen wrote “We expect that MGP (MGM Growth Properties) will be able to garner interest from third parties given the attractive fundamentals at the property and in the broader (Ohio) market, with MGM as a back-up operator should attractive bids not surface.” The deal is expected to close in the second half of the year. MGM Growth Properties will fund the transaction with a mix of cash and debt. They expect an annual rental income of $50 million to $60 million.