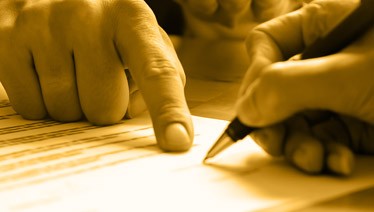 The Vegas online news reports that two of the city's biggest casinos, Caesars and MGM, have reached a deal with the Culinary Union which will avert a threatened strike and allow the casinos to continue to function. The tentative labor agreements mean that the union can now turn its attention to its negotiations with the smaller casinos which, thanks to the precedent set by MGM and Caesars, are expected to fall into line.

This week the Culinary Union said that it will be focusing on properties that are located downtown and on the Las Vegas Strip. If there isn't any progress in the negotiations with these properties -- which include the Tropicana, Treasure Island, the D, Downtown Grand and the Golden Nugget – the workers could walk out at any time.

Bethany Khan, spokeswoman for the Culinary Workers Union Local 226, said "The agreements with MGM and Caesars have historic language regarding immigration, technology and automation, and safety, from sexual harassment language to safety buttons. We always have one standard for our contracts, and we are going to negotiate that one standard with other properties."

So far, no details of the tentative agreements that were reached with MGM and Caesars have been released. The workers have not yet approved them. In general however, the agreement includes wage increases and a promise that housekeepers will be equipped with "panic buttons" — wireless devices that they will wear and can use to alert managers if they find themselves in a threatening situation.

The collective bargaining sessions affect all of the Culinary Workers' member including housekeepers, bellmen, bartenders, servers and kitchen workers. Talks have been going on since February.

Ms. Khan did say that the agreements include language that addresses the beneficiaries of the Deferred Action for Childhood Arrivals program that is a holdover from the Obama era. This program allows people who arrived in the United States as children to live and work in the country under temporary protective status. The Trump administration is seeking to end DACA but the courts have kept the program open. The administration, however, has announced that it will terminate the special protections of thousands of immigrants from specific countries.

It is known that the tentative agreement states that workers who lose their work permit and are later able to readjust their immigration status will be able to retrieve their security and their casino jobs.

Tom Jenkin, global president and lead negotiator for Caesars, said in a statement "We are pleased that all economic and personal security issues have been resolved with this new contract and that employees will continue to provide guests superior service and experiences. This historic agreement ensures that our union team members will continue to be a crucial part of the Las Vegas dream."

None of the other casinos seem interested in doing anything that would promote a strike. The last Vegas strike affected all of the city's casinos. It cost workers and the city millions of dollars. Presently, workers on the Las Vegas Strip average about $23 an hour. This includes benefits such as a pension, premium-free health care and a 401(k) retirement savings plan.

The union has indicated that, as negotiations progress, it will focus first on the Strip's casino-hotels and then those in downtown Las Vegas.

Some observers say that a strike would be largely irrelevant and that the union doesn't really have the power to raise wages above market rates. The union is trying to present itself as a power with which the casinos must reckon but in reality, if their demands are too high, they will lose whatever power they have left. They can only demand what the casinos are able to supply.

At Boyd, on the other hand, there are 19,707 employees, only about 9% of its work force (1,811 workers) are unionized. While Boyd's work force is less than a tenth the proportion of union labor that MGM employs, SG&A expenses at Boyd are still about the same as MGM’s proportionately – approximately 19% of top line revenues. If union labor were significantly more expensive, the expectation would be that MGM would have higher labor costs than Boyd. Yet that’s not the case.

Analysts point to the fact that MGM would not rely so heavily on the CWU for its labor if  there were really drastic differences between union and non union labor costs. So why does MGM (and other casino companies) put themselves in a position in which they are dependent on the CWU for their workers?  Perhaps because, logistically, it's easier to hire the CWU to take care of menial labor rather than headhunt for individual workers. Whatever MGM saves by not needing to find janitorial and culinary workers themselves can be put back into higher salaries and benefits.

Negotiating power is different in the public sector where no market wage rates exist. Some analysts have pointed out that  US states with the highest percentage of unionized labor (Illinois, New Jersey, California, Connecticut, Massachusetts, etc)  have the worst public finances and unfunded public pension liabilities.

One aspect of the strike threat that hasn't been widely reported involves workers' worry that the advance of technology might make it cheaper for the casino to turn to automation rather than rely on human labor costs. So far, there's no word on how that concern is being addressed in the current negotiations but workers want to see this issue brought up as, they feel, if the casinos automate services, it could take their jobs.