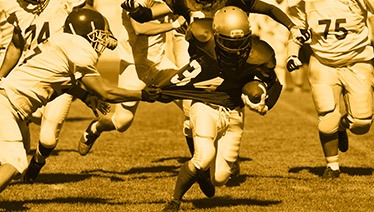 College sports officials were some of the most vocal opponents of the push to lift the ban on sports betting. Now that the Supreme Court has ruled that sports betting is, indeed, legal in states where the state legislature authorizes the practice, these officials are monitoring the situation carefully to make sure that the online (maybe at our own Grande Vegas one day?) and offline sportsbooks respect college football’s unique position.

The first college football games of 2018 were played last week and it was the first time that legal gambling was allowed on predictions of the games’ outcomes. Gambling on college football has been taking place – illegally – around the country for decades but now it’s out in the open. Everyone is getting ready for the adjustment.

In preparation for the launch of legal sports betting on college games, the NCAA commissioned a study to provide insight on how legalized sports betting might impact college sports.

Mark Emmet, NCAA president, has continually reiterated that the NCAA would prefer to see a federal framework for legalized sports gambling as opposed to individualized legislation on a state-by-state basis.

As the 2018—2019 season gets underway, the issue of sports betting is serving as a hot-button issue at conference media days. Last year patrons in Nevada wagered more than $4.5 billion, spurred by the rise of mobile sports betting. A sizeable amount of that involved college football. Now, sports gambling  is expanding and the NCAA is tackling the issue head on.

Earlier this month, the NCAA announced that they would form an internal working group to study measures to monitor betting activity and how to most effectively monitor sports data. The aim of these actions involves ensuring that the integrity of college athletics is preserved. This comes after SCOTUS struck down a quarter-century federal ban on sports gambling in May – in the ruling, the Court declared that the Professional and Amateur Sports Protection Act of 1992 (PASPA) was unconstitutional and that states could legislate their own sports betting laws.

The NCAA opposed the move, reiterated the association's widespread concerns related to gambling. Simultaneously, the association advocated for the imposition of robust federal standards so that the integrity of college sports would be upheld. The NCAA also suspended a ban that prevented championship events in states that offer legalized sports betting from being held – the suspension is, as of this time, temporary and may be reimposed if and when the NCAA deems it necessary.

Donald Remy, NCAA chief legal officer  commented that "While we certainly respect the Supreme Court’s decision, our position on sports wagering remains. With this new landscape, we must evolve and expand our longstanding efforts to protect both the integrity of competitions and the well-being of student-athletes."

To date Delaware, New Jersey and Mississippi have sports betting operations in place. Football team officials at the University of Mississippi  have consulted with University of Nevada at Las Vegas officials on how to institute safeguards that will shield athletes from the risks associated with sports gambling.

Over the last year, team officials from SEC Southern Conference schools have been in communication with representatives from the major leagues to stay up to date on their conversations with various state legislators. SEC commissioner Greg Sankey said that the conference wants to find ways to adapt to the new reality. "For us, the integrity of our games is of the utmost importance. While it may be preferred to have no expansion of gambling activity, what is needed now is for our state and federal legislative leaders to enact policies that properly support the integrity of our games and provide the necessary protections for our students and our student-athletes."

The Big 12 schools have begun to work with a consulting group that will alert the conference when irregular betting patterns arise. Bob Bowlsby, commissioner of the Big 12 Conference explained that "we do it mostly because we want to protect ourselves from point shaving and officiating issues."

Other changes might include a national injury registry for FBS games, similar to the weekly injury report in the NFL. Previously there was a gentlemen's agreement among ACC coaches to share injury information publicly. For the upcoming season that quiet agreement seems to have turned into a formal registry which, commissioner John Swofford said, not only include injuries, but also players who could miss game action due to disciplinary action. "I think that reduces to some degree people you don't really want coming around players, managers, doctors and anybody associated with the program and trying to get information in an underhanded way."

Big Ten commissioner Jim Delany and Pac-12 commissioner Larry Scott, former chief executive officer of the WTA, and have also held discussions on the merits of the injury reports. Delany would have like to have seen such a registry implemented years ago.  For his part Scott worries that college students aren’t like professionals athletes. They don’t live in a "cocooned bubble," as they live on campus with thousands of other students. Scott noted that some federal privacy laws may apply differently to players in college in comparison with those in the NFL.

Although it is late in the 2018-2019 season to implement a registry, NCAA officials expect one to be instituted soon on a national basis.