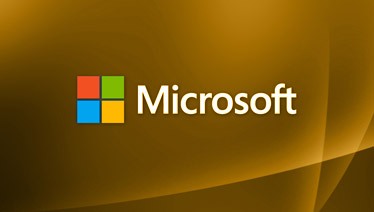 Thank goodness online casino play with new games and welcome bonus casinos like our very own Grande Vegas casino are extremely stable and can be counted on. Because what's going on in the general online world is WILD. Read on....

Mixer, the Microsoft platform that until recently was a favorite of many streamers, shut down permanently in July. Mixer partnered with Facebook Gaming which will take up where Mixer left off.

Mixer was called “Bean” until 2016 when Microsoft acquired it in an attempt to compete with Amazon’s Twitch. Microsoft had high hopes for Mixer but it never performed as well as hoped. Microsoft decided not to invest more resources in boosting  Mixer but rather to close down the platform and partner with Facebook Gaming.

As per the agreement, Facebook Gaming would be promoted as the next generation Mixer streamer in return for Mixer having access to Facebook’s large viewer base as Mixer aimed to entice users to use Microsoft’s xCloud game streaming service where people watch live-streaming games and are encouraged to join in the gameplay.

Mixer invested heavily in acquiring top streaming talent but grew only 0.2 percent from April 2019 to April 2020. During that same period, Twitch and Facebook Gaming both saw triple digit growth. In its announcement that it was closing, Mixer committed to help viewers and streamers transition from Mixer to Facebook gaming but many streamers found themselves starting at Ground Zero.

Facebook Gaming agreed to give Mixer partners – those who had met specific thresholds set by the platform – similar status on the Facebook Gaming platform but streamers found themselves in the position of building up their base of followers from zero.

After Microsoft announced the closure of Mixer, Mixer hosted three town halls which, in essence, were designed to ease their streamers onto the Facebook platform. Head of Facebook Gaming Vivek Sharma promised  “In any which way we can support you as streamers and creators and brilliant artists, that is what we’re here for. I know it may sound corny coming from big bad Facebook blue.”

Many of those streamers had been sticking with Mixer because it was a smaller platform and they and their viewers felt more comfortable in the community-style atmosphere. Mixer partner managers worked closely with the streamers and everyone felt a bit superior to the mega-power Twitch.

The smaller scale gave Mixer streamers a feeling that their relationships with their followers were enhanced. Former Mixer employee Milan Lee explained,  “A lot of other people, they look at platforms like Twitch, and Twitch is massive … so sometimes they feel like their voices aren’t heard and they’re just a grain of sand at the beach…..On Mixer, our thing was, ‘Hey, we know we’re new to the game. We’re building out communities, and you as a partner get to help us shape the future.’”

Many streamers had been with Mixer even before Microsoft acquired it and it was still Beam. Even though Mixer always offered a more intimate kind of feel, its time as a Microsoft subsidy diminished the kind of environment in which partners felt that they had power over the platform. Every one remembered that, in the early Beam days, founders James Boehm and Matt Salsameni were accessible and communicative.

Jesse Mayer, a former Beam and then Mixer partner said, “When we brought up issues, the guys that created [the technology] were there. And when they said, ‘Hey, we see this as an issue, we’re gonna fix it,’ they did.” “There wasn’t a hoop. There wasn’t, ‘Okay, it’s gonna take $2,500, three weeks of testing, two change orders signed off by executive leadership.’ We had a direct outlet right to the founders.” Mayer has moved to Facebook Gaming.

Beginning of the End

Most observers believe that the beginning of the end occurred when Mixer triggered a battle over exclusivity deals by poaching Twitch’s most popular streamer,  Tyler “Ninja” Blevins. Another nail in the coffin involved the launching of HypeZone channels. HypeZone highlighted streams that showed players who were close to winning their game.

The changes weren’t unwelcome – HypeZone channels were popular and players liked to be featured on them.  Ninja’s presence was also welcomed. But the changes seemed to signal that Mixer’s priorities had changed and that was concerning to many.

Trey Veasy, a former Mixer partner, explained. “Ninja coming to Mixer wasn’t a better deal for Mixer. Ninja coming to Mixer was a better deal for every streamer out there. Ninja created a pathway that made content creation a real career. … I’m now in talks with Facebook Gaming and potentially Twitch to be a paid content creator under a contract earning more than just what my community can offer me.”

Still, the rivalry with Twitch was a fight that Mixer wasn’t in a position to win. The company was also rocked by allegations of sexual misconduct and racism that were causing a number of popular streamers to threaten to leave the platform.

The situation got worse when Milan Lee quoted his manager as saying,  …”the partners on our platform, they’re my slaves. So I own their content, I own their future, I own their success. I’m the reason they either succeed or fail. I control all of that. And me, I’m their slave master.”

Within hours after publicizing the comments, Microsoft announced that Mixer would be closing.

Facebook Gaming is the biggest winner in this saga. Faceboook Gaming is an appealing platform for many streamers. It plans to cut down latency by 50 percent, offer sub-second levels and make quality of life improvements.

The creator pages allow users to stream their content but since they aren’t linked to personal Facebook pages there’s no need for streamers to accept friend requests from followers – that same perk is soon to be extended to viewers.

Facebook Gaming’s product manager described Facebook’s outlook. “To be blunt, Facebook is a social media platform that is built on real identity. You use your real name, you chat with your real name, it’s people interacting with other people. And that’s not how other gaming platforms are built.”

He acknowledged that the social media giant would have to change its approach to allow the user of aliases in order to appeal to streaming audiences.

Another feature that is sure to be popular is the option for streamers to set community rules. “You can choose which rules fit your community best, and then we’ll give a prompt to people that enter your chat and say, ‘Hey, these are the rules of this community. Here’s a little blurb about what this community is about. If you want to chat, you have to accept these rules.’”

For monetization, Facebook Gaming is offering “Stars,” – similar to Mixer’s “Embers” and Twitch’s “Bits.” These “Stars” are currency that can be donated to streamers by viewers. Facebook said that it’s testing gifted subscriptions as well.

On Facebook streamers will be able to attach clips of their streams. If released into the Facebook ecosystem, these clips could go viral. “You’ve now just organically, for free, created your own PR department that just went all over Facebook, showing your channel, getting ad revenue,” said Sharma.

Facebook’s main competition will be with Google’s YouTube and Amazon’s Twitch. The company has a good chance to move up to #1 thanks to its advertising capabilities, chat and group functionalities and massive install base.

Mia Consalvo, a professor research chair in game studies and design at Concordia University in Montreal said “If you remember the early days of America Online, you weren’t technically on the Internet.  You dialed in to AOL and there were information pages, the chat room, you could send mail, you could meet up with your friends. If you look at Facebook now, it’s almost like they’re trying to replicate that experience. … With some of the streaming platforms, you might need more peripheral technologies like Discord or Twitter to broaden out the channel. But the platforms themselves were always, always striving to try and keep [people] within the platform as much as possible.”

For streamers, the biggest loss is the competitive market. “For a streamer who is interested in making money, Mixer’s closure means that they have a little less leverage with other companies,” said Consalvo. “They can’t say, ‘oh, I can’t get a good deal with you. I’ll go there.’ There’s no there there anymore.”