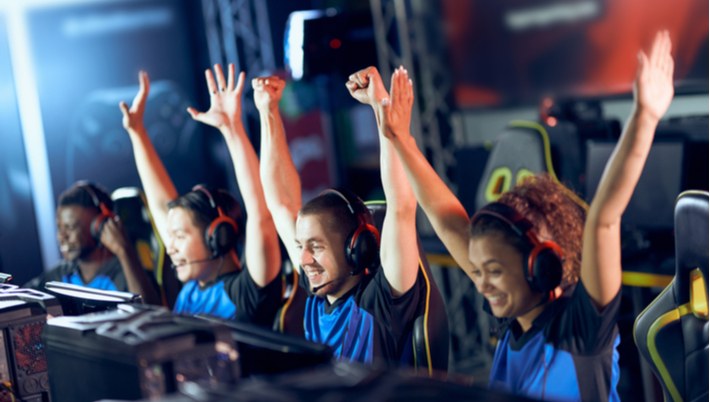 There are 3 main types of video gaming today. First are the individual gamers who enjoy playing the online casino games on their own, or with personal friends or acquaintances. Second are the Vegas casino online esports competitors who play for teams in the same way that football athletes play for their team. Third are content creators whose gaming skills are highlighted on live streaming sites where fans, followers and other viewers watch them, listen to what they have to say and often follow their lead.

While the tournament competitions may seem to provide the most excitement, the content creators are, increasingly, getting the most money. These creators are being courted by big brands as “influencer/marketers” and, together with the money that they get through subscriptions and other personal promotions, is fast becoming more lucrative than being a team player.

Thanks to today’s expectation for instant, unlimited entertainment, content creators have been able to take the idea of instant content to the web and find ways to get it to expand. Along with the viewing content, streamers connect, speak and chat with their viewers which brings people closer to the streamers that they are following. There are live streams on multiple topics but gaming content seems to be one of the most popular types of videos.

Thanks to online content, traditional media outlets cover video games differently. Video game studios vie to get their games streamed by popular creators and marketers strive to find content creators who will market their product as part of their broadcasts. Content creators – influencers -- can generate millions of dollars a year by marketing on their channels.

Content creation was once the realm of nerds and hobbyists but today it’s a full-time career opportunity. For many of the top gaming influencers, content creation is their full time job and it’s a lucrative career for those who are good at it. In addition to income generated through sponsorship and advertisement deals, influencers can use the Patreon.com site to offer subscribers perks in exchange for income-generating monthly subscriptions.

Creators produce live shows, videos, podcasts and animated shows thanks to these fans and marketing deals. And gamers who might have once pursued a place on an esports team as a competitive gamer are finding that it’s more worthwhile to open a studio in their basement and earn good money while people watch their gaming content.

Playing esports as part of a pro league team was a dream come true until just a few short years ago. But now, many gamers are considering substituting tournaments and competition for content creations.

eSports pros are known as athletes. Their  training schedules are rigid and their commitments to their team absolute. eSports athletes always live with the fear that if their game changes too much, the learning curve to stay current will be steep and demanding.

Some players stick with the competitive esports circuit. Others become gaming influencers, either on their own or with esports organizations that help them grow their celebrity.

The numbers of top gamers who are quitting esports to pursue careers as personalities on YouTube or Twitch is growing. United Talent Agency’s Head of esports Damon Lau says that the ability to make more money, combined with the less grueling schedules, are fueling the move. They’re asking themselves, said Lau, “Why can't I control my own career and control my own destiny and have the opportunity to build a business around myself?”

It’s not just burned-out players who are shifting their models of operation. Esports organizations, sponsors game publishers and others involved in the industry are beginning to reallocate resources and attention to video game streamers from competitive tournaments. A number of esports professionals are investing more in content creators and influencers to diversify their business.

Gaming analytics firm NewZoo estimates that the esports industry brought in about $1 billion in 2020. Pre-COVID-19, organized tournaments drew crowds of thousands to major arenas. Now it’s possible to reach the same audiences online. Revenue from live events was generally not enough to recoup the substantial cost of holding such events – constructing esports stadiums/renting an arena, paying players’ salaries, buy-ins to big leagues for games like Call of Duty or League of Legends -- but online content is easy to produce and costs only a fraction of the expenses of a live event.

Riot Games head of esports Chris Greeley told WIRED.com that esports is not a stretched-out bubble ready to burst. “I think you're going to see a bunch of folks who are pivoting or shifting direction or shifting strategy to continue to move forward, the way any startup industry tends to do.”

Even esports organizations that are known for running tournaments are pivoting towards signing deals with content creators. These gamers chat with fans whiel they play games at a high level while the teams facilitate sponsorship deals, provide salaries and manage the gamers’ businesses. For the teams, the advantage is that, by allying with the influencers, they attract more sponsorship deals which then allow them to operate their teams in the tournaments. Influencers draw bigger audiences than esports competitions and brands that are weighing where to put their money will go with the option that will give it more visibility every time.

Corsair CEO Andy Paul says that the bottom line is that “It’s all about return on investment. What we’ve seen with esports so far is that there’s not clear winners. There’s still a lot of churn.” Paul says that, as Corsair’s marketing budget has gone up, the company is dedicating less to esports teams and more to influencers. Corsair’s sponsorship strategy is shifting because, says Paul, content creators are easier to identify with. “Once you get an emotional connection with somebody, you’re going to trust them when they say, ‘I’ve been checking out this microphone, and it really sounds good.’”

Publishers are also shifting. Riot, with its new shooter Valorant and Epic Games, publisher of Fortnite, are focusing more on influencers. Riot Games is supporting third-party tournaments for both esports stars and content creators while the Fortnite 2020 Creator Cup gave prizes to viewers for watching and rooting for their Twitch streamer of choice.

There are risks for esports athletes who shift to content creation. Not every pro athlete can make the switch. To do well as a content creator, you need more than gaming skills l—you have to retain audiences through charisma, the ability to interact with viewers and the presentation of something “extra” that will draw viewers in.

But esports’ embrace of content creators has the potential to open up the industry to different types of gamers including women and players from underrepresented backgrounds – those who don’t always feel supported in traditional esports leagues.

A study by Tubular Labs found that “influencers on average are better at making their audiences tune in on a regular basis and creating a loyal following that they can monetize and engage with consistently.”

The new influencer industry will continue to change esports for the foreseeable future.