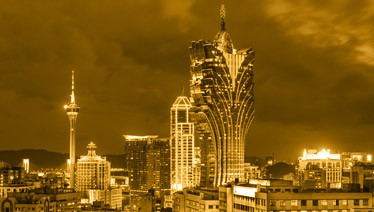 The epicenter of the casino world is shifting. Whereas only a few short decades ago Vegas was the focus of global gambling, new online casino and land-based centers have opened around the world. In the East Singapore, Hong Kong, Korea, India, Australia, New Zealand and even Japan are developing casino industries. Macau, however, has become the epicenter of Asian gaming with a multi-billion dollar infrastructure that continues to grow annually.

US Sanctions and the Macau Gaming Industry

Macau is a Special Administrative Region of the People's Republic of China. Macau maintains a separate political and economic system apart from mainland China and except for defense and foreign affairs, it is autonomous.

Macau is heavily dependent on Chinese tourism to keep its casino industry running. The recent “trade wars” between China and the US worried the Macau casino operators who wondered whether the Chinese would punish US casino operators by limiting the number of gamers that were allowed into Macau. For now, that worry seems to be unfounded.

Some experts believe that it’s unlikely that China will seek to apply pressure on US companies in Macau. Speaking at the annual CLSA Investors’ Forum in Hong Kong on Wednesday, Jonathan Galligan, head of Asia Gaming and Conglomerates at CLSA, said that he felt that the concern that US casino companies could become collateral damage in the trade war, as the Chinese take retaliatory action for threatened tariffs on Chinese exports to the US, is not going to happen. Three of Macau’s big-six gaming concessions —MGM China, LVS Corp and Wynn Macau — are either fully owned or partly owned by  American casino companies.

China is almost certainly looking for ways to punish the United States for imposing punitive tariffs on its goods. China’s large trade surplus means that it can’t impose the same kinds of tariffs on American goods so it will likely seek other methods of retribution.

For instance, after South Korea deployed a US-backed missile defense system last year, the Chinese government prohibited Chinese companies from offering package tours to South Korea. Theoretically, China could do the same to Macau – about two thirds of visitors to Macau are Chinese and their gambling activities accounts for 90 percent of Macau gaming revenue.

Galligan says that he doesn’t believe that that will happen since it’s ultimately to the benefit of the Chinese government to turn Macau into a successful tourism destination.  “I think, ultimately, the Chinese will take a very rational view on Macau,” Galligan said. “Negatively putting pressure on certain operators is not how you’re going to achieve that ultimate goal.” He added “I think the Chinese will probably rise above the rhetoric of the trade spat to recognize that the current competitive environment in Macau doesn’t need political headwinds that would stifle investment.”

The Bloomberg Intelligence index reports Macau casino stock has fallen 30 percent since the end of May. The downturn is seen as being due to uncertainty over the trade stand-off and caution about a slowdown in the Chinese economy.

The tariffs were imposed by U.S. President Donald Trump who is seeing to reduce America’s deficit in goods and extract concessions on other issues such as intellectual property and technology. He could, potentially, impose tariffs that would cover the  entire amount of Chinese exports to the U.S.

Casino operators don’t seem to be worried as they move forward with developments and expanded Macau investments. Caesars Entertainment, for instance, has filed for trademark protection in Macau as demonstration that the company remains interested in furthering investments in the region.

According to Macau new sources, subsidiaries of Caesars have filed to protect The Cromwell and The Flamingo brands in Macau. The goal of the filings involves securing the trade names as they relate to casino services, gaming services, hotels, restaurants, casino management and nightclub and entertainment venues. The Flamingo is the oldest resort still in operation on the Las Vegas strip and the Cromwell is a boutique Las Vegas casino and hotel. These are the two brands that Caesars has made available to third-party operators who might want to pursue a partnership.

Other Vegas operators already have properties in Macau but Caesars is only now starting to expand globally. The company’s first Asian casino resort is scheduled to open in South Korea in 2021 and it has deals pending for hotels (with no casinos) for Mexico and Dubai. Caesars wants to expand its international presence and lessen its reliance on its US operations. By pursuing a branding partnership Caesars will not, at this time, need to invest in developing and owing new properties.

Above all, Caesars is focused on getting an early foot in the door in Japan. Now that the country’s Integrated Resorts Implementation Bill has been signed into law, the bidding has started to see which casino companies will be awarded tenders to build. Caesars has invested heavily in efforts to obtain one of the three permits that are to be granted in the first phase of the IR implementation.

Caesars made its intentions of focusing on Japan known when it formed a three-member Japan Advisory Committee even before the IRIB was signed into law. The committee includes  former US Senate Majority Leader Tom Daschle (D) , former US Trade Representative Charlene Barshefsky (D) and international business consultant Kara Bue.Daschle said this year that Caesars would be a perfect partner. “As the industry’s pioneer and chief champion of responsible gaming, I know they will bring the thoughtful and family-oriented approach that Japan is looking for.”

Caesars will be competing with other Las Vegas companies that are just as determined to stake a place in japan. MGM, Wynn Resorts, Las Vegas Sands, Galaxy Entertainment, and Melco Resorts are also readying their offers. Japanese officials have stated that they’re looking for casino operators who have demonstrated that they can work internationally with local partners.