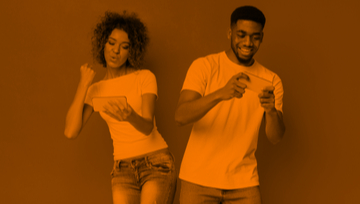 Some of the biggest new partnerships include:

Barclays, one of the oldest and most respected banking institutions in the world, is investing in the National Students esports (NSE) on a multinational investment level in preparation for the 2020/21 academic year. According to the agreement, Barclays will sponsor the British University eSports Championships. Additional initiatives for student esports fans will be announced in the coming weeks.

Barclays decided to get more involved in esports after a successful January Barclays Game Technology Frenzy event when NSE and Barclays jointly hosted esports matches in London. Jonathan Tilbury, Managing Director at NSE, said “From day one, we’ve been struck by how passionate the team at Barclays are about esports. We’re incredibly excited to continue working with a brand so committed to positively shaping the future of the student esports space.”

As Barclays increases its involvement in esports, its partnership with NSE marks its second partnership deal in the industry. Barclay’s kicked off its involvement with esports when it became headline sponsor of the UKLC Summer Split which will begin on June 14th. Ben Davey, CEO of Barclays Ventures commented, “We are delighted to be partnering with NSE. We see the important role they play in building UK grassroots esports. Not only does NSE bring students from around the country together online, to play the games they love competitively, they also champion programs like FutureGen, to create opportunities to help individuals and communities develop and grow.”

Barclays believes that, with the absence of live sporting events in the foreseeable future, its esports involvement will give it the opportunity to position itself as a leader in the growing esports industry.

Lamborghini has announced that its first-ever esports series, “The Real Race” is now up and running.

Lamborghini has always been known for speed, prestige and luxury. Now Lamborghini has decided to add a new descriptive to its image – patron of esports. The company is ready to link to the esports industry and become a leading figure in the expanding world of esports.

Lamorghini is launching “The Real Race” – the company’s first-ever esports series – in partnership with the “Assetoo Corsa Competizione” video game. The sim-racing series is open to gamers of all skill levels. The competition consists of five qualifying weekends spanning May to August 2020. Lamborghini will fly many of the world’s top drivers to Italy for the September in-person finale.

Katia Bassi, Lamborghini’s chief marketing officer introduced the series by saying, “This is completely aligned with Lamborghini’s strategy to be closer to brand lovers and the younger generations. Lamborghinis are priced between $200,000 and $5 million, making them unaffordable to the general public. But, Bassi says, the company’s new involvement in esports will make it more visible to the general public and give it useful marketing data.

“We sell 8,000 cars per year,” Bassi said. “The reality is that in terms of brand awareness and participation, for sure this is going to be a good element for us to grow. … And, honestly, to have data to create predictive marketing. The more we know what our fan base would like to see from us, the better it is, because we want to be even more accurate than we are right now.”

Lamborghini joins Nissin, BMW and Porche as sponsors of iRacing games and Ferrari is rumored to be developing its own series. Joern A. Buss, a partner at the Oliver Wyman’s global automotive practice consulting firm, says that these one-make racing series are appealing to car brands for many reasons. “The biggest one, and it’s very attractive, is licensing to video games….We’re talking double-digit margins, easily — more than any car company makes on any car that they’re selling. In that regard, it’s easy money: you lend your logos and lend your scans.”

Buss says that another factor is control. When a company like Lamborghini sticks with one racing platform, the manufacturer has more input on the quality of the sim-racing product and can limit who scans their cars. Of course, the manufacturer has a guarantee that one of its own virtual cars will win the race. “There are always debates about which cars are the best on each track,” Bussa said. “You end up with 75 percent of the service using that one car that people agreed online was fastest, and the other cars don’t get any love.”

Governments around the world are currently examining ways to use game-based approached to research, educate and engage a new audience.

Today there are an estimated 2 billion to 2.5 billion gamers worldwide. By 2025 the gaming industry is projected to be worth $300 billion.  Gaming, as a popular and broadly distributed digital technology, is attracting the attention of government institutions who want to engage audiences in a more meaningful way. For example, in the United States, army recruiters have developed their own competitive esports team so that they can better reach out and recruit young gamers.

Additional governmental entities are also leveraging gaming as a way of meeting their own mission goals. While the framing and the approach differs from one institution to the next, the goals remain the same – to innovate in research and make policy discourse more “real” by educating via gaming.

For several years, the U.S. government has been fostering innovation in game-based approaches by funding organizations and agencies to encourage them to create games that help solve problems. The Federal Games Guild, a community that promotes gaming use across federal entities, maintains a list of funding opportunities for interested organizations and researchers.

Gamers then compete and the results of their efforts go towards hasten research directives for innovation in the fields of computing and health. Through the gamers’ efforts, researchers have been able to identify HIV-related proteins and develop novel proteins. The Foldit community is currently mobilizing to treat and stop COVID-19 by identifying causal elements at the molecular level.

The Department of Education’s Institute of Education Services has developed a resource guide of learning tools and games that are funded across the federal government and available for free online until the end of 2020.

Another effort is spearheaded by the National Endowment for the Arts and National Endowment for the Humanities which believes that game-based approaches can further the arts. The Center has created a game, Walden, which is based on Henry David Thoreau’s Walden Pond and immerses the player in the experience of the book through narrative by steering the player towards stillness and contemplation.

Some sectors of the government are also trying to make abstract policy discourse come to life. The Serious Games Institute leverages games focuses on making conversations related to policy discourse be heard. Most citizens won’t read a 30-page policy paper but they will probably be willing to play a 10-minute game. Topics that a player might be hesitant to explore otherwise come alive through games.

All of these agencies and organizations have come to the conclusion that games are powerful because they are fun. Through gaming the government can reach its goals of engaging and educating the populace.