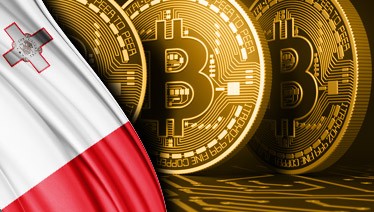 Maltese Prime Minister Joseph Muscat is promoting the idea that Europe should become the “bitcoin continent" and his country will help to facilitate that economic revolution.

Muscat spoke at the Centre for European Policy Studies (CEPS) Ideas Lab conference which took place in Brussels in February 2017. After encouraging European countries to do more to promote the use of cybercurrency, Muscat promoted Malta as a "sandbox" where crypto-currencies and blockahsins would be tested.

London-based PricewaterhouseCoopers (PwC) and a virtual currency task force established in September 2017 prepared a report, commissioned by the Malta Gaming Authority (MGA) that examined how Malta could test a ‘mock’ digital currency in a totally controlled environment. This "sandbox" would be integrated into but insulated from the economy of Malta and would show how an economy could function through more widespread usage of cybercurrencies.

A spokesman for Muscat said: “We would like to be the first country to regulate crypto-currency and blockchain.”

It's believed that Malta will be the first nation to actually regulate blockchains and digital currencies.

A Securities Industry and Financial Markets Association Anti-Money Laundering and Financial Crimes Conference in New York heard from the United States Treasury’s Office of Terrorism and Financial Intelligence at a recent conference “The lack of AML/CFT regulation of virtual currency providers worldwide greatly exacerbates virtual currency’s illicit financing risks. Currently, we are one of the only major countries in the world, along with Japan and Australia, that regulate these activities for AML/CFT purposes. But we need many more countries to follow suit, and have made this a priority in our international outreach.”

Cryptocurrencies like Bitcoin, Ethereum and Litecoin – along with over one thousand additional “altcoins” have shown that they are capable of capturing huge sums of capital which are no longer attached to government printed currencies. The value of heavily traded decentralized digital currencies such as bitcoin is often gauged by individual coin price in euros or US Dollars and in market capitalization. In reality, they operate in an environment all their own. So crypto-currencies might actually have the potential to “flip” the formula which would both influence and dictate the value of traditional money markets.

Malta is an major player in the world's online gambling regulatory scheme.  Malta's Gaming Administration has granted over 500 licenses for Vegas games. Players in over 20 other European countries plus other nations in Africa, the Americas and in Asia rely on the MGA to license game developers and casino venues to ensure that they offer fair and protected gaming activities. The MGA license can often be found at the bottom of many online casino websites to attest to the site's integrity and attentiveness to consumer interests.

The MGA has introduced a comprehensive framework for gambling regulation which includes regulation for cybercurrency use in online casinos. When this framework is approved by Malta's parliament, the Malta Gaming Administration will be able to execute the PM’s vision and create the world’s first regulated digital economy.

The process is planned in three steps:

In the long run, the TAS Bill will regulate artificial intelligence and IoT. In its inception TAS will  oversee smart contacts and distributed ledger technology (DLT). Initially, registration under these provisions will be voluntary.

The MDIA Bill would create a Malta Digital Innovation Authority. The Authority would provide oversight of all other related agencies. It would also serve as the central regulatory authority of cybercurrencies and be tasked with promoting a framework to attract businesses involved in cryptocurrencies and in  blockchain technology.

The Malta Financial Services Authority is not embracing the government’s plans to fully embrace blockchain technology and cryptocurrencies. The Authority is leery of the virtual currencies and opposes Muscat's plan to embrace the new technology and set the standards which other countries may follow. Their reluctance, however, may be a matter or tying the bag after the cat's already gotten out.

Last week, the first Bitcoin ATM in Malta was unveiled. The Sliema ATM was introduced by local start-up Ivaja and funded via a crowd-funding campaign. Silvio Schembri, parliamentary secretary for the digital economy, reiterated the government's plan to set up a new authority that would regulate Malta's blockchain industry. He said that all of the elements are in place for Malta to embrace blockchain including strong financial services, a gaming sector and authority, a reliable ICT infrastructure and an attractive tax regime.

Many within the MFSA don't understand why a new authority is needed to regulate the new technology. Multiple senior officials within the MFSA recognize the advantages of the blockchain but are skeptical of Malta's ability to take a leading role in embracing cryptocurrencies. This is especially true at a time when numerous countries are adopting a wait-and-see approach.

Last week MFSA issued a stark public warning on the ‘risks’ inherent in the use of cryptocurrencies, saying in part “unlike traditional money, acceptance of payment in virtual currency depends entirely on the voluntary consent of the recipient,” it said. “Furthermore providers of services in relation to virtual currencies are currently neither regulated by law nor authorised by the MFSA.”

MFSA is concerned that people aren't fully aware of the risks involved  when buying, holding and trading virtual currencies. This includes the risk of losing one's money. In answer a spokesman for, BitMalta, the first Maltese association advocating blockchain technologies and cryptocurrencies to the general public, said that the MFSA warning “might have had some relevance if it were issued five years ago…“maybe some people are not aware of the developments made in the field, but cryptocurrencies are today as secure as you want them to be…This warning by the MFSA was, to put it mildly, misplaced.”

“Blockchain technology is firmly rooting itself as the next big thing, a disruption which will echo that of the Internet back in the late 90s, and cryptocurrencies are but one single application of such a technology, albeit an important one as they show what can be achieved through the use of blockchain technologies.”

Cybercurrencies are here to stay so it might be a better option to consider measures to educate the public about them rather than scaremonger.