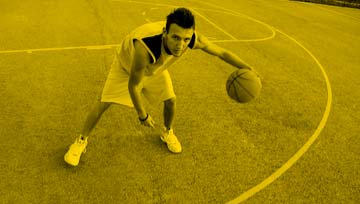 March Madness, the single-elimination tournament in which 68 NCAA teams vie to reach the Final Four competition for the national championship has been a little different this year. Thanks to last year’s May 2018 SCOTUS ruling that gave states the right to legislate for Vegas casino sports betting in their jurisdictions, sports fans are able to bet on the competition at legal on-site and online casino sportsbooks.

Betting during March Madness is nothing new. In previous years, Nevada was the only state where fans could bet legally on the games and in 2018 alone, bettors put up more than $300 million on the tournament games. That number doesn’t even take into account the illegal betting – in 2018 the American Gaming Association (AGA) estimated that as much as $10 billion was wagered in illegal sports bets (including major league games in addition to the NCAA and single-player sports).

Each state offers its own variation of sports betting options. In New Jersey, operators including Fantasy Sports giants DraftKings Sportsbook and FanDuel Sportsbook operate both land-based (within existing casinos) and online sports betting. Nevada is the only other state where online betting is legal – for the meantime, the other states allow only land-based sports wagers. Most observers believe that online and mobile sports betting options will be available in additional states in the near future.

There are March Madness betting options to suit any taste. Every major media site offers a bracket contest. Some of them are free to enter, some offer prizes and some have both features. Pundits in sports betting states can bet on the games and on events (prop bets) within each game. Some bettors think ahead and bet on the overall March Madness winner even before the Final Four is determined.

March Madness has been a highlight for sports fans since 1939. Now it’s set to become one of the biggest annual wagering events on the sports calendar. To understand how big the March Madness sports wagering really is, it’s important to review some statistics

Observers are aware that the dynamics are different from state to state.

Last year, an estimated $10 billion was wagered on March Madness, though most of that was illegal.

This year the options are endless.

At the end of the first week of March Madness, the tournament came down to its Sweet 16 which brings together the best college teams in the country. Many pundits have their money riding on Duke but they note that the best teams have yet to play.

Some of these teams have scored upsets or pulled off surprising results but the question is, whether these teams can duplicate that energy and effort to beat a stronger team in the next round. That’s one of the biggest dilemmas facing bettors who well remember 2017’s tournament when No. 11 Loyola Chicago and No. 7 South Carolina continued their upset runs to the Final Four.

This year three No. 12 seeds won their opening round games, the only time that that’s happened since 2009.  They are

In fact, Oregon's 18 point win and Murray State's 19 point win were the second and third largest margins of opening round victory ever by a No. 12 seed. In 16 of the last 20 years, No. 12 seeds have pulled off an NCAA Tournament opening-round upset including 33 upsets in the 80 games since 2000. There have been 50 No. 12 seeds beating a No. 5 seed since the NCAA Tournament field expanded to 64 teams in 1985,

Oregon made it to the Sweet Sixteen while the 13 Seed Cal Irvine Anteaters knocked off Kansas State,  Big 12 regular season champs, even though their best player was sidelined due to injury.

The sportsbooks saw many public bettors beat the bookmakers. NCAA favorites went 8-0 SU and 6-2 ATS on the closing line to win all eight games.  Those that bet LSU early (-1.5) won but then lost on game day when LSU closed a 3-point favorite by winning Maryland 69-67. In Virginia Tech’s 67-58 win over Liberty, they closed a 9.5-point favorite and were at -8.5 and -9 on game day.

This put all 16 favorites as the winning teams in the round of 32. There was a shocker though when No. 9 central Florida almost overcame the Duke Blue Devils. That’s not what the bettors expected though as Duke took 72% of the spread bets against UCF at FanDuel sportsbook. The Duke take was almost 65% of the spread bets at a consensus of the major online sportsbooks.

Prior to this year’s event, Duke was bet down to a 2-1 favorite to win the NCAA Tournament. Last year,  when Sweet Sixteen started, Duke was the favorite to cut down the nets but after dispatching Syracuse, Duke lost in the Elite Eight to Kansas in overtime.