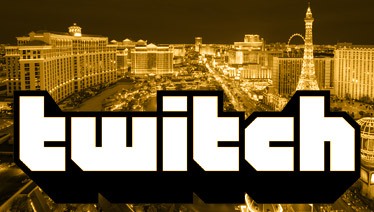 Twitch is the number one platform for online Vegas casino gamers who want to livestream their gaming activities. Twitch, an Amazon subsidiary, is the biggest social media platform for players thanks to its offers of a wide range of opportunities that allow users to monetize their streams.

Twitch was once the gaming division of the Justin.tv platform. Once it split off it quickly became the #1 streaming platform for gamers. Twitch also hosts non-gaming content.

Twitch is an Amazon subsidiary so Amazon can synergize Twitch with its Prime services. Thanks to that kind of mix of functionalities and services, streamers have been flocking to Twitch to livestream their content and then market their brands through influencing strategies. The influencers don’t necessarily stick to gaming to draw in viewers – some operate non-gaming marketing channels including channels for cooking, music and more.

The Twitch audience is a highly sought-after audience due to the number of hours that viewers tend to spend on the site. Content creators find Twitch to be a user-friendly platform where they can display their material and create a vibrant community by engaging with viewers in real time via Twitch chat. Content producers can ask viewers to support them via donations and subscriptions, with Twitch taking a small fee.

The Twitch social media platform creates a sense of connection and community among influencers and followers which makes it the perfect platform for today’s live-streaming gamers.

Brands are increasingly paying attention to Twitch. The Sprout Social Index notes that approximately 40% of customers say that they prefer live streaming content over other types of marketing content while over 50% of brand managers view video marketing as the best marketing strategy.

Live-streaming gaming, obviously, lends itself perfectly to this type of marketing and YouTube, Twitter and Facebook are all competing as they move their fields of focus to video content. Twitch was the first to add the live chatting option that is perfect for influencer marketing and the Twitch audiences are responding. That has made the Twitch stream the best option for any brand looking to reach its market.

Another reason that Twitch marketing is a good choice for gamers is that the demographic of Twitch viewers and streamers is the 16-34 year old group – most Twitch viewers are under 25. Younger audiences are generally the more desired demographics among marketers and with a viewership that’s 73% under 34 years of age, that makes Twitch a marketer’s dream.

Other social media networks may be bigger but Twitch has young and loyal audiences which makes it the best platform for marketers who are creating brand awareness, especially those targeting young viewers.

If you’re going to start streaming and marketing your content on Twitch, you should be prepared to maximize the tools that Twitch gives you. They include:

Users are able to put up multiple channels so if you want to branch out from gaming, but still want your brand to be recognizable across multiple platforms, you can set up an esports channel or a tournament channel, channel to host virtual events, an interviews channel and a channel for tutorials among others.

As your brand becomes more recognizable you’ll be able to partner with other brands which then expands your own brand. You can also set up a channel for charity or fundraising and use the existing community to attract more viewers.

Some brands have begun to sponsor and donate their Twitch income to charity to give themselves legitimacy and improve their brand image.

Twitch marketing is proving itself to be a vibrant source of opportunities for gaming enthusiasts, sponsors, micro-influencers and others. Definitely worth giving it a try!