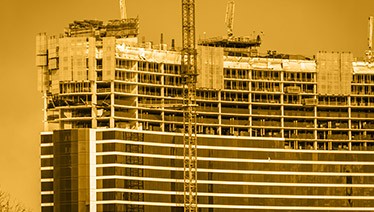 Following a year in which Wynn Resorts struggled to overcome the disgrace of its founder and former CEO, a catfight over company stocks, a restructuring of its board, questions about its Macau property and a battle to keep its Massachusetts gaming license, the cliffhanging saga of the company’s future seems to be coming to an end.

It’s only a year-and-a-half ago that the Vegas casino operator was riding at the top of the game. Wynn Resorts stocks climbed 44% in 2017 and the Wynn Macau was the leading US-based resort in the territory. However, almost overnight, this Vegas Casino operator became a pariah, not only due to allegations of founder and CEO Steve Wynn having sexually assaulted casino employees but because the company’s executives and board members seemed to have done everything possible to brush the incidents under the carpet, taking no action to reign Wynn in.

The allegations, detailed in a January 2018 Wall Street Journal report, caused a ripple of reverberations that shook the company to the core. Wynn, company’s founder, chairman of the board and CEO, was forced to resign. Wynn’s ex-wife, Elaine Wynn, was able to force him to sell his controlling shares in the company – to her. Elaine Wynn also successfully installed three new female board members and forced out two other board members -- Ray Irani and Alvin Shoemaker - who, she claimed, had been involved in facilitating the company’s cover up of the allegations against Wynn.

For a while, Wynn Resorts was at the mercy of the Macau Gaming Board which had to decide whether the company was competent to operate a casino in that Chinese territory. Although Macau’s regulators eventually decided not to pursue charges against Wynn Resorts, the entire incident put Wynn’s development plans in Japan in jeopardy – it’s still unclear if the incident will have an effect on the company’s chances of obtaining a Japanese gaming license.

The company’s Terrible, Horrible, Very Bad Year started to wind down in February when the Nevada Gaming Commission fined Wynn Resorts Ltd. $20 million for its failure to investigate claims from at least eight women that they were sexually harassed in the workplace. The final blow was delivered this week by the Massachusetts Gaming Commission which is fining Wynn Resorts $35 million, The upshot, though, was that the Commission will allow Wynn Resorts to keep its gaming license in the state. This will enable the casino operator to open its new, luxury Boston Harbor Encore Casino Resort this June.

The Massachusetts Gaming Commission’s decision has been hanging over Wynn Resorts’ head since the Wall Street Journal first broke the story about Steve Wynn’s sexual misconduct. The Commission set out to investigate whether Wynn officials, in particular Matt Maddox, the new CEO of the company, acted appropriately when they were first informed of the complaints against Steve Wynn’s sexual assaults on female employees.

Commission investigators found that “some individuals who were members of management at the time the (Wynn Resorts) Special Committee issued its report were aware of those allegations but failed to report or investigate them, contrary to Company policy." Investigators found documents that mention a 2014 complaint of sexual misconduct, made to the Equal Opportunity Commission, which detailed assaults allegedly carried out by Steve Wynn on female staffers. That’s the year that the Massachusetts Gaming Commission awarded Wynn Resorts a license to build its casino resort casino, Boston Harbor Encore, in Everett, Massachusetts.

The Massachusetts Gaming Commission’s decision came this week, just 2 months before Boston Harbor casino resort is scheduled to open. The commission decided that Wynn Resorts will keep its gaming license but must pay a record $35 million fine.

The fine was imposed on Wynn Resorts and Wynn MA, LLC., An additional $500,000 fine was imposed on Wynn CEO Matthew Maddox for his “clear failure to require an investigation about a specific spa employee complaint brought to his attention.”  The Commission also demanded that, as a condition of keeping its Massachusetts license, the company must maintain a separate CEO and Chair for 15 years.

The Committee wrote, in their decision, “Given our findings, it is now in the interest of the Commonwealth that the gaming licensee move forward in establishing and maintaining a successful gaming establishment in Massachusetts. One of the key metrics by which we will measure that success will be the overall well-being, safety, and welfare of the employees. A second, but equally important metric, is the importance of compliance and communication with the regulator. This penalty is designed to guarantee these practices.”