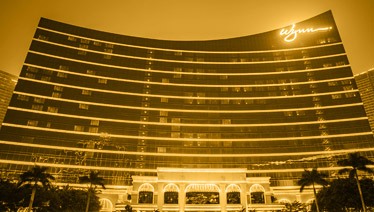 Wynn Resorts, a giant in the Vegas casino scene, has been struggling to recoup after the company was rocked by charges of sexual misconduct against CEO Steven Wynn. In the last few months Wynn resigned as company CEO, sold his shares and stepped completely away from the running of the business – a business that he founded and built.

The company's holdings in Macau, which are considerable, are in jeopardy due to the Macau Gaming Commission's investigation of the charges. Now the company is facing a further challenge in the form of Massachusetts casino regulators who are stepping up their own investigation.

According to the Boston Herald, the Massachusetts Gaming Commission has requested that HLT Advisory a consultant with whom state regulators have previously worked, examine whether the scandal has impacted the financial stability of Wynn Resorts with an eye on the company's $2.4 billion resort casino development plans in Everett, just outside of Boston.  The commission is now reviewing Wynn’s suitability for the project.

HLT Advisory is a Canadian firm which provided the state with economic and financial analysis that convinced the Legislature to allow them to build the Boston Harbor Casino -- the only resort casino licensed in eastern Massachusetts. HLT Advisory has reviewed casino applicants’ financial information for the Massachusetts Gaming Commission in the past. They are now charged with examining how the ongoing sexual harassment scandal involving Wynn Resorts founder Steve Wynn may affect the financial stability of his company. Wynn Resorts will pay HLT Advisory for the assessment.

Richard McGowan, an associate professor of economics at Boston College, related to the Gaming Commission's request for an assessment. “It makes sense. What they’re worried about is all this stuff about Steve Wynn and how it will affect the stock price. ... It’s the #MeToo environment that’s a lot more important in Massachusetts….it seems like the Gaming Commission is covering their bases.”

Wynn Resorts, now under the leadership of a its new CEO Matt Maddox, is pushing ahead with the $2.4 billion Boston Harbor project which will be located along the banks of the Mystic River. However, public pressure is leading Wynn officials to consider “rebranding” the casino, perhaps under a different name. The commission is charged with ensuring that Wynn Resorts has the funds to complete construction. Wynn has not replied to a request for comment about the company’s finances.

McGowan said that the commission “better hope Wynn has the financial resources to finish this off, otherwise it just sits there doing nothing." The market hasn't yet seen any significant financial fallout from the scandal. On the other hand, other major casino operators like the Sands and MGM are either busy with other projects or uninterested in Massachusetts so the commission is hoping that Wynn will finish the project since no one else is likely to take it over.

Wynn has resigned from the board and sold all of his stock in the company that he founded  15 years ago. The  Massachusetts Gaming Commission must now consider whether he still has any involvement in the company including any ownership of any stocks and any management influence or control that he might still wield. Edward R. Bedrosian Jr., Executive Director of the Massachusetts Gaming Commission, explained the Commission's focus at an open meeting.

“Our investigation aggressively continues, and our expectation of cooperation on behalf of our licensees is very high given the gravity of these issues. “The (investigations and enforcements bureau) is working, even as we speak, to get answers to these new issues and will consider Steve Wynn’s resignation in their analysis; however, it will not stop their work.” Bedrosian said commission investigators should complete their inquiry by the summer.

Wynn Resorts executives are considering removing the Wynn name from Wynn Boston Harbor. Elected officials and members of the public aren't opposed to seeing the casino resort built but they don't want Steve Wynn to be glamorized in the process. Michael Weaver, a Wynn spokesman, acknowledged that the company is considering the name change. He would not elaborate on what the new name might be or when a decision would be reached, saying only  “we are considering a change to the name.” .

The call for a name change is supported by Massachusetts Gov. Charlie Baker and Attorney General Maura Healey. Reports have circulated that the company is considering branding the property with the Encore brand – Encore is the name of the Wynn Resort hotel in Las Vegas and is a subsidiary of Wynn Resorts Ltd.

Meanwhile, in Nevada, regulators at the Nevada Gaming Commission are investigating Galaxy Entertainment group, a Hong Kong-based casino company that purchased a stake in Wynn Resorts, The Nevada Gaming commission denied that the inquiry was related to the allegations of wrong-doing by former Wynn Resorts CEO Steve Wynn. However, the commission isn't ignoring the surprise 5.3 million share acquisition which brought $927.5 million into the company's coffers.

Becky Harris, the board’s chairwoman, said “As is its ordinary course, the Nevada Gaming Control Board engages in a due diligence process for any shareholder approaching a reporting requirement.” Galaxy's purchase makes it a 4.9 percent shareowner in Wynn Resorts – that falls short of the 5 percent share buy that would normally trigger reporting rules for the Gaming commission.

These days, however, Wynn Resorts is under unusually tough scrutiny and the Nevada Gaming Commission has decided to investigate the purchase.