Media and Entertainment Industries Step Up to Gen Z Expectations 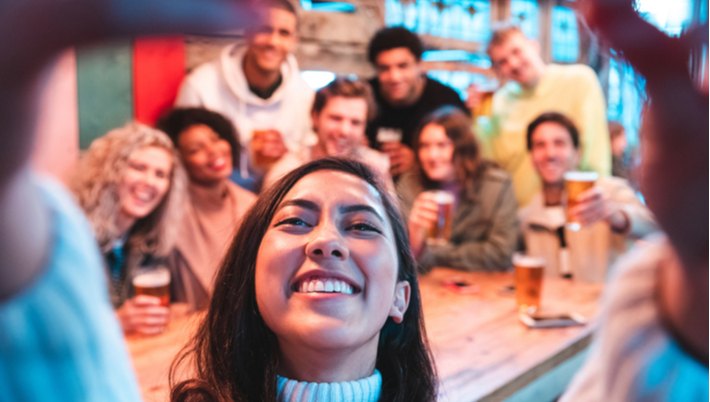 The media and entertainment industries are finding that, in order to market successfully to the newest generation of consumers, they must adopt strategies now being used successfully by casino sign up bonus gaming operators.

While most consumers still prefer to watch the screen – be it traditional TV or movies or streaming services – larger and larger segments of the population are turning to gaming for recreation and enjoyment. Online casino gaming is captivating young consumers and the industries are pushing themselves to meet the demands of the new entertainment model.

If the current trajectory continues, gaming, which is now the preferred mode of entertainment for those 30 and under, will draw even more audiences away from traditional forms of TV and film viewing in the coming years. They games are becoming more sophisticated and the lines between old movies and new games are becoming more blurred.

Simultaneously, the games are becoming more and more realistic and more action-packed. That means that participants experience both the storyline intensity of a movie/show along with the ability to participate in the story through the game.

In addition, games are accessible via gaming consoles, PCs and mobile devices so players can enjoy their games at any time and from any location at their personal convenience.

Traditional media and entertainment companies have started to consider whether they are prepared to meet the new demand.

Video games offer fans a new experience that differs from traditional media and entertainment. Playing games is an interactive activity. They’re social, they offer rewarding challenges and, as COVID-19 has taught, they help people stay connected. You can choose a game that allows you to defeat enemies and become a hero, collaborate and solve a dilemma or a puzzle, all the while enjoying immersive stories and interacting with special effects that have, until now, been visible only as a spectator through watching the screen. Best of all, all these experiences can be shared with others.

It’s no secret that gaming has grown during the pandemic. Now, traditional entertainment and media platforms are looking at gaming companies, gaming streaming services and social media gaming platforms to help guide them as they look for new ways to retain their audiences.

Some companies are already adopting a revised set of best practices to optimize the new, young gaming market.  Some of the changes include:

In reaching out to young audiences, media and entertainment companies may wish to learn from the three biggest streaming services, YouTube, Twitch and Facebook.

All three services saw healthy increases in usage over the course of the pandemic and that usage shows no signs of slowing down. According to the Stream Hatchet streaming analytics firm, a livestreaming software provider, during Q1 2021 Facebook Gaming and Twitch recorded record viewership.  Twitch is still the hands-down winner with 72% of gaming streaming viewership but Facebook Gaming, the newest streaming service, overtook YouTube Gaming’s spot as second-most-popular gaming streaming service.

StreamLabs reported on the Stream Hatchet data. Twitch, which is owned by Amazon, saw hours streamed, viewership, number of channels and average concurrent viewership double over the course of the year. The most popular category on Twitch continues to be “Just Chatting” is where streamers chat with viewers. The popularity of “Just Chatting” gives a glimpse into just what fans want. Just Chatting draws more hours watched than both Grand Theft Auto V and League of Legends, Twitch’s most watched games.

The news isn’t all bad for YouTube --  average concurrent viewership and total viewership both increased and Valkyrae, the most popular female streamer across all platforms, is sticking with YouTube Gaming.

It remains to be seen whether the upswing that livestreaming platforms attracted during the pandemic will die down. But most observers are ready to bet that the streaming services have nowhere to go from here but up.