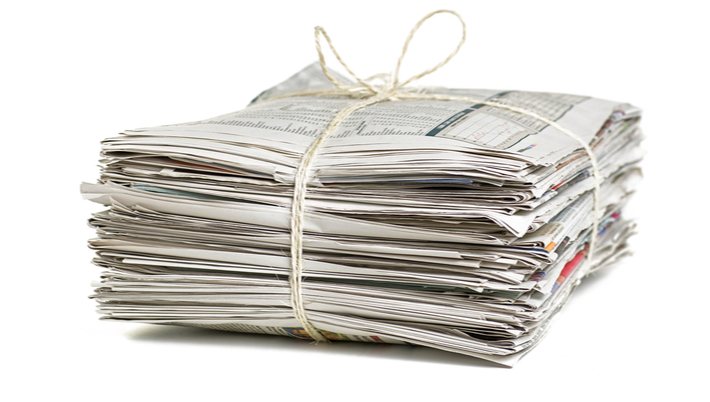 Even before the 2020 pandemic the online casino gaming industry was on an upward trajectory but the lockdowns, shutdowns and other social distancing mandates of the pandemic era accelerated the growth of every casino sign up bonus sector in the industry.

The video game industry continues to be a multi-billion dollar business. 2020 saw an estimated $160 billion revenue stream in that sector. Online casino revenues are currently growing at an estimated compound rate of 11.5% and over the next 4 years, esports, valued at just over 1.08 billion U.S. dollars in 2020, will likely see a jump to $1.62 billion including income from sponsorships and advertising, publisher fees, tickets, merchandising, streaming and digital sources.

This has not escaped the notice of the media. Many outlets, including major sources such as CNN, BBC, Bloomberg, Washington Post, New York Times and others, are putting a lot of their eggs in the gaming journalism basket, both collaborating with and competing against existing gaming-centered publications.

Gaming journalism focuses on connecting audiences to gaming outlets including platforms for esports competitions and streams, fantasy gaming, video games, online casino games, sports betting and more. Some of these outlets focus on one specific type of coverage while others cover the entire gaming spectrum.

Gaming journalists cover the games, the people who play, develop and market the games, the sponsors, tournaments and major events, developers, industry leaders, streamers and the platforms that support the streams, bettors, sportsbooks and more.

These days, most of the action being covered is digital but there are real-life events and happenings as well. In addition to straight news stories there are commentaries, reviews and investigations of games, gamers and things that happen in the gaming industry.

Many media outlets have decided that upping their gaming coverage is a good way to capitalize on the booming gaming industry. They are featuring stories that appeal to both gaming enthusiasts and non-gamers. Mike Hume, editor of the Washington Post’s Launcher gaming vertical commented that, "for how much money it generates, it doesn't get nearly enough attention.

The audience is here for gaming. The value of these stories, the value of having more heavyweight outlets in the mix is going to be great. There's a lot more stories out there that need attention. We're a team of six. We can't get to everything."

Launcher launched last year but the Post media organization has been preparing for it for 3 years. At first, said Hume, the paper wanted to focus on esports. But the industry is too intertwined and has too many different threads to ignore.  “Gaming and the gaming industry as a whole was very robust with a number of storylines we could sink our teeth into," said Hume. "The audience around that was even bigger, significantly bigger than esports."

Media coverage of the gaming industry includes a number of types of stories including those that would be expected – interviews with gamers, reviews of games, information about industry finances, etc.  But there’s a lot more.

Jason Schreier at Bloomberg is making a name for himself with his investigative stories including in-depth coverage of issues such as wage disparities among workers, sexual harassment in the industry, claims of misconduct at betting companies, software update info and legal issues including the court case between Epic Games and Apple which is expected to open in US Federal Court in May.

Wired, which has built its name by focusing on how emerging technologies affect politics, culture and the economy, lured Kotaku writer Cecilia D'Anastasio into its ranks to cover the games industry and gaming culture. In an approach that fits in with the magazine’s overall approach, Wired wants to emphasize the way that gaming is changing culture. Nicholas Thompson, Wired’s editor in chief, says "We're not going to do game reviews.

There are a lot of specialty publications that do a fantastic job at that and our jobs are to try to find bigger stories about what games mean and what's happening in games that will matter to the rest of the society."

Wired is also producing a new series for YouTube and Twitch where staffers broadcast themselves playing video games while they discuss the games and  chat with viewers. "I don't know if 15 people will watch or 15 million," Thompson said. "We have super smart people who love games and are really engaging personalities. We'll see how it works."

The Washington Post’s Launcher is also looking into creating a dedicated channel.  Hume believes that gaming journalism is in its infancy. "Right now, we're still walking at this stage of our existence, but I think as we grow we'll continue to engage more," he said. "We have ongoing conversations with a number of gaming sites. It's been a very accommodating community so far, a lot of people interested in collective success rather than insane competition."

As part of a mainstream media organization, Hume said that Launcher’s stories will report about gaming "in a little more explanatory way" for the Post's general audience so they understand why it's "super relevant to your life." But he also wants Launcher to cater to  dedicated hardcore gamers.

At Bloomberg, the magazine sees the general readership and the gaming fans as part of the same ecosystem. Brad Stone, head of Global Technology at Bloomberg, commented that “People interested in business are the same people after work or maybe secretly in the hours when they should be working are either turning on the TV and streaming a show or a movie or playing a video game."

Polygon is the best example of how gaming is broadening into the larger entertainment world. As Vox Media, Polygon launched a gaming-specific brand in 2012. Editor-in-Chief Chris Plante told CNN Business, “Polygon is an entertainment publication for young people. Increasingly, we realized that our audience expects us to be on the same wavelength as them. If you're not feeding them all these types of different content they engage with, they just kind of fall off."

Now Plante is seeing the platform’s early investment pay off. "My deepest fear in the past was: Where the hell do game journalists go after my job? For decades, it was marketing. Now what I'm seeing and what rules is there are these prestige publications that have money and resources and do give the next rung in the ladder.

So, we have old media standards entering the space. But just as importantly, we also have enthusiast publications like Polygon, Eurogamer, and Kotaku."