MGM and NBA Team Up 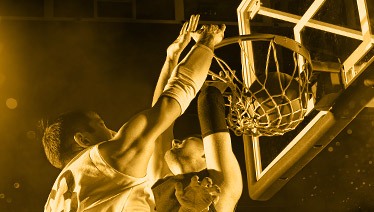 The National Basketball Association and MGM Resorts announced that they are embarking on an official multi-year partnership that will make MGM Resorts the official gaming partner of the WNBA and the NBA. The partnership came about as the result of a May Supreme Court ruling that allows states to legalize sports betting for both Grande Vegas players, mobile and online bettors and land-based casino patrons.

NBA Commissioner Adam Silver and MGM Resorts International Chairman & CEO Jim Murren made the announcement last week in New York City. They envision that the partnership will bring millions of MGM Resorts guests and NBA fans together to interact with each other’s products and brands. The partnership is the first between a sports league and a U.S. betting operator.

The partnership will involve authorization for MGM Resorts to use official NBA and WNBA branding and data across MGM Resorts’ U.S. land-based and digital sports betting venues. The agreement is non-exclusive so NBA will, conceivably, be able to initiate other such agreements with other betting operators.

Silver said “As the landscape for sports betting in the U.S. continues to evolve at a rapid pace, MGM Resorts is a proven gaming leader for us to work with on this groundbreaking partnership. Our collaboration will result in the best possible gaming and entertainment experience for consumers through the use of accurate, real-time NBA and WNBA data, and our collective efforts to maintain and enhance the integrity of our games.”

Murren concurred. “The NBA has always been an innovator at the forefront of sports evolution, and MGM Resorts is thrilled to partner with the league to revolutionize sports betting in the United States. Integrating the NBA’s assets and having official NBA data showcased across the MGM Resorts platforms will provide us with a distinct advantage and instill more confidence in knowing that our data is directly from the NBA.”

One of the benefits for both the NBA and for MGM is that the two partners will work together to facilitate best-in-class practices. Anonymized res-time data sharing, integrations across NBA platforms (including a special digital content series) and other actions that will serve to protect the integrity of the WNBA and NBA games. This was a major concern of the NBA and caused the league to lobby intensively against allowing the legalization of sports betting.

MGM has been collaborating with the NBA for many years. MGM Resorts bought the WNBA's Las Vegas Aces in 2017 – the Aces are the first Vegas professional basketball team. They play their home games at the Mandalay Bay Events Center which is part of MGM's Vegas holdings.

Sports leagues, including the Major League Baseball, the National Football League and the National Basketball Association, have been battling against sports betting for many years. The leagues were heavily involved in the 1992 "Bradley Bill,"  better known as PASPA (Professional and Amateur Sports Protection Act) which outlawed sports betting in all states except for those which had allowed sports betting prior to PASPA – Montana, Oregon and Delaware -- and in states in which licensed casinos had operated for the previous ten-year period  -- Nevada.

The sports leagues -- including the NCAA  -- favored PASPA. They argued that, by taking sports betting out of the picture, players would be less likely to fall victim to blackmail or bribery that could influence them to throw games. The leagues said that they wanted to preserve the integrity of the sport as a pure sporting event. The leagues were adamant that sports betting would lead to worries about the effects that betting could have on the teams.

Now the situation has changed. The Supreme Court ruled in May that states could legislate sports betting within their states. The leagues, however, aren't as upset as one might assume. One of the reasons is that they have maneuvered the situation to their own benefit so they will be able to largely control sportsbooks and profit in the process.

In looking at the NBA – MGM partnership, it's possible to see how the league is controlling issues that are most important to it. For one thing, the NBA insisted that sportsbooks should be required to use official data to resolve bets and MGM agreed to this. Not only that, the MGM will pay for the official, real-time data stream that the NBA provides which sets a precedent that the NBA now will take to other sportsbooks. This issue will become even more important as sports wagering evolves toward in-game betting

In addition, while MGM has been named as  “an official” NBA partner, the league can make deals with other betting operators and sell its data stream to other books. Those operators will then be eligible to use the league marks.

The NBA has requested that states share records of individual bets as they are placed in real time. MGM agreed within the context of its deal even though other betting sites have responded negatively. The NBA and MGM are also planning to work together on an opt-out provision that would give allow the NBA to keep sportsbooks from offering wagers that it saw as integrity risks.

Of course, there's also an “integrity fee” which will pour money into the NBA – MGM's deal sets a precedent for future deals, including deals with individual states.

Adam Silver, NBA Commissioner said “What was very important for the NBA was that we were able to establish through a commercial relationship that we should be compensated for our intellectual property and for our official data. Ultimately, it was on us to convince MGM that there was a commercial benefit to compensating us for that data, that this wasn’t just about doing the right thing in terms of intellectual property.”