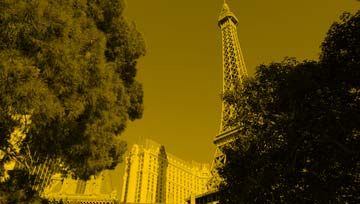 Wynn Resorts announced that talks with MGM Vegas Casino Resorts about a potential sale of its newly built integrated resort, located in Everett, outside of Boston, have ended without a deal.

Wynn’s statement read “After careful consideration we have agreed to cease discussions with MGM Resorts. We remain committed to opening and operating Encore Boston Harbor as only Wynn Resorts is able to do.”

The two companies had confirmed, just last week, that they were in talks about a possible sale of the Boston Harbor Encore Casino to MGM. The Encore has been under construction for the last 3 years and is slated to open at the end of June.

Many observers were puzzled by the potential deal because, after a year-long investigation into the question of whether Wynn officials lied or did not disclose information about the sexual misconduct allegations that were made against then-CEO Steve Wynn, the

Massachusetts Gaming commission ruled that the company could keep its gaming license.

The MGA’s decision to allow Wynn to keep its license (conditional on payment of a $35 million fine and agreement to adhere to other conditions) seemed to close that chapter of Wynn’s history. But within a few weeks of the decision’s announcement, Wynn surprised the casino world with news of the Wynn-MGM talks.

Carlo DeMaria, the mayor of Everett—the town where the Encore Boston Harbor is located—was one person who was blindsided by the original announcement. “It’s not going to happen,” he said.  “I don’t think I would have done a host agreement with anyone else. And now they’re going to sell it? No.”

MGM Resorts seems to have come to the same conclusion. “We have noted the anxiety raised by various stakeholders regarding a transaction and this troubles us at MGM,” the company said. “We only wish to have a positive impact on communities in which we operate. We think the best course of action is to discontinue discussions concerning this opportunity.”

Jewel in the Crown

The Boston Harbor Encore has been regarded as a jewel in Wynn’s crown, a significant property that will allow the casino operator to get its foot into the Eastern seaboard casino market.  That’s why it’s puzzling to hear of the company’s willingness to sell out, just as they are starting to get their feet back on the ground after former CEO and director of the board Steve Wynn’s sexual misconduct almost destroyed the company’s future.

Inquiries about selling Encore Boston Harbor have, evidently, been coming in ever since regulatory investigations opened an investigation into the company’s suitability to retain its coveted eastern Massachusetts license. The story came to life in January 2018 when a Wall Street Journal article revealed a decade’s worth of sexual misconduct allegations against founder, CEO and director of Wynn Resorrt’s Board Steve Wynn.

The report was damaging enough to cause Steve Wynn to resign as CEO and sell off his stock. Massachusetts regulators launched an investigation to determine the role of the company in the cover-up of Wynn. Investigators determined that the  company had, indeed, attempted to cover up the allegations. That violated multiple regulations and the question of whether Wynn would be able to hold onto their gambling license for Massachusetts was on everyone’s mind.

Late last month the Massachusetts Gaming Commission fined Wynn Resorts $35 million and Matt Maddox an additional $500,000. That seemed to outsiders to be the end of the episode because it allowed Wynn Resorts to open and operate its Boston Casino. Some industry insiders, however, say that the company was insulted by the series of conditions that accompanied the fine.

These conditions included mandated leadership training for Maddox and a mandated independent monitor, to be paid for by Wynn, who would oversee company operations at the Encore Boston Harbor for at least three years.

Springfield Mayor Domenic Sarno has expressed concern that a sale of the Wynn Resort’s property in Everett will turn the state’s nascent gaming industry upside down. If MGM were to pursue the purchase of the Everett property, they would need to find a buyer for their Springfield casino since Massachusetts regulations prohibit any company from owning, operating or investing in more than one casino in the state.

The MGM Springfield casino has failed to meet monthly projections since its opening. That means that it will have a hard time unloading its Springfield property if it chooses to pursue the Boston property. MGM would also need to get the transfer approved by Springfield, surrounding communities and the commission. Such approval is questionable.

The issue of a possible sale is far from closed. Sources close to John W. Henry, owner of the Boston Globe and the Boston Red Sox, acknowledged that Henry is considering buying the Encore Boston Harbor. Henry considered buying Encore in 2018. He has approached Wynn Resorts with a group of potential investors to discuss a sale. Henry told the Globe he had reached out to the CEO of Wynn Resorts, Matt Maddox.

“I told him that I …. was sure that we could put together a very strong group of local buyers who would want to become minority investors or even purchase the project outright,” Henry told the Boston Globe. Henry has not identified the other investors. If Henry pursues the purchase of Wynn’s Boston Encore, the regulatory mess that would have accompanied a MGM sale would be avoided.

Industry analysts are questioning the timing of sale talks. Ken Adams, a gaming analyst based in Reno, Nevada, commented, saying “Why in the world would the think about selling at this point after everything they did to get to this point?”

At the present, parallel to talks of sales, Wynn Resorts is “working with the commission to understand the intent of the monitor condition in their recent decision.”  If the commission can soothe Wynn’s feather, sale talk might fade.