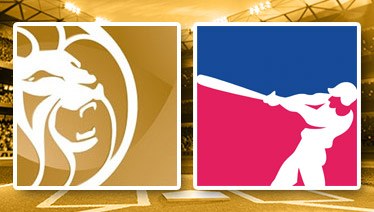 Following a data-sharing agreement signing with the National Hockey League last month, the MGM Vegas caino operator has signed a similar deal with Major League Baseball. The new partners announced the deal last week. The agreement will cement MGM’s place as of Official Entertainment Partner of the Baseball League and will allow MGM to promote the MGM brand, beyond their flagship Vegas Casino, via MBL’s broadcast and digital platforms.

Leagues and casino operators started to pursue partnerships after last May’s Supreme Court ruling that allows states to legislate sports betting in their states. The leagues fought for years to maintain the status quo which had been cemented into law by the Professional and Amateur Sports Protection Act. PASPA was signed into law by Congress in 1992 and effectively disallowed sports betting in most states.

New Jersey took the PASPA Act to court. State attorneys argued that disallowing sports betting was unconstitutional, and should be left to the states to regulate in their own jurisdictions. In May 2018 SCOTUS agreed. Since then, numerous states have begun the process of legislation to legalize sports wagering for their state casinos, racetracks and other betting venues.

Now, the same professional sports leagues that fought tooth-and-nail against sports betting before the High Court have begun to hitch their wagons to sports gambling. Partnerships and sponsorships that bridge the two industries have become the new norm in the US.

After fighting unsuccessfully against legalizing sports betting, the leagues now support legislation that includes some form of integrity/royalty/data fees. Until that is decided, they are looking for ways to cooperate with gambling operators to get a piece of the pie.

In addition to MGM and the MBL, some deals that have been signed include:

Partnerships between gambling operators and sports are common in Europe. At games in Europe, fans are bombarded with multiple forms of media advertising. Betting operators pay to display their logos in stadiums and on uniforms.  In America, even before the May 2018 ruling, many stadiums were advertising casinos.

They included the San Manuel Casino which advertised at the Dodger Stadium during the World Series, MGM Springfield which advertised in Boston sports stadiums and Caesars Entertainment which placed ads through the New Orleans Saints and the Baltimore Ravens.

MGM Resorts International stated that the new partnership will allow it to publicize the playMGM brand along with its other offerings. The promotions will take place on the MLB Network television channel, the MLB.com domain and the MLB At Bat mobile app.  Moreover, MGM and MLB intend to work together to develop ‘additional fan engagement offerings’.

MGM, for its part, intends to ‘broaden its commitment to baseball'. MGM will have “a presence” at marquee events (i.e. MLB All-Star Games, the World Series, etc) and will be able to sign partnerships with individual franchises.  In addition, MLB intellectual property will be emblazoned on MGM promotional and advertising materials.

The company declared that the fresh partnership will further its live sports betting experiences. MGM will work with the league ‘to protect the integrity of the game both on and off the field’ with a shared goal of improving responsible gaming measures.

Jim Murren, Chief Executive Officer and Chairman of  MGM Resorts, described the accord with MLB as one that will advance cooperation in the “one-of-a-kind fan experience" for professional baseball. Murran termed the partnership “historic” and said, in statement, “Combining MGM Resorts International’s world-class entertainment and technology with MLB data will continue to transform a rapidly changing industry. This partnership further amplifies the significance of our GVC joint venture, firmly establishing MGM Resorts International and playMGM as the market leader in partnerships with major professional sports leagues.”

MLB’s Commissioner of Baseball Robert Manfred said that he was ‘pleased to partner with MGM Resorts International.’ He said that the union will see the casino – which is looking at ways to get a foot in the door in the new Japanese casino-resort developments -- sponsor grassroots Japanese baseball events such as the travelling MLB Road Show extravaganza.

Manfred’s said “our partnership with MGM Resorts International will help us navigate this evolving space responsibly and we look forward to the fan engagement opportunities ahead.”

There are different types of casino-sports gaming partnerships in the U.S. today. Some involve straight marketing agreements while others involve official partnerships, semi-exclusive data rights and acquisition efforts. Recently, Partypoker set up kiosks at 76ers and Devils’ games to register new customers.

Daily Fantasy Sports partnerships have also been sprouting, showing how such unions can prove beneficial to both parties. FanDuel and DraftKings signs can now be seen in arenas and stadiums throughout the United States. Such a marketing strategy allows them to increase brand awareness and facilitate remote registration.

DraftKings opened a VIP lounge at TPC Boston in 2016 with food, bars and elevated seating, During the games, company reps roamed the lounge and signed up new customers. DraftKings maintains a second DFS lounge inside Madison Square Garden.

Most observers agree that future league-casino agreements will probably include such a physical presence that will focus on increasing marketing databases and registering new customers.