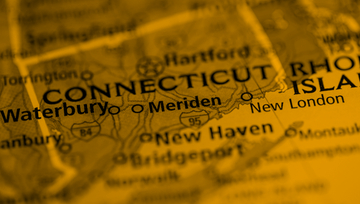 MGM Resorts has gone ahead with its threatened suit against the Department of the Interior over the department’s approval of the development of a tribal land-based and Vegas casino online gaming venue in East Windsor Connecticut.  The company, which is trying to get its nearby Springfield MA mega-casino off the ground, claims that DOI officials didn’t follow proper protocols. It is suing to have the project halted.

MGM Resorts opened their Springfield property last year but the crowded market hasn’t made room for the Vegas giant. Thus far, Springfield’s revenue has fallen far short of projections and for MGM, the thought of another casino being built nearby is not an attractive one.

Massachusetts, which collects a 25% tax on MGM’s revenue, wants to see the casino succeed. But if the Connecticut tribes get the go-ahead to build their planned casino in East Windsor, the already dismal numbers could go even further south.

Originally, MGM Resorts projected that it could generate $412 million in its first year. By the end of Year 1, the numbers stood at $253 in total gambling revenue, short of the projection that MGM originally gave to the state gambling commission by over $100 million. In addition, MGM Springfield must now compete with Wynn Resorts Boston Harbor Encore Integrated Resort.

MGM is laying the blame for the shortfall on the Connecticut tribal casinos which, contrary to expectations, haven’t been leaking gamblers to Springfield. MGM Springfield COO and President Mike Mathis admitted, "I think we may have underestimated that level of loyalty, and what it would take for those customers to give us a shot."

Now the Connecticut tribes want to cut even deeper into Springfield’s customer base and MGM isn’t having any of it.

Observers note that MGM’s move isn’t purely an act of self-interest. The casino operator has a good case that protocols weren't followed when the DOI approved the East Windsor project.

Under a 1991 agreement, the Mohegan and the Mashantucket Pequot  tribes were given exclusive rights to operate casinos on tribal lands in Connecticut. In exchange, Connecticut was given a 25% cut of slot machine revenue. In 2006, the Pequots and MGM partnered in operating Foxwoods Resort in Connecticut. By 2013, the two were seeking expansion separately in Massachusetts -- the tribe was looking to develop a property in the greater Boston area of Milford and MGM wanted to build in Springfield. The two operators dissolved their license agreement.

MGM won its Springfield casino bid. Springfield is less than 80 miles from Foxwoods. The Pequot tribe lost its bid for a Boston site to Wynn. Wynn Resorts opened their Boston Harbor Encore resort this past June. The tribes’ answer to these two new mammoth projects, plus new gambling venues in nearby New York and Rhode Island, was to look for expansion opportunities within Connecticut.

Connecticut’s deal with the tribes to split their casinos’ slot machine profits is a lucrative one and Connecticut doesn’t want to lose it. That agreement stays in place only as long as the tribes are the state's sole gaming operators.

Connecticut granted the two tribes a no-bid contract that gives them the right to develop a commercial casino in East Windsor, off tribal lands. That’s located just 12 miles from MGM's Springfield property. The proposal also offers the tribes the right to develop an additional resort in Bridgeport.

In addition, the state is proposing to  allow the tribes to operate the state's sports betting and online gambling operations as soon as they’re legalized.

That’s more than MGM Resorts is willing to bear. MGM would also like to expand into Connecticut. They have, in the past, sued over the East Windsor project, arguing that the original pact that the tribes had made with the state had for their resorts didn't give them automatic rights to receive no-bid contracts for other locations in the state. MGM says that the agreement to bar other commercial interests from competing for contracts in Connecticut violates the Constitutional clauses for equal protection and commerce. That case was tossed out of both state and federal court but MGM isn’t done.

The East Windsor deal between the tribes and the State of Connecticut was dependent on the agreement of the  U.S. Interior Department. The tribes say that the DOI were slow-walking a decision due to MGM lobbying of Interior Secretary Ryan Zinke. After a public outcry, Zinke resigned, and the Department approved the deal.

MGM Resorts has now sued the Interior Department as well as the Bureau of Indian Affairs, which is charged with implementing the federal Indian Gaming Regulatory Act. MGM says that approval of the expansion agreement violates federal rules. According to the lawsuit, changes to the tribes’ original agreement with Connecticut "confer a statewide, perpetual competitive advantage" over other gaming operators (such as MGM) which is unlawful.

Legal experts agree that the casino operator has a good case. It’s fairly obvious that, at every turn, Connecticut has favored the Mohegan and Pequot tribes. They’ve excluded any other operators from participation in developing a casino in order to keep its 25% cut from slot machines. Since they began operating, the Indian casinos have contributed some $8 billion to the state's coffers.

To everyone’s detriment, the MGM legal challenge will tie up the expansion efforts for years. That will give MGM a chance to get its Springfield resort up and moving. Now the ball is in the court of the federal courts.