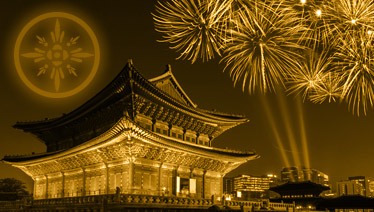 U.S. tribal gaming operator Mohegan Gaming & Entertainment (MGE) has announced that it will be the sole operator of the new Inchon casino project. Mohegan acquired the partner's stake in the online Vegas casino themed Project Inspire which brought the  tribal company's ownership to 100 percent of the project. Mohegan made the move after deciding to expand its operations in Asia which is, they believe,  “the world’s fastest-growing major gaming and entertainment market.”

The Inchon project is expected to be completed in three to four years. Plans are for the complex to feature a 20,000 square-meter casino with 1,500 slot machines and 250 gaming tables, a three-tower luxury hotel complex with 1,350 five- and six-star guest rooms and a Paramount Studios-themed indoor-outdoor amusement park.

For Mohegan Gaming and Entertainment (MGE) the Incheon casino project will be their first foray outside the United States. At present the company operates the Mohegan Sun Pocono in Pennsylvania and the Mohegan Sun casino complex in Connecticut. It also manages gaming facilities in Washington, Louisiana and Atlantic City.

Until 2017 Mohegan Gaming & Entertainment was known as the Mohegan Tribal Gaming Authority. They changed their name to reflect their expanding domestic and international portfolio. The Mohegan Tribe, a small (approximately 2000 members) Native American tribe whose ancestral home is in the present state of Connecticut, opened their flagship Mohegan Sun casino on tribal land in 1996.

Numerous tribal authorities have opened casinos over the past 20 years but the Mohegan tribe has been able to diversify their holdings. They have successfully put their gaming expertise to work at commercial casinos outside their reservation with the goal of protecting against losses that may occur if a company has only one casino is in operation. As a way of protecting the interests of the tribal members, this strategy seems to be a winner.

In 1976 The Supreme Court ruled that states do not have authority to tax Natives on their reservations and lack the authority to regulate Native activities on their reservations This ruling set the stage for Native gaming and by the early 1980s multiple tribal governments were operating Indian bingo operations in locations around the United States.

The Seminole Tribe of Florida led the way, building a large high-stakes bingo building on their reservation which is located near Fort Launderdale.  The Seminoles' were forced into court numerous times over the question of which sovereignty rights are protected by the federal government from interference by state government but by the 1990s the state governments accepted that native American tribes would be able to run private casinos, bingo rooms, and lotteries on reservation lands and sell gaming prizes at whichever limit they chose.

Many people argue that natives have have a significant competitive advantage over other gambling establishments which are regulated by state law. The delicate question regarding the legality of tribal gaming and immunity from state law was put to rest by the Indian Gaming Regulatory Act (IGRA) which was passed by Congress and signed by President Ronald Regan in 1988. In essence, this gives the Federal government the power to regulate gambling on Native American lands.

The Mohegan tribe entered into a number of treaties with the English during the colonial era but their ownership of their ancestral lands was eroded over time and descendants of the original members of the tribe assimilated into the dominant society over time. In the late 20th century, descendants of Mohegan natives reorganized the tribe and claimed tribal lands that the state of Connecticut had illegally sold.

The tribe gained federal recognition and Congress authorized the return of property which is now known as the Mohegan reservation. Tribal leaders established gaming operations on reservation lands to generate revenue for the economic development and social welfare of tribes members.

The Mohegan Sun, which has been open since 1996, has generated substantial revenues including approximately $4 billion in wages, salaries and benefits for employees, over $18 million in charitable contributions and over $65 million in state services. The tribe stands out in the native American casino world because they have diversified their holdings. Even when revenues from the Mohegan Sun, which is located in Connecticut, dipped, the tribe was able to maintain its financial commitments to tribal members from other holdings including  Foxwoods Resort Casino in Connecticut, the Mohegan Sun Pocano in Pennsylvania, Ilani in Washington State and the Paragon Casino Resort in Louisiana.

Now with the Inspire Inchon Casino Resort the Mohegans are going international as they embark on a new adventure.