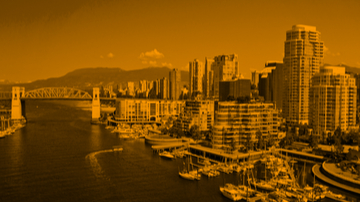 The British Columbia provincial government’s crackdown on money laundering at area casinos is causing a big headache for the province’s gambling venues. The government’s is aiming to end the tradition of turning a blind eye to the casinos’ practice of accepting  millions of dollars in questionable cash. The practice allowed money launderers to get rid of massive amounts of dirty money but the clampdown is throwing the city’s casino gambling business into turmoil.  Happily, this does not effect our beloved online casino gaming - yet, another reason to prefer online casinos.

British Columbia Attorney General, David Eby, is behind the new initiative to eliminate opportunities for gamblers to use the casinos to launder money. New rules, which were implemented in 2018, aim to more tightly identify sources of funds. But as profits plummet and the casinos feel the effects, worry is mounting about whether the industry can weather the new rules.

Critics say that criminals have been using Canada’s casinos to launder money for years and that Vancouver casinos were the center of the practice. Basically, criminals would show up at a casino. A delivery of cash would be made to the individuals who would then use it to gamble.

When David Eby took over as British Columbia’s new attorney general, he was appalled to learn about what was going on. It started when casino regulators showed him footage of individuals wheeling suitcases stuffed with $20 bills into casinos. Then, the surveillance videos showed, those people would trade in the cash for casino chips.

Evidently, the practice was so widespread that some in the global intelligence community were calling it the “Vancouver model.” They believe that Vancouver casinos were used to launder more than C$100m over the past decade. Eby was astounded. “We are famous internationally – or, more accurately, we have become infamous – for money laundering,” he told a federal parliamentary committee. “It’s just mind-boggling.  The sheer volume and the size of these transactions on a regular basis in casinos is just astounding.”

Eby’s government quickly introduced measures to curb this type of money laundering. The new regulations demanded round-the-clock surveillance by regulators at high-risk establishments and required casinos to request proof of a legitimate source for casino deposits of more than C$10,000.  According to government estimates, suspicious transactions at casinos plummeted 100-fold since 2015.

Eby not only wanted to stop the practice, but he wanted to examine the model more deeply. He tasked a money laundering expert, Peter German, to outline how the scheme worked and find out more background about the individuals who were involved. German linked the model to rich travelers from Asia – mostly China – who were  seeking to circumvent their own country’s currency controls.

They would transfer money from their Chinese bank account to another account in China and then withdraw the cash and have it delivered to them in Vancouver. The money was generally the proceeds of some type of criminal activity.

The cash would be used to buy casino chips and from there, winnings would come out clean while losses would flow into provincial coffers. Eby explained. “At the end of the day, a gangster is able to pass off a bag full of 20s and end up with the money transferred into their bank account in China or somewhere else in the world. And the person who is actually spending the laundered money at the casino – when they do the background checks – is not the actual criminal who generated the 20-dollar bills in the first place.”

German suggested that infighting among the various agencies responsible for regulating gambling could account for casinos’ vulnerability to exploitation. It’s believed that, in addition to Chinese money launders, criminal organizations from Colombia and Mexico, as well as from other countries, participated in the scheme.

The casino that is feeling the clampdown most severely is the Parq, a high-end venue that opened in 2017, just prior to the implementation of the new regulations. Andrew Hood, a Toronto-based equity analyst at M Capital Partners Inc. said, “The anti-money laundering regulations in British Columbia have been a problem. The regulations were supposed to cut down on illicit gambling but, of course, that hurt volumes across casinos."

Parq is one of Vancouver’s largest-ever private developments and it felt the downturn immediately. Business picked up slower than expected amid the new restrictions and the casino lost nearly $114 million in 2018 and must now refinance debt. Analysts are concerned that the Parq might fail completely which would throw a new wrench into the muck.

Vancouver and the surrounding area has been hit hard by the crackdown. The city’s casinos have posted steadily rising revenues over the past 10 years but the new regulations have already resulted in serious financial repercussions.   In addition to the blow to the new Parq complex, other area casinos are suffering.

The provincial government, however, is undeterred. Latest estimates are that about $1.7 billion was laundered in Vancouver casinos including large amounts funded by loan sharks and criminal bank drafts. The government is determined that that situation will not repeat itself.