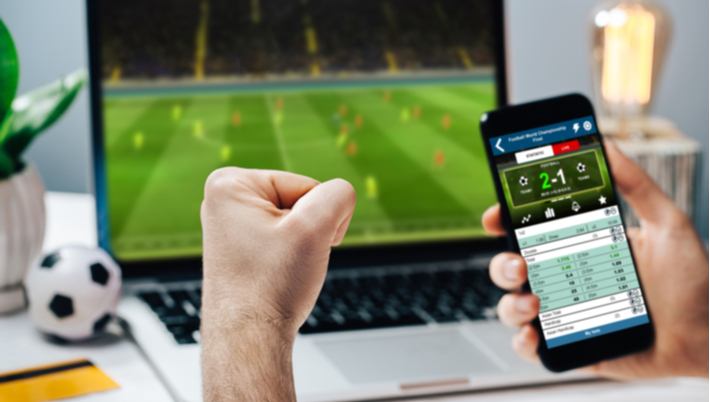 Some of the most recent action on the sports betting front includes in the states of Georgia, Michigan and Tennessee.

Sports betting proponents in Georgia are hoping for the passage of House Bill 93 which will bring legalized gambling to Georgia. Proponents are pushing for the bill based on their beliefs that retail and online betting will bring significant financial benefits to the Peach State.

“It’s the easiest one to pass,” said Georgia Rep. Ron Stephens, chairman of the House Economic Development & Tourism Committee. The Augusta Chronicle quoted Stephens who said, “It clearly does not require a constitutional amendment. … It’s just a matter of us giving the [Georgia] Lottery Commission direction and authority they already have.”

Pro-gambling advocates in Georgia have been promoting pari-mutual betting on horse racing and casino gambling for the better part of a decade. Until recently they weren’t able to muster the two-thirds majorities in the State Senate and State House that were required to approve the constitutional amendments that would get the issue put on the ballot.

Now however, sports betting has the backing of Atlanta’s four professional sports teams – United, Hawks, Braves and Falcons. Last winter those four teams formed a coalition to lobby on behalf of the legislation and now, as seasons have shortened and attendance at sports events has plummeted, the teams are counting on sports betting more than ever as a way to maintain fan interest and engagement.

The bill has passed the Georgia State Senate and is now headed to the State House. The bill calls for 20% of sports betting proceeds to be earmarked for the HOPE Scholarships program. Other  Georgia lawmakers are advocating for their own pet projects to receive gambling proceeds including health care, new scholarships and other educational needs.

Bill 93 has a significant number of opponents in the legislature including those who will vote against the bill because they don’t want to see the new gambling opportunities hurt the state lottery or due to concerns about problem gambling.

Now, as the 2021 version of the legalized gambling debate kicks off, backers of horse racing, casinos and sports betting are getting ready to pre-file legislation during the first weeks of the legislative year. If all goes according to plan, the bill will come up for a vote within the first half of 2021.

Michigan’s online sports and casino gambling is expected to roll out by March 2021 at the latest, but it may be ready to operate by January. The bill to legalize online betting was signed by Governor Gretchen Whitmer last March. The legislation calls for licenses to be awarded to online operators only after they partner with a land-based Michigan casino. Michigan has 26 brick-and-mortar casinos and the state wantd to be sure that any online activity won’t come at their expense.

Both DraftKings and FanDuel are preparing for Michigan operations where betting on both professional sports and NCAA events will be legal for anyone aged 21 and above. Sportsbooks will be based at Michigan’s retail casinos but will operate online to give every Michigan resident the opportunity to place wagers from their own home.

Michigan is one of the few states where lottery games are available for online play. The online lottery games became available in 2016. Now, Michigan’s casinos can also offer online games and sportsbooks to give the state’s residents more options for their gaming entertainment.

All Michigan lottery proceeds go towards Michigan’s School Aid Fund and now, part of the revenue from Michigan’s online gambling will also be put towards that Fund. The other portion of the online gaming revenue will be directed into the First Responder Presumed Coverage Fund which compensates firefighters who contract cancer due to exposure to smoke and/or chemicals while on the job.

State officials are already predicting that the new online wagering options will boost revenue and open up new markets. Observers have noted that in-person sports betting has done well in Michigan and the new online offerings should boost that interest.

Sports betting is still new in Tennessee but those who supported the introduction of sports betting to the state were pleased with the first month’s handle -- $131.4 million. That figure is the largest first-month handle of any state that has legislated sports betting since May 2018 when the U.S. Supreme Court ruled that states could legislate sports betting in their own jurisdictions.

Analysts warn that it’s not possible to make wide predictions based on one month’s results but it does indicate the potential that Tennessee might see from the new industry.

One element that may explain Tennessee’s first month sports betting success is that Tennessee, which has no brick-and-mortar casinos, legislated for online sports betting only. The state didn’t stagger the openings as was done in states such as Iowa, Pennsylvania and Indiana which may have also contributed to the hype surrounding the launch of online betting.  All four approved vendors – DraftKings, FanDuel, BetMGM and the Action247 Tennessee-only sportsbook launched in tandem on November 1st.  Additional operators have applied for licenses.

At present, there are no numbers to indicate how the various sportsbooks performed during November. But overall, the state reported that it collected $2.4 million in taxes from the $13.2 million in revenues. Tennessee’s tax rate on sportsbooks is 20% off gross revenues.