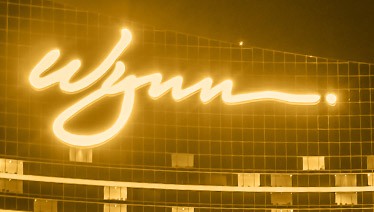 Sometimes there are news stories that make our own Grande Vegas Casino, THE online casino for New Zealand, seem tame.  Consider the next story:

It was only 15 months ago that Wynn Resorts founder, Board Director and CEO Steve Wynn resigned from the company after the company was forced to confront evidence that Wynn had sexually harassed female employees of the company. In the ensuing months, Wynn has had to fight to maintain its standing and its assets around the world. The chapter of Steve Wynn and his sexual misconduct is starting to see an end but the company will be tying up the loose ends for its holdings worldwide for a long time to come.

As part of its attempt to win back the confidence of customers and regulators, Wynn Resorts has begun to consider placing a ban on Steve Wynn which would effectively prevent him from stepping foot on any property owned by the casino empire that he founded in 2002.

Wynn Resorts is presently engaged in a high-stakes interaction with the Massachusetts Gaming Commission (MGC).  The MGC granted Wynn Resorts a gaming license for Massachusetts in 2015 so that the company could build a new casino resort in the state.

Now, the MGC must now decide whether the license was obtained under false pretenses and whether the company is eligible to keep the license. The stakes are high – Wynn Resorts is presently in the final months of building its Encore Boston Casino and plans to open the multi-billion dollar project this summer.

The company hopes that the ban will help convince the MGC that it has broken all ties with its former CEO.  The ban would include all Wynn properties in Nevada and Macau as well as in the new Encore Boston Harbor site. Currently Wynn Resorts has two flagship properties on the Las Vegas Strip, and two in Macau including one along the Cotai Strip.

CEO Matt Maddox who has been with the company since its beginning, took on the role of CEO from Steve Wynn in February 2018. One of his goals has been to try to distance the company from its founder.  “Steve Wynn is not Wynn Resorts” said Maddox. “This company is not about a man. It hasn’t been about a man for 18 years.”

The Commission is discussing the state’s investigative findings into whether Wynn Resort officials withheld knowledge of Steve Wynn’s alleged wrongdoings when it was bidding for the Boston Casino license in 2013.  Maddox denies any knowledge of the sexual harassment and misconduct claims. One of the key issues in the hearings involves whether or not Maddox knew about the $7.5 million payout that was given to the manicurist who accused Wynn of sexual harassment.

Encore Boston Harbor is scheduled to open June 23 2019 which means that the Wynn Resorts could be looking at a white elephant if the decision goes against the company.

The Boston Globe recently published two op-eds in which they demanded that the MGC pressure Wynn Resorts to force Maddox out in exchange for the company keeping its license.

Larry Edelman, the Globe’s Deputy Managing Editor, wrote, “If he didn’t know anything, he should have, and his resignation would cement the company’s claim that it has cleaned house…..I am torn on this, but I think CEO Matt Maddox should be required to step down…..”  Edelman said that he finds “it hard to believe that Maddox, given his role as corporate consigliere, was completely in the dark” about Wynn’s actions.

Another Op Ed was written by  Pulitzer Prize winner Joan Vennochi. Her opinion reads: “Steve Wynn is gone from Wynn Resorts. But not his ugly legacy. That lingers, as long as Matt Maddox, Wynn’s handpicked successor, runs Wynn Resorts,”  Vennochi went one step further when she stated that Wynn’s ex-wife Elaine should be forced to sell her stake as well. She came to that conclusion after Patricia Mulroy, current Wynn board member, told the MGC that Elaine. Wynn is responsible for the company having not informed Massachusetts regulators of the alleged sexual harassment committed by her husband.

If Wynn Resorts adopts the ban on allowing Steve Wynn to enter Wynn Resorts properties it would also be applicable to the Wynn holdings in the Chinese territory of Macau. Wynn Resorts, which is based in the United States, is the parent of Wynn Macau Ltd. That company owns and operates two properties in Macau -- the Wynn Macau casino hotel which is located on the Macau peninsula and the Wynn Palace in the Cotai district. Wynn would also like to obtain one of the three IR licenses that Japan will be granting to open up casinos in that country so it’s important that they demonstrate that their ban on the disgraced Steve Wynn is worldwide.

Banning Wynn from the casino sites is only one of 13 measures that the company has suggested to the MGC as it strives to demonstrate that it is a suitable casino operator for the state’s newest casino.

In its statement to the Commission, Wynn Resorts wrote, “Such measures, if accepted by the commission and incorporated into a decision in this matter, will provide additional assurances that the allegations and misconduct that led to the investigations… do not occur again and ensure that the most important changes implemented by the company over the last year may be enforced as license conditions.”

They also suggested additional measures including improvement and regular review of company policies on preventing discrimination and harassment and the creation of a special unit, within the company’s office of human resources, to deal with any such complaints that may arise.

The company said it was “deeply sorry that it failed to live up to its values and that, in doing so, it let its employees down,” saying that over the past 12 months, it had “taken drastic and meaningful measures” to protect staff against such harassment. In its legal brief to the commission, the company wrote “Wynn Resorts’ acceptance of responsibility and regret for past failures does not render the organization unsuitable today.”

Maddox has denied knowing about the allegations of sexual misconduct and the Nevada Gaming Control Board has confirmed that its investigations show that to be true. Maddox is, at present, “in good standing” with the Nevada regulator.