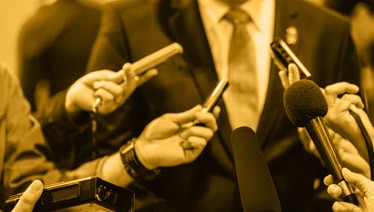 For thieves, getting your hands on a state lottery jackpot is like breaking the bank at an Vegas online casino. The cash is there and the opportunities are present. Since lotteries were made legal in the United States and Canada, numerous incidents have come to light to indicate that people are coming up with increasingly sophisticated methods of defrauding the lottery.

We know about those who have been caught. Are there others? One case study in the complexities of catching a lottery thief:

When Eddie Raymond Tipton confessed to rigging a random number generator to defraud state lotteries, he confessed that he had rigged lottery drawings in other states as well before he was caught. Tipton's successes came about largely because he had been employed as the information security director of the American Multi-State Lottery Association (MUSL) and was working with his brother, former Texas Justice of the Peace Tommy Tipton.

Authorities were first tipped off when a $14.3 million prize for the Hot Lotto draw was left unclaimed for almost a year – hours before the year's time frame was to run out and the prize was to be made invalid an attempt was made to claim the money on behalf of an anonymous, off-shore trust company that was located in Belize.

The Iowa lottery rejected the claim because it was made anonymously which is in violation of lottery rules. However, officials continued to investigate, watching surveillance footage from the convenience store that showed the ticket being purchased and looking into the background of the trust. The investigation discovered that Eddie Tipton had bought the ticket illegally (employees of MUSL were prohibited from lottery participation) and then tried to claim the prize fraudulently.

In December 2010 the Hot Lotto game, a multi-state lottery game, featured an advertised top prize of $16.5 million. A ticket was sold with the winning numbers but the prize remained unclaimed until November 9 2011 when a man who identified himself as Philip Johnston of Quebec City in Canada phoned the Iowa lottery to claim the prize. He submitted the 15-digit code that verified the ticket but was unable to answer questions that verified he was the owner of the winning ticket. The lottery therefore turned down his ticket.

On December 6, 2011 Johnston phoned the lottery again. He stated that the ticket was actually owned by a individual who wanted to remain anonymous. The winner was being represented by  Hexham Investments Trust, a Belize-based shell company. The lottery rules forbid anonymous prize claims and the claim was again turned down.

On December 29, 2011 representatives of a Des Moines law firm came to the Iowa Lottery headquarters to present the winning ticket. This was less than two hours before the expiration of a one-year deadline for prize claims. The ticket was signed on behalf of New York City-based attorney Crawford Shaw and Hexham Investments. The claim was again turned down based on the prize winner's demand for anonymity. Iowa Lottery officials met with Shaw on January 12, 2012 in person. When Shaw refused to identify the owners of the trust his claim was turned down and Shaw withdrew his claims over the prize.

By this time, officials of Iowa's Division of Criminal Investigation were becoming involved. They noticed that "Hexham" had been misspelled on the ticket (as Hexam) on the December 29th claim letter. They traveled to Quebec City and interviewed Johnston (who was listed as Hexham's president). Johnston told them that Robert Sonfield and Robert Rhodes had requested that he help them to claim the lottery prize anonymously. Sonfield and Rhodes were already familiar to Texas officials where they were involved in a "pump and dump" scam.

Another piece of the puzzle involved the surveillance footage from the QuikTrip convenience store in Des Moines where the winning ticket had been purchased. The man who bought the ticket was identified as Eddie Raymond Tipton who was the director of information security at the Multi-State Lottery Association. MUSL employees are prohibited from participating in any lottery game and Tipton was arrested. He was initially charged with attempting to illegally participate in the lottery and attempting to use fraudulent means to claim prizes but the investigation soon uncovered the fact that Tipton had tampered with the lottery's random number generator.

Rhodes was arrested in March 2015 and charged with fraud. Tipton and Rhodes had worked together at Systems Evolution in Houston for seven years. Rhodes was in Des Moines when Tipton purchased the ticket and phone records showed they had been in frequent contact.

Both are presently serving prison sentences.

Tipton was brought to trial. The prosecutors brought evidence that showed that Tipton had rigged the draw in question, thanks to his privileged access to an MUSL facility. He installed a rootkit on the computer that contained Hot Lotto's random number generator and rigged the generator so that it would produce the number on his ticket.

Next, Tipton established the anonymous trust with the help of his brother and another businessman. They wanted to be able to claim the winning prize without identifying themselves as the winners.

After Tipton was found guilty and sentenced, he  admitted that he had rigged other lottery drawings as far back as 2005. Investigators used forensic evidence of a random number generator that was used in a $783,257 Wisconsin lottery incident to discover that Tipton had programmed that random number generator to produce specific results when lottery numbers were drawn on specific days of the year.

Two other incidents include a $568.990 jackpot prize share that Tipton's brother Tommy won in a Colorado lottery draw (Eddie Tipton helped to construct the random number generator for that lottery) and a $1.2 million Oklahoma Lottery prize that was paid to Kyle Conn, an owner of a construction company in Texas.

The Tipton incident has implications above and beyond Iowa. It demonstrates that, despite the high level technology used to secure the lotteries, fraud can and does occur. If Tipton and his cronies hadn't tried the 2010 scam, it's likely that the earlier fraudulent prizes would not have been identified.

Players are waiting to hear what steps lottery officials are prepared to take to secure the games.