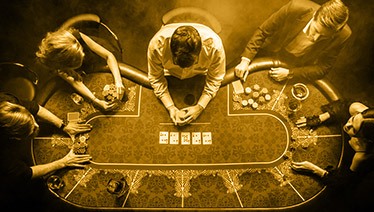 On May 1st New Jersey will join a multi-state player pool. The state legislature is making a concerted effort to offer expanded gambling opportunities to NJ residents and visitors. This includes their United States Supreme Court suit to be able to offer online sports betting and Grande Vegas online gaming options in the state.

The Poker Pool is just the first in the state's long-awaited expansion of online gambling alternatives for those in the state of New Jersey. On May 1st New Jersey will join a poker pool that presently involves Nevada and Delaware. Poker players will be allowed to compete against each other for cash prizes along with the fun and excitement that goes along with the chance to engage in multi-state poker matches.

The state will partner with WSOP.com  and 888Poker.com which are the poker brands of Caesars Interactive Entertainment. Nevada and Delaware have been offering online gaming initiatives for several years but New Jersey intends to join them, anticipating victory in their battle to bring online gambling to the state.

Through the multi-state initiative the states hope to increase the profit margins. To date, Nevada and Delaware have not seen significant revenues from online poker liquidity but they hope that, with larger player pools, the revenues will increase.

According to New Jersey Division of Gaming Enforcement Director, David Rebuck, “This will raise jackpots and provide even greater opportunities for play. It also paves the way for additional states to join and grow the regulated, legal online poker market."

Players in these states who want to participate will need to create a new account and download new software at either WSOP.com or 888Poker.com.  Previous clients of  888Poker and WSOP from Nevada and Delaware will replace old software while New Jersey players who possess an existing account will not need to access the new downloaded software as their existing software will be compatible with the multi-state format.

Delaware and Nevada signed a deal in 2015 that allowed poker players in the two states to compete against each other. New Jersey joined under an agreement signed in October 2017 which will open the multi-state pool to gamers in all three states on May 1st.

In addition to the multi-state poker deal, which only affects New Jersey, Delaware and Nevada, there's a Multi-State Lottery Association (MUSL) which offers multi-state lottery action to member lotteries. MUSL is a non-profit, government-benefit association which is owned and operated by the member lotteries, each of which offering one or more of the games administered by MUSL. The profits realized by the individual lotteries are used to fund projects in the participating states. These projects must be approved by each individual legislature that authorizes its state's participation in the multi-state lottery.

The multi-state lottery came in for criticism when a private multi-state operator was arrested for running illegal gambling operations in six states. In 2013 local, state and federal law enforcement officials charged 57 individuals with being part of an organized $300 million conspiracy that was operated as a "charitable" multi-state lottery. The conspiracy, according to prosecutors, was orchestrated by Allied Veterans of the World.  Operation “Reveal the Deal.” It involved a sophisticated racketeering and money laundering scheme that was centered in “internet cafes” in six states.

Allied Veterans of the World was federally registered as a 501(c)(19), a tax-exempt veterans organization and it publicized its operations as "charitable." Investigators alleged that it ran illegal slot machines and gambling centers which funneled the illegal proceeds through a sophisticated web of for-profit corporations. Proceeds went to Allied Veterans' management, its software provider and its lawyer.

The sting took down more than 100 for-profit corporations along with internet cafes and shell companies that had been set up to conceal the funds and illegal activities that were generated by the gambling centers.  Investigators discovered that between  2008 and 2012, less than 2 percent of the $300 million in gambling center revenues was given to charity.

The sting operation and resulting charges have made many states wary of joining multi-state lotteries or considering joining the multi-state poker online. But with New Jersey's involvement, things may soon change for gaming aficionados in other states.