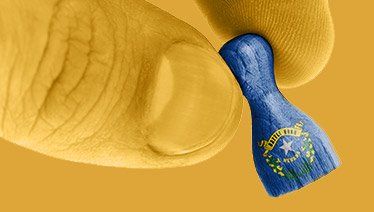 The coming election is bringing two financial giants into major conflict in Nevada. Warren Buffet and Sheldon Adelson are dueling it out over Question 3 and the results will significantly impact the online casino and land-based casino industry in Nevada.

The decision is worth hundreds of million dollars. The question involves the future of Nevada’s energy market. Nevada voters will be asked to choose sides between the casino companies and NV Energy.

The move to put Question 3 on the ballot was initiated by Adelson who would like to see a state constitutional amendment that will allow consumers to pick their own power provider. Adelson is the measure’s primary financial backer. He started pushing for the ballot initiative last year after state regulators prevented his casino, the Las Vegas Sands Corp., from leaving NV Energy’s power grid without first paying a $24 million fine.

Adelson is fighting another businessman with deep pockets, Warren Buffet. Buffet is the chairman of NV Energy‘s parent company which provides 90 percent of Nevada’s power. Buffet is putting a lot of his own funds into winning at the ballot box but he has also made it clear that he is prepared to stop selling electricity in the state -- which will mean selling off its Nevada power plants -- if the energy choice initiative is voted into law.

In 2016 Nevada voters voted on a similar initiative, which passed. Now they must approve it again in order for the law to take effect as a constitutional amendment. Adelson is pushing for the measure to pass while Buffet is warning consumers that, if the amendment does become law, consumers in Nevada will end up paying as much as an additional $25/month to cover higher energy costs.

Poll results about the initiative don’t give a clear picture. A committee of policy experts and lawmakers, formed by Gov. Brian Sandoval, could find "no clear consensus" on whether deregulated electricity markets would be beneficial to all ratepayers. According to the panel, there is some evidence a competitive market could help out larger industrial and commercial energy consumers but, for a definite answer, the jury is still out.

Sandoval once promoted the idea of energy choice and he voted for the 2016 measure but today he’s unsure as to whether he will vote for it again or whether the change will be in state consumers’ best interests. A spokesperson for Sandoval said “While the governor would be supportive of anything that lowers rates for consumers, as any responsible voter would do, he looks forward to reviewing all the information and, as such, has not yet decided how he will vote on Question 3 in 2018.”

State officials, politicians and other observers are divided over the issue. U.S. Sen. Dean Heller, R-Nev., is undecided on the measure. His objective, he said, is to make sure consumers' power rates stay as low as possible. U.S. Rep. Jacky Rosen, D-Nev, who is running for Heller’s seat in the Senate this year, supports access to more renewable energy options but wants to make sure that consumers don’t end up paying more if Question 3 passes -- a scenario which she isn’t sure might not happen.

Other officials with misgivings include Clark County Commissioner Chris Giunchiglian and Steve Sisolak who is running for the governor’s seat in Nevada. Both are concerned that, if Question 3 passes, Nevada could lose control over electricity rates. Both supported the initiative in 2016 but oppose it now.

One supporter is Nevada Attorney General Adam Laxalt who is the Republican candidate for governor this year. Laxalt supports the initiative and has since 2016.

State regulators say that if Question 3 passes it’s likely that residential energy consumers will end up paying more and commercial consumers will see a drop in their electricity bills. The amendment is, unsuprisingly, supported by the big casinos including Wynn Resorts, Caesars Entertainment and MGM Resorts. They’ve already paid a combined $173 million in fees to exit the NV energy grid but now Adelson is rebelling.  He joins other proponents who argue that, if the measure passes, voters and state lawmakers will need to create a new market structure to determine who benefits from the measure.

Such a structure will need to take into account the question of  how much it might cost, and how long it would take, to break up with NV Energy if Buffet follows on his pledge to abandon the company’s long-term generation contracts and  power plants. State regulators estimate that the state will have to pay up to $6 billion in financial losses that would be passed along to Nevada customers.

The campaign to get Question 3 passed is being run by Nevadans for Affordable Clean Energy Choice. Attorneys for the group point out that ratepayers are already paying for the company’s long-term power agreements. According to them, the remaining costs of transitioning into a new, competitive energy market will be offset by last year’s tax reform.

Last year the Nevada Legislature passed a law that requires NV Energy to buy back excess energy produced through home-installed solar panels. Some Question 3 opponents say that new power providers wouldn’t necessarily be obligated to do the same. The energy-saving program currently allows thousands of Nevadans to sell solar energy back to the grid -- if Question 3 passes, that program might be endangered since outside power companies might not comply current laws that govern the amount of renewable energy that must be sold to Nevada power consumers.

Question 3 proponents point to the language of the initiative itself, which expressly provides for “renewable energy, energy efficiency and environmental protection” and does not undo the previous legislation.

Whatever happens at the ballow, the fight over deregulating the energy market in Nevada is likely to continue. Observers are already saying that the campaign is already the most expensive ballot push in Nevada history, with $14 million spent so far. Both Adelson and Buffet have pledged to spend millions more before the November 6th election.

Yet regardless of what happens, both sides are gearing up for future legal battles. If lawmakers end up with the task of re-regulating the electrical grid, there are plenty of challenges to be filed, both from activists who want to see clean energy investments preserved and expanded and consumers protected from price spikes.

The Nevada Conservation League, an environmental advocacy group, has not taken a stand on the ballot proposal. Andy Maggai, executive director of the organization, says “It all depends on implementation. How it gets implemented depends on the (state) Legislature and the (Public Utilities Commission of Nevada). My expectation is that this is a Legislature that wants Nevada to be a leader in clean energy. I have a lot of faith in the (legislative) leadership to do that.”