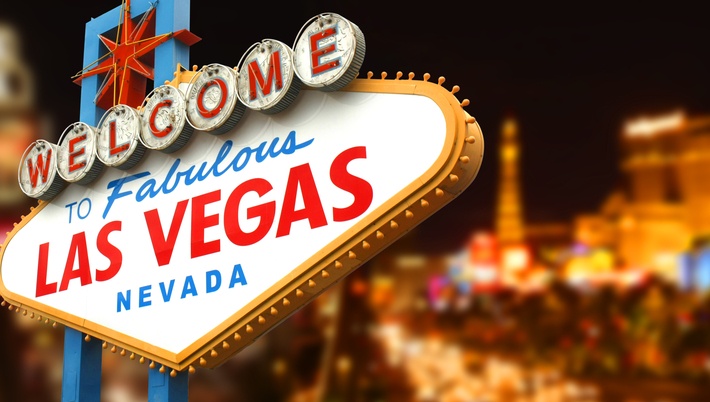 For years, the Nevada and Vegas casino operators put forth some of the most strenuous opposition to legalization of online gaming in America. Led by Las Vegas Sands CEO Sheldon Adelson, the casino industry has fought tooth and nail to keep online gambling as limited as possible.

For many years, Adelson had his way. But once the Supreme Court ruled that states could legislate sports betting in their jurisdictions and New Jersey added online sports betting to their sports betting bill, the house of cards began to fall.

Now, as Adelson predicted, the Vegas casinos in particular along with Nevada as a whole are starting to feel the impact of the growing online betting industry.

One of the first signs that the traditional casino world was giving in to the inevitability of online betting was the acceptance of international online gaming companies to the U.S. Casino lobbying Group American Gaming Association. The AGA represents the $40 billion casino industry in Washington.

Leading international online gambling firms The Stars Group, GVC Holdings PLC and Paddy Power Betfair are now members of the AGA Board of Directors and have significant influence on the AGA’s lobbying activities. Geoff Freeman, president and CEO of AGA said, “More than ever before, AGA’s diverse membership reflects the broad interests of the casino gaming industry.”

Until recently, the AGA publicly supported limiting Internet betting but over the last two years the lobby has backed off that stance and has, instead, turned its focus on efforts to expand sports betting in both land-based retail outlets and through mobile sports betting sites.

It’s especially notable that the AGA accepted PokerStars. PokerStars’ entry into the New Jersey gaming market was once staunchly opposed by the AGA which said that their opposition was due to the fact that “the integrity of the gaming industry would be gravely compromised by any regulatory approval of PokerStars, a business built on deceit, chicanery, and systematic flouting of U.S. law.” PokerStars owner, the Stars Group, now sits on the AGA and PokerStars itself how has a license to market to New Jersey gamers.

Each state’s regulations are different – in some states, online gambling must be operated by an existing land-based casino while in other states, Internet betting sites may also run online betting operations. Some states allow only online sports betting while others include online poker and online casino games in the list of legal offerings.

But most observers believe that the horse is already out of the gate and Nevada casinos will never be able to corral online betting again.

Nevada allows online betting but only for poker and sports betting. With the COVID-19 pandemic  which has caused statewide gaming revenues to decline more than 99% to $9.44 million from the same period last year, some Nevada operators are rethinking their position on making online casino gambling available to the general public.

In April and May combined, the sole source of Nevada’s gaming revenues came from mobile sports wagering on Korean baseball, Chinese table tennis, Belarusian soccer and other non-traditional games, as well as on Nevada’s lone poker site WSOP.com

New Jersey and Pennsylvania online gambling sites include wagering on table games and slot machines in addition to sports betting and poker. They offer all of the amenities of traditional casino settings along with the ability for gamers to play from home while social distancing. There are multiple online gaming websites operating that are affiliated with gaming companies that are tied to Nevada.  They include Golden Nugget, Caesars Entertainment and MGM Resorts International, Caesars Entertainment owns the World Series of Poker-affiliated WSOP site.

John Pappas, spokesman for the iDevelopment and Economic Association (iDEA Growth), a Washington-based trade organization for the digital and interactive gaming community said, “From our organization’s perspective, Nevada is missing out. We recognize that change in Nevada has to be spearheaded by the brick and mortar casinos. There can be a tremendous amount of benefit.”

Eilers and Krejcik Gaming Research analyst Chris Grove said “It’s evident to us that the introduction of online casino would have an additive impact on the total amount of gambling revenue generated by the Nevada locals market,” Grove believes that  a “healthy debate” should start taking place in comparisons of New Jersey’s growing online gaming market with Nevada’s online casino potential.

Even with the facts staring them in the face, some of Nevada’s casinos are reluctant to move in the direction of online gaming. At Caesars, a representative said the company wasn’t aware of any plans for Nevada to legalize online casino games.

Other operators, however, are looking at online gambling as their future. A spokeswoman for MGM’s joint venture online wagering application BetMGM said it would offer online gaming once it’s allowed in Nevada.

Golden Nugget Online Gaming General Manager Thomas Winter said, “We look forward to expanding our operations to Pennsylvania and Michigan, where our licensing process is ongoing. We are closely monitoring the legislative momentum in other states.”

Overall however, there’s a lack of consensus in the casino industry among Nevada operators. Sheldon Adelson of Las Vegas Sands hasn’t budged from his long-held opposition to online gaming – he once vowed  that he would be willing to spend millions to kill the activity.

MGM, on the other hand, is moving quickly to get its foot in the door in the interactive gaming business. The MGM app is expected to be operating in 11 states by the end of this year.  Caesars is also expanding into online gaming through its online sites in New Jersey and Pennsylvania.

Technically, Nevada could add online casino gambling without a legislative initiative. The decision of whether to open the state up to more online betting opportunities is in the hands of state gaming regulators. But for now, it doesn’t look promising.

Nevada Gaming Control Board Chairwoman Sandra Douglass Morgan said that the Gaming Policy Committee met in 2016 to discuss future online gaming options for Nevada but came to no agreement to expand interactive gaming beyond internet poker. No further regulatory action has been taken since then.